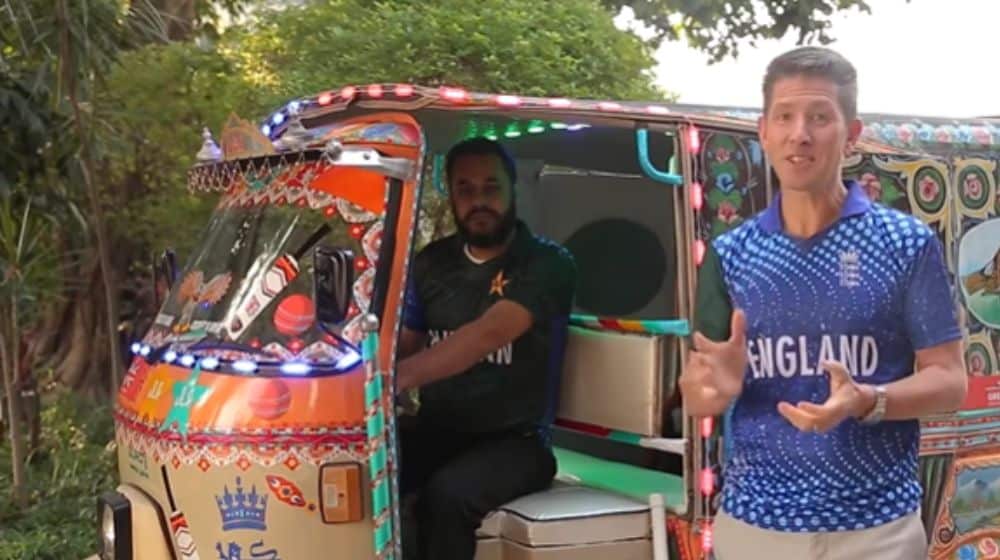 British High Commissioner, Christian Turner, has sent a message to cricketers in the Urdu language for the first Test match between Pakistan and England at Rawalpindi Cricket Stadium.

While heaping praise on both teams, Turner said that Pakistan and England cricket has reached tremendous heights and has created a sensation in the cricketing world.

The High Commissioner went on to say that both teams played magnificent cricket in the seven-match T20I series in Pakistan as well as in the recently concluded T20 World Cup 2022 final in Australia.

Turner said that England continued to dominate in the bilateral series and T20 World Cup 2022 final and that now everyone’s eyes are on the Test series.

Turner also spoke with the rickshaw driver in Potohari at the end of the short video, winning hearts on social media.

Pakistan and England kicked off the three-match Test series today at the Rawalpindi Cricket Stadium, with the Ben Stokes-led side winning the toss and electing to bat first.