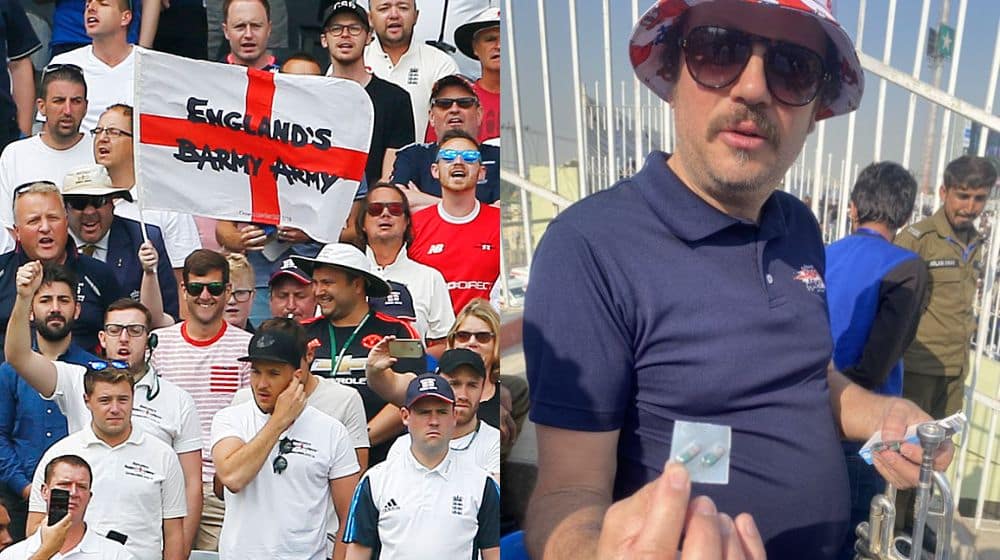 England fans, just like their national cricket team prior to the start of the first Test match on their historic tour of Pakistan, have been feeling the effects of a different environment in the country.

Many of England’s Barmy Army fans have been feeling unwell during the first Test at Rawalpindi, which has increased the demand for Imodium medicine within their ranks. Imodium tablets are used to treat sudden diarrhea, including traveler’s diarrhea, which often occurs due to a change in food consuming patterns.

Barmy Army’s official account took to social media to provide an update on the condition of their fans. It tweeted, “Imodium currently in high demand amongst the Barmy Army.”

Imodium currently in high demand amongst the Barmy Army.#PAKvENG pic.twitter.com/56ptS27azU

Earlier, the start of the first Test match was put in doubt as several English players felt unwell on their first tour of the country in over 17 years. The players reported feeling unwell just two days before the start as they decided to stay in their rooms in order to protect against further infections.

ALSO READ
Is This End of the Road for Azhar Ali?

They did manage to recover in time for the start of the Test as the match started according to schedule. England took the charge of the match as they got a stronghold from the first ball.

England is in commanding position, needing three wickets to win the match at the time of writing.