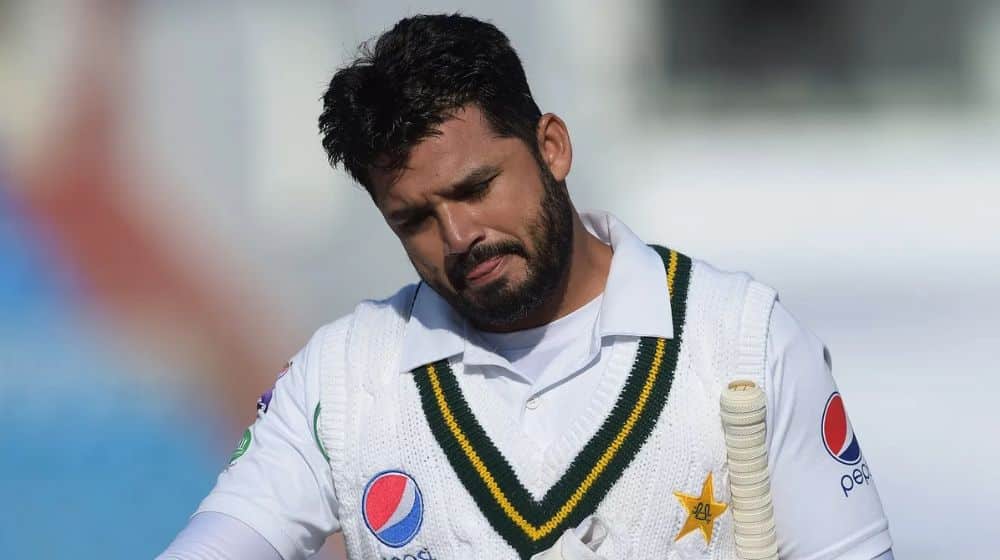 Experienced middle-order batter, Azhar Ali, has been a mainstay for Pakistan in the Test side since his debut in 2010. The batter has a formidable record in the longest format of the game with over 7,000 runs.

While Azhar has been a top performer for Pakistan over the past 12 years, his recent form has been a worrisome sign for the national side.

His failure in Sri Lanka followed up by a less than convincing against England in the first innings of the Rawalpindi Test match, has put his place in the Test line-up in major doubt.

With so much responsibility on his shoulders, the former Test captain has proven to be a liability recently, and his performances have put Pakistan in a spot of bother on multiple occasions. Pakistan management will be hoping for Azhar to regain his form of old and play match-winning contributions again as Pakistan aims to make it to their first World Test Championship final.

But if Azhar fails to live up to the expectations, it could mean the end of the road for the batter. With the likes of Shan Masood warming the bench and Fawad Alam being left out of the squad, Azhar needs to get back to his best or he could lose his place in the Test side in the near future.

Here is how Azhar has performed recently:

The 37-year-old is Pakistan’s fifth-highest run-scorer in the format and has the sixth most Test caps for the country in history. With 96 Test matches already under his belt, Azhar’s aim will be to become only the sixth Pakistani player to cross the 100-Test cap club. Azhar will be aiming to achieve the milestone in Pakistan’s next Test series against New Zealand.

The Men in Green are set to play two more matches against England before their two-Test match series against New Zealand, which would be enough for Azhar to make it to 100 Test matches.

Despite Azhar’s recent failures, it is unlikely that he will be dropped from the side, at least until the end of Pakistan’s home Test season. Azhar’s experience and the upcoming milestone will be enough to keep him in the Test side for the next series, but he is likely to be replaced after he achieves the remarkable feat.

Here’s the list of players with the most Test matches for Pakistan: