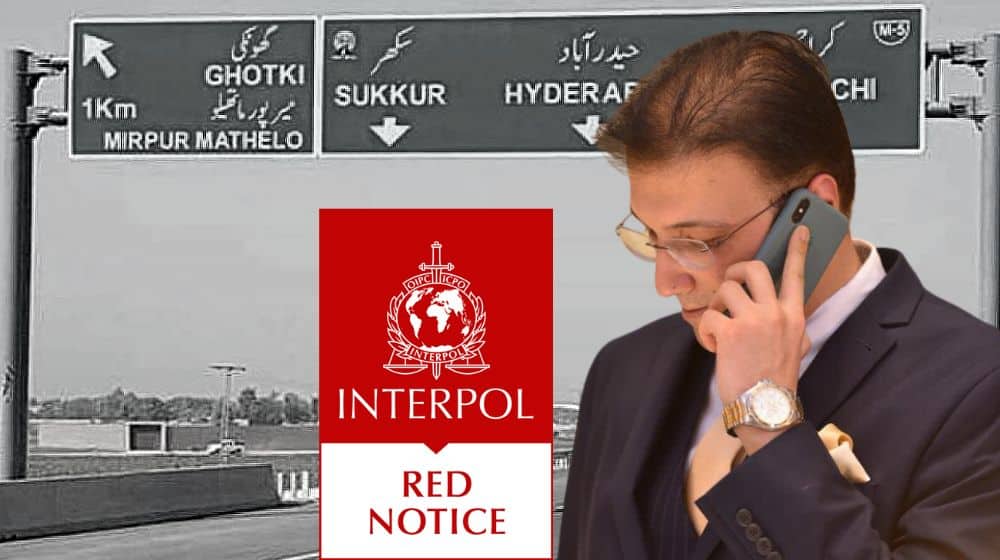 The Sindh government is considering asking the federal government to issue a red notice for the arrest and extradition of absconder Deputy Commissioner (DC) Naushahro Feroze, Tashfeen Alam.

A red notice is a type of Interpol warrant that seeks the location/arrest of a person wanted by a judicial jurisdiction or international tribunal with a view to extradition.

The bureaucrat is wanted by the provincial government in Sukkur-Hyderabad (M-6) Motorway project corruption case. DC Naushahro Feroze along with other bureaucrats embezzled over Rs. 2 billion in the M-6 project.

Tashfeen Alam fled to Azerbaijan on 19 November while Sindh’s Services General Administration and Coordination Department (SGACD) suspended him on 22 November, four days after he left the country.

Addressing a press conference regarding the case, Murtaza Wahab, the Sindh government’s spokesperson, said that Anti-Corruption Establishment (ACE) has filed a case regarding the M-6 Motorway project corruption case.

He said that the case is based on a detailed report from the investigation committee. ACE will officially request the federal government to issue a red notice for the arrest and extradition of Tashfeen Alam in the coming days.