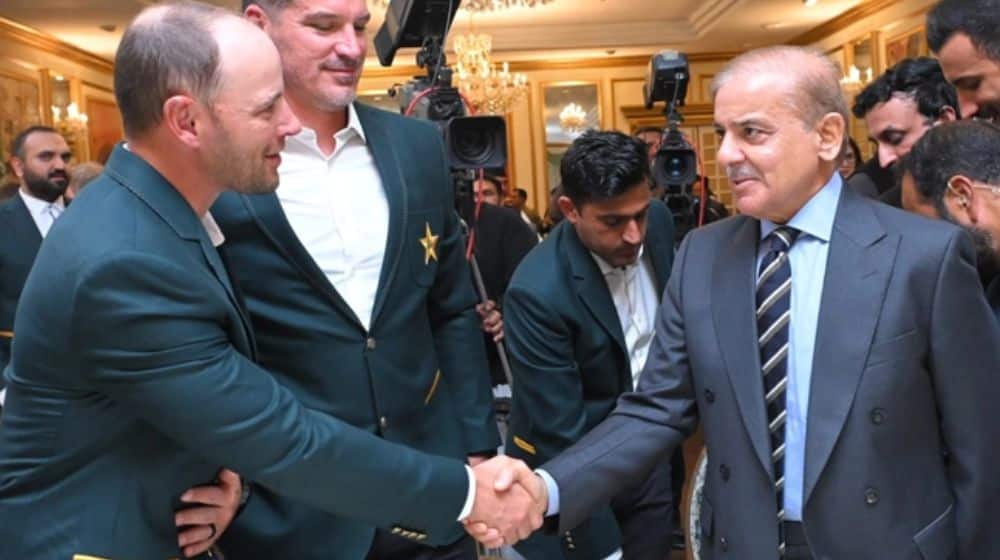 While congratulating the visiting side for the remarkable win, the premier stated that England deserved the victory because they performed admirably throughout the five-day match.

The Ben Stokes-led side defeated the home team by 74 runs to take a 1-0 lead in the three-match Test series, and both teams will now head to Multan for the second game.

📸 Dinner hosted for the Pakistan and England teams at the PM House in Islamabad#PAKvENG pic.twitter.com/nTXeCn6DB3

Shehbaz Sharif also praised the effort made by Pakistan in the match despite the opposition’s aggressive cricket, stating that he believes in this team and is confident that they will bounce back in the second match.

The Prime Minister also thanked Ben Stokes, saying that while he was unable to attend the dinner, he appreciated his assistance to flood-affected people in Pakistan.

Shehbaz Sharif went on to say that England and its people have always helped Pakistan in difficult times, and Ben Stokes’ donation will be beneficial for flood victims.

It is pertinent to mention here that Ben Stokes announced donating his match fee for the ongoing three-match Test series to those affected by severe floods in Pakistan.