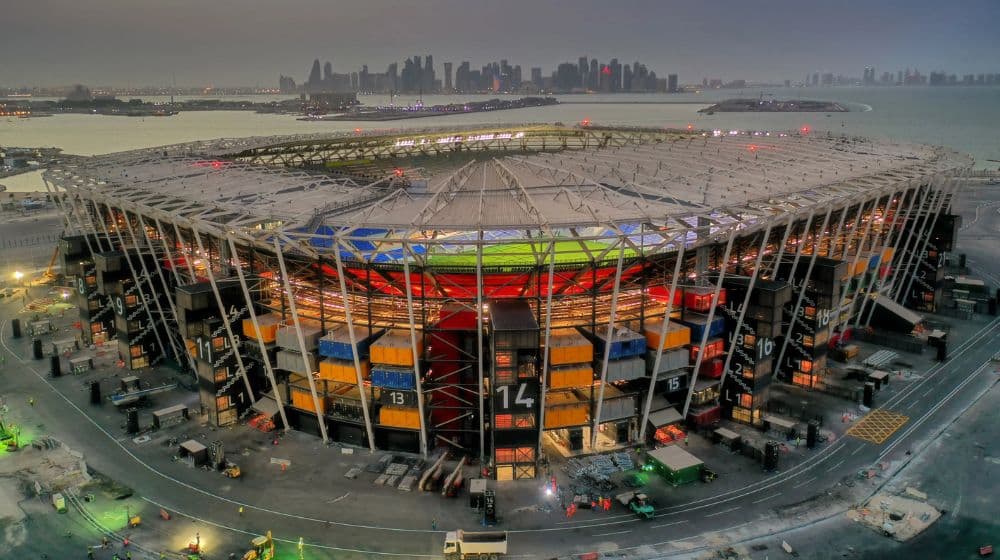 The newly-constructed Stadium 974 in Ras Abu Aboud is set to be dismantled after it hosted its last match of the 2022 FIFA World Cup between Brazil and South Korea last night.

The stadium gained fame due to its unique architecture as it was made using 974 shipping containers, hence the name, Stadium 974. It was the only stadium in the 2022 FIFA World Cup that was not air-conditioned, thus all the matches in the stadium were played in the evening due to a cooler temperature as compared to during the day.

Stadium 974 hosted a total of seven matches in the ongoing World Cup, including six matches in the group stages and one in the Round of 16. The stadium has a capacity of 40,000 spectators and was the first temporary venue in FIFA World Cup history.

According to details, the unique stadium has already been started to dismantled by the authorities and it is set to be shipped to various countries around the world in order to help them with their infrastructure.

A total of eight stadiums hosted the FIFA World Cup matches in Qatar. With the tournament heading to the business end, only five stadiums will now be in use for the rest of the matches. The final match of the tournament will be played at Lusail Stadium on 18 December, while Al Bayt, Khalifa International, Education City, and Al Thumama stadiums will be active from the quarter-finals onwards.