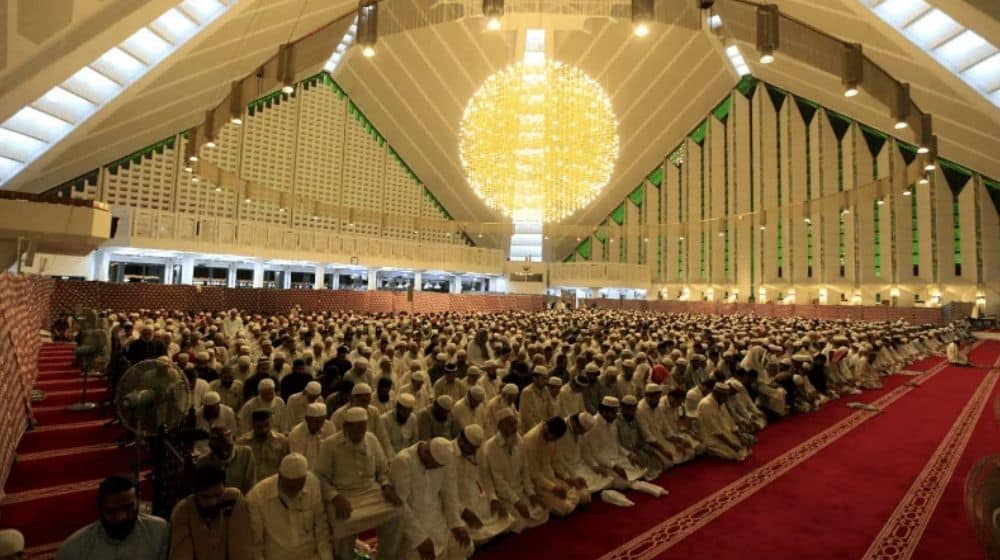 President Alvi emphasized that women all across the world are permitted to pray in mosques while dressed modestly in Islamic attire and with their hair covered. However, women in Pakistan are not allowed to pray or enter the main hall of the Faisal Mosque, he argued.

In addition, President Alvi remarked that the main hall does not have a separate area for women and added that unhealthy persons and the elderly are forced to use stairs since there are no elevators or escalators.

According to the details, President Alvi took notice of these issues after they were highlighted in the media. He suggested that women should be allowed to pray in the main hall of the Faisal Mosque. Meanwhile, he has urged the administrator to have a detailed discussion about the matter with him.

On the other hand, the Capital Development Authority (CDA) remarked that the prohibition on women worshipping in the Faisal Mosque is in line with a policy of the Dawah Academy of International Islamic University.

It is worth noting here that women all around the world are allowed to pray inside mosques and they have special areas for this purpose. Even several local mosques in Islamabad have designated sections for women where they are allowed to pray freely. It remains unclear why Dawah Academy has prohibited them from praying in Islamabad’s grand mosque.