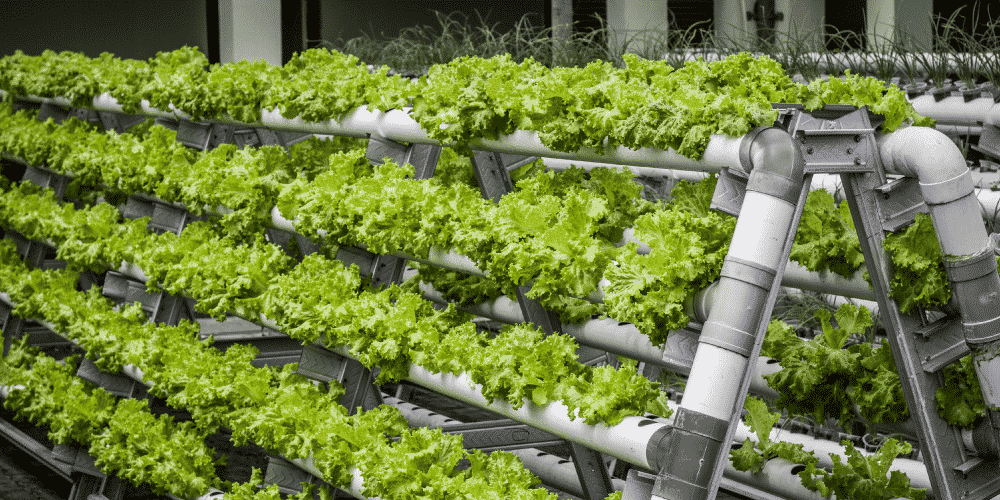 Vertical farming — the practice of growing crops in vertically stacked layers — is gaining traction across the world due to better production prospects as the world’s population continues to grow. A recent United Nations report put the expected global population at around 8.5 billion in 2030 and 9.7 billion in 2050.

The history of hydroponics, defined as growing plants in nutrient-rich water with or without any supporting media like sand and gravel, is as ancient as conventional agricultural practices. More recently, microbiologist Dickson Despommier, public health professor at Columbia University, and his students came up with a conceptual 30-story skyscraper in the 90s, where 100 kinds of fruits and vegetables in vertical farms would grow, along with housing fish and chicken, in an integrated operation.

According to India-based Allied Market Research, the global market cap of vertical farming was valued at $3.24 billion in 2020 and is predicted to reach $24.11 billion by 2030. Though the major share was exhibited by hydroponics, the most growth in the upcoming years will be registered by the aeroponics segment of the industry. Vertical farming is carried out in a controlled environment that can either be hydroponics, aquaponics or aeroponics with their respective benefits and challenges.

There are six different ways of growing plants in a hydroponic or any soilless environment ranging from deep water culture systems to the aeroponic technique — suspending plants in the air and exposing their roots to a nutrient-filled mist. The most widely used globally as well as in Pakistan is the drip system, which constantly pumps nutrient solution through tubes serving individual plants. Excess water can either be re-circulated or drained out of the system depending on your business needs but this kind of design has the edge over others due to the extensive variety of plants and the ease with which it can be scaled to support larger operations.

The biggest benefit of growing plants in hydroponic or aeroponic environments is the yield. Hydroponic farms have been observed to provide up to 10 times more yield in the same space with 90% more efficient use of water. In some leafy crops like lettuce, the yield increase has been reported up to 100 times more than the conventional methods. These plants also exhibit faster maturation, shortening the overall production cycles. This brings us to the second benefit of land use efficiency.

Agriculture land is rapidly declining due to urbanization along with dwindling water resources, rising dry lands and other disastrous effects of climate change. A UN Food and Agriculture Organization (FAO) report predicts that per capita arable land will be reduced to 0.15 hectares by 2050 from 0.38 hectares in 1970. In Pakistan, reportedly 20%-30% of fertile land in Punjab and 70% of agricultural land in Lahore alone has been converted into housing and industrial units. This piles up pressure on existing land resources in the wake of a population boom.

Another crucial advantage is the resilience of these systems against constantly changing weather patterns and climate change. It delivers virtually organic produce with little or no use of agrochemicals like pesticides and herbicides. It also results in the fully optimized use of nutrients, leaving no wastage or pollution hazard.

There are few agritech startups in Pakistan working in the vertical farming industry. Islamabad-based Aether is one of them, and the firm specializes in providing turnkey hydroponics farm solutions, management services and also markets hyperlocal produce for business owners.

When asked about the initial investment and profitability of these small businesses, Zarak explained that they charge Rs. 2.8 million per acre for low-density and Rs. 3.5 million for high-density farms, with few hundred thousands in running costs of electricity and labour. The capital investment should be covered in the first six months as each plant in a hydroponic environment produces at least five times more yield than a traditional farm, he said.

Hydroponics usually faces criticism for not being competitive to traditional products but Zarak argued that given the recent fertilizer price hike, hydroponics may be the only one competitive option. He stated that temperatures crossed 50 degrees this season in Bannu but their hydroponic tomato plants kept growing due to a regulated environment.

Hydroponics is undoubtedly a great tool against climate change and population boom as it enables us to get higher average output from populated city centers, causing less disruption to the ecosystems. But it has a long way to go in Pakistan. It’s a high initial investment with a special market and our farmers have yet to realize its true potential. There has to be a strong push toward these eco-friendly alternatives. Otherwise, we may not be able to meet our climate change goals and feed masses.

Graduate Agronomist from University of Agriculture, Faisalabad and Research Journalist with more ...