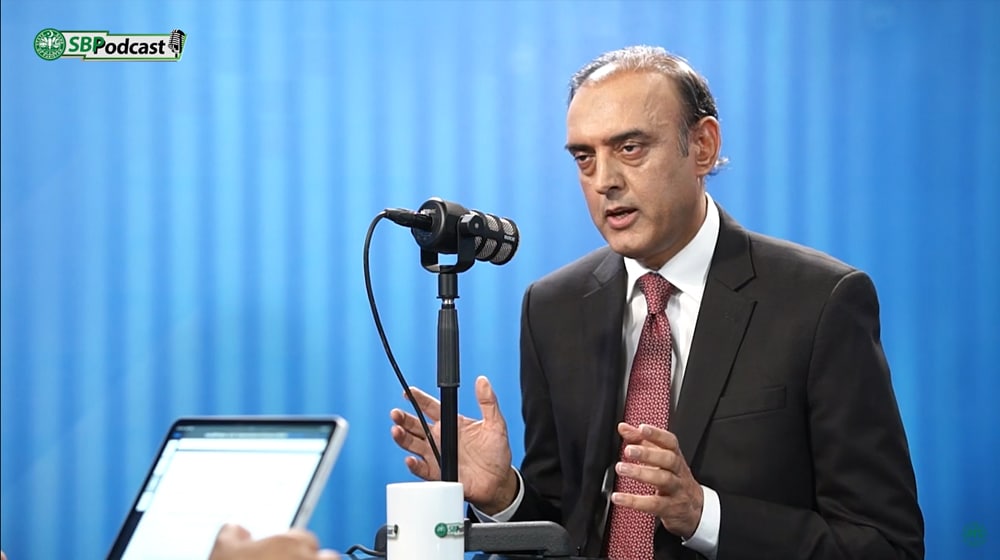 State Bank of Pakistan (SBP) Governor Jameel Ahmad has said that all debt repayments are on track and the country’s foreign exchange reserves are expected to rise in the second half of the current fiscal year 2022-23.

The SBP Governor recalled that at the start of FY23, Pakistan’s total repayable debt was $23 billion, and the current account deficit (CAD) was around $10 billion, taking the total to $33 billion.

He said the central bank has already paid off $6 billion in debt obligations to bilateral partners, while a number of governments have rolled over nearly $4 billion, for which agreements have also been signed.

All debt repayments are on track and country's foreign exchange reserves are expected to rise in second half of fiscal year; says Governor #SBP Mr. Jameel Ahmad in an exclusive #SBPPodcast. Watch full: https://t.co/5ICLUu4iSr pic.twitter.com/TudoeE65Bq

“We can say that this $10 billion debt cushion from bilateral countries has been settled, leaving $13 billion in debt, of which $8.3 billion is government/government-related commercial loans,” he said. Pakistan is expected to receive an $8.3 billion rollover facility, and talks have taken place in this regard as well.

So, subtracting $8.3 billion from $13 billion yields approximately $4.7 billion, of which $1.1 billion is a commercial loan that Pakistan must repay to foreign banks and approximately $3.5 billion is owed to multilateral partners. For the remainder of FY23, Pakistan will not issue any additional Eurobonds, and no maturity payments are required, the governor stated.

Pakistan received approximately $4 billion during the first five months of FY23, compared to the full-year target of approximately $34-38 billion, with some rolled over as previously explained. More inflows are expected for the rest of the fiscal year. The money we were supposed to get in the first half of FY23 will now come in the second half, the governor said.

“Our foreign exchange reserves were $7.9 billion last week after receiving $500 million from the Asian Infrastructure Investment Bank (AIIB). Although it is common knowledge that the central bank recently paid off a Sukuk, other debt obligations were also fulfilled in the past week. After accounting for inflows during the period, reserves stood at $6.7 billion at the end of the week on December 2nd,” the governor added.

Other prospectus inflows being worked on by the government include $3 billion from a friendly country and additional inflows from other multilateral and bilateral partners. The governor said that the forex reserves will improve as soon as these amounts start coming in.