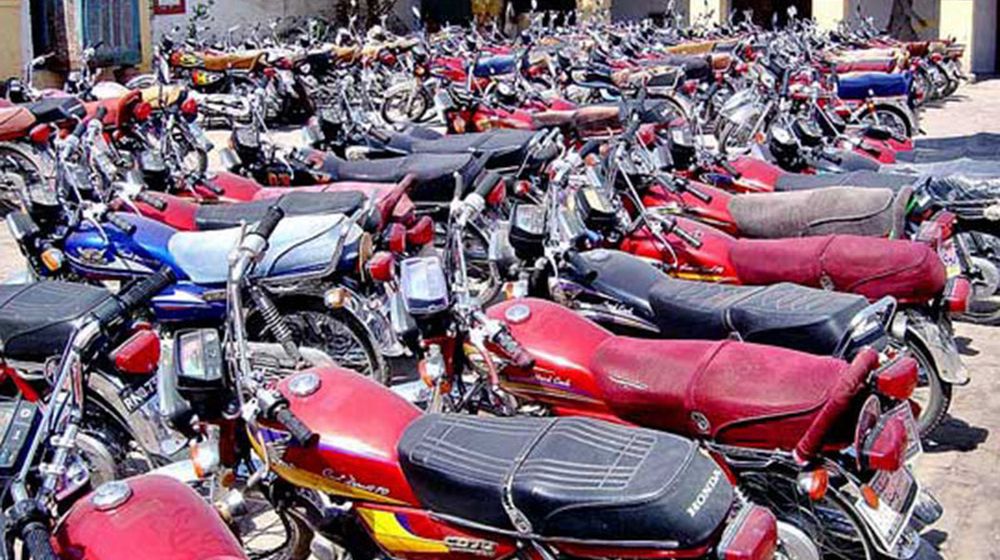 Bike theft is a common occurrence in Karachi and has haunted citizens for a long time. In a recent report in this regard, authorities have reported a theft of 10 motorcycles at once from the Wednesday Bazaar near UP Morr.

The report states that every Wednesday or Sunday, dozens of bikes get stolen from the market near UP Morr, yet the authorities are silent. It highlighted that most of the thefts and burglaries happen within the jurisdiction of the New Karachi police station.

One of the victims at the police station stated that he parked his bike for less than 5 minutes. He added that although the bike had a big lock, it got stolen from the parking.

The affected citizens said that the theft of multiple bikes cannot be the work of two or three people. They added that there are multiple gangs that steal bikes from this area.

Shopkeepers said that such thefts have become normal as every Wednesday and Sunday, motorcycles in big numbers are stolen here. They added that multiple gangs are active in this area who like to steal bikes for sport.

They also alleged that the police knows about the issue and refuse to do anything to address it. The shopkeepers said that the law enforcers receive multiple complaints each week about theft instances.

Yet, they do not deploy more security or surveillance in this area, letting the thieves get away with their crimes.