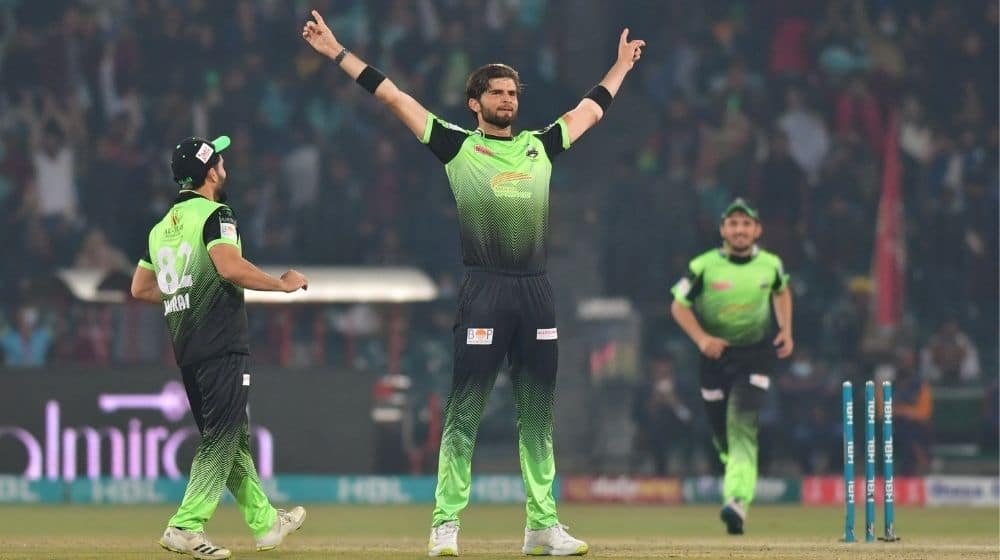 Star Pakistani pacer, Shaheen Shah Afridi, has shared an update on his injury and his comeback in the upcoming Pakistan Super League (PSL) edition.

Speaking to the media, the left-arm pacer stated that he feels much stronger than he felt during the T20 World Cup 2022 and is eager to make a comeback soon.

Responding to a question, the 22-year-old pacer remarked that he bowled about 19 overs every day last week and plans to bowl about 25 overs this week.

“It is good to be back in the ground, I missed this all so much and I am thankful to the Almighty for this,” Shaheen Afridi added.

He described his team, Lahore Qalandars, as a well-balanced side and expressed hope that it will produce better results than before.

Separately, Shaheen is also set to feature in the ninth edition of the Bangladesh Premier League (BPL) where he will be representing Comilla Victorians.

As per media reports, the left-arm bowler will travel to Dhaka for the final two matches, just days before PSL starts.

Earlier this month, Shaheen was spotted bowling during the lunch break of the second Test match between Pakistan and New Zealand in Karachi.

Following his appearance, the Pakistan Cricket Board (PCB) issued an official statement providing an update on his injury.