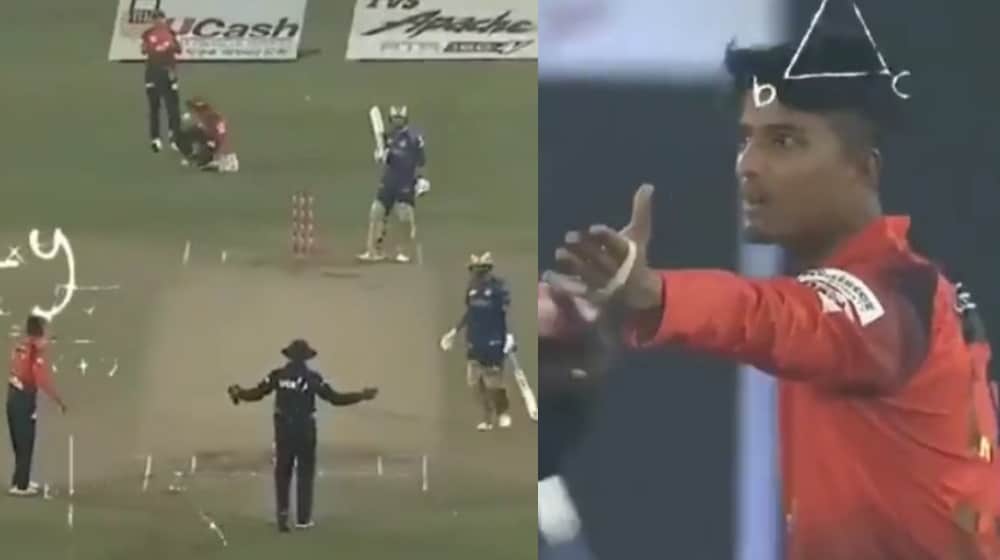 An old video from the Bangladesh Premier League 2019 has surfaced on social media and has caused a stir among cricket fans. The video, which shows an umpiring blunder during a match between Dhaka Dynamites (now Dominators) and Khulna Titans (now Tigers), highlights the long-standing problem of poor umpiring in the league.

While the umpiring standards in the ongoing season of the Bangladesh Premier League are being questioned, an old video of hilariously awful umpiring has gone viral on social media. In the video, Mahedi Hasan bowled a short delivery outside off-stump, taking a thick inside edge off the bat.

However, the umpire signaled it as a wide ball instead of a fair delivery, despite the bowler and wicket-keeper’s objection.

How was this given a wide in Bangladesh Premier League? 😲pic.twitter.com/e85hy9geOr

With the video going viral, the standards of BPL are being ridiculed by the fans on social media as poor umpiring decisions can have a significant impact on the outcome of matches, and it’s crucial for the integrity of the league that fair play is maintained.

While the video highlights the recurring issue of poor umpiring in the BPL, it is worth noting that it is not relevant to the current season as the incident occurred in 2019.