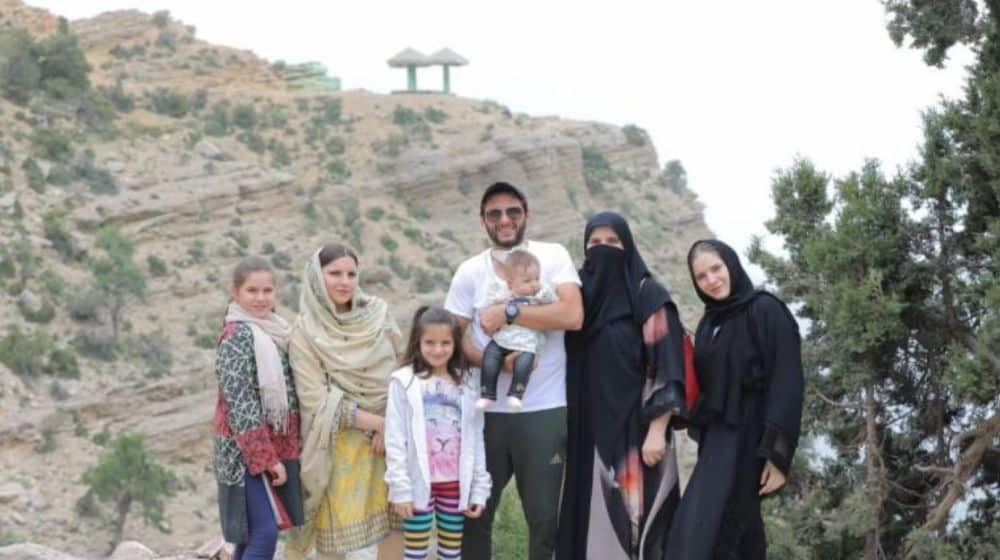 Former Pakistan captain, Shahid Afridi, has stated that he has been blessed by Allah Almighty with gifts in the form of daughters.

In a video that went viral on social media, the all-rounder said that most of the people in Pashtoon society wonder why they do not have a son.

The former interim Chief Selector added that people who are blessed with daughters only turn to taweez and all that but he strongly opposes it.

Afridi went on to say that he has told his wife that daughters are a gift from Allah Almighty and that the birth of each daughter has changed his fate.

Afridi also quoted the Holy Quran, saying, “Whoever I give children to, I say that do not worry about the father, I will take care of the father.”

The 45-year-old further said that they have complete faith in Allah Almighty, who created the bond between father, mother, and daughter.

Shahid Afridi stated that his wife misses a son, but she never worries about giving birth to daughters only because of his support.

It is worth noting that Afridi’s tenure as interim Chief Selector for the national team ended after the ODI series between Pakistan and New Zealand last week.