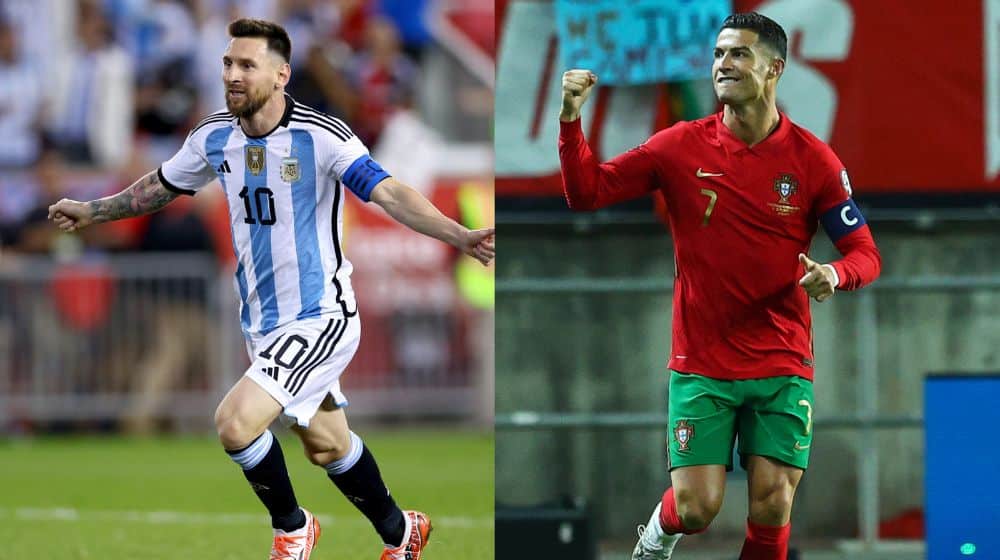 A football fan in the Kingdom of Saudi Arabia (KSA) paid $2.6 million for a VIP ticket to see Cristiano Ronaldo and Lionel Messi play in an exhibition match.

Earlier this week, the Saudi government auctioned off a special match ticket, promising the winner a chance to meet Ronaldo and Messi.

The winner of the special ‘beyond imagination’ ticket will have access to the team dressing rooms during the game, as well as access to the trophy award.

As per the media reports, the bidding for the dream ticket started at $260,000 but eventually rose to $2.6m before closing on Wednesday, January 18.

It was also reported that the money raised from this move will reportedly be donated to charity.

The match between Paris Saint-Germain and the combined team of Al Hilal and Al Nassr clubs is scheduled for today at King Fahd International Stadium.

Last month in a historic agreement, the Al Nassr club in Saudi Arabia signed the Portuguese superstar on a two-and-a-half-year contract.

The footballer was formally revealed as an Al-Nassr player after agreeing to a £175 million-a-year contract when he arrived in KSA this month.