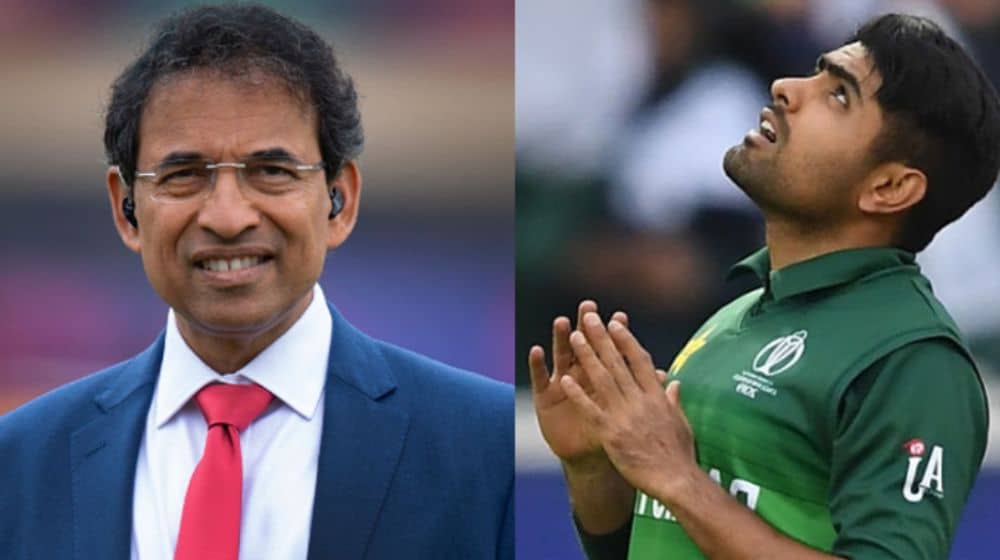 Taking to his Twitter account, Bhogle stated that it is very disappointing for the media to run a story against the cricketer without any verification.

The commentator went on to say that defaming a famous cricketer before confirming the real story is extremely unprofessional for the media.

The urgency with which everyone latched onto the fake Babar Azam story is so disappointing for our profession. Speed might be of the essence but the truth must come first, no?

Earlier, a news outlet in India shared a viral fake image of the all-format captain, claiming that he was involved in inappropriate messages with a teammate’s friend.

Later, the source of the article was found to be a parody account, which raised questions about the credibility of the platform.

The leaked images caught the attention of cricket fans on social media across the globe, with Babar facing a lot of criticism for his actions.

The Pakistan Cricket Board (PCB) also expressed displeasure with the false allegation and responded rather harshly to Fox Cricket on Twitter.

However, Fox Cricket took down its tweet about the allegations against Babar Azam after PCB’s strong statement against the fake news reporting.