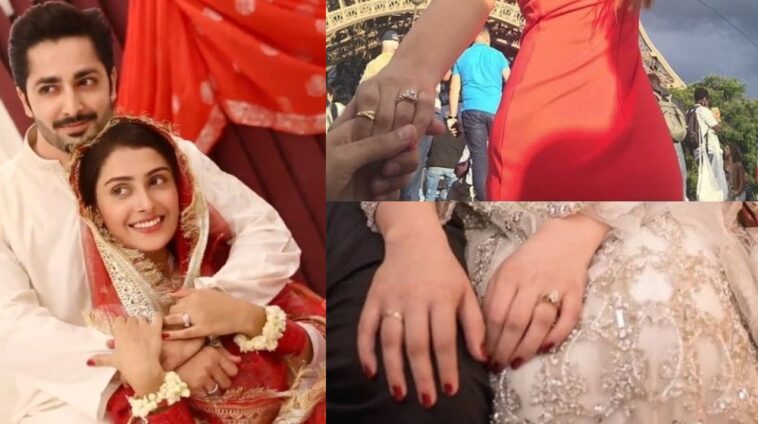 Like most engagement rings, even celebs stick to the usual, diamonds, when it comes to picking a rock for their lady. Whether it’s set in platinum or gold, that ring will have their hearts set on each other forever. Afterall nothing is really official till you put a ring on it.

This starlet just got engaged and hitched days ago. Her engagement was a grand affair despite the COVID-19 pandemic and lockdown. That giant rock on her finger looks like a more traditional cushion-cut, with two small diamonds on both sides.

Good thing bigger isn’t usually better, especially when it comes to delicate hands like Sajal Aly. Her ring kept that cute aesthetic of her’s with a stone a good size for her finger and a smaller band of stones on either side.

Another petite actress didn’t get a giant rock that would hog her dainty hands. Instead, this celebrity engagement ring has a band lined with a row of small diamonds on either side of the center stone making it look even more delicate.

Meri yeh khushi itni bari hai k mujhe sirf achi baatein aur duaein sunayi derahi hain🌸 Love is to express, not to impress💕 My man expressed his love in front of the world which takes a lot of guts and i am blissful🕺🏻you’r my ZING👯‍♀️ Thankyou for being so expressive, generous, caring, loving, chivalrous, realistic and noble♥️ I love you…X . . . .

While this actress isn’t hitched yet we had to mention her for that stunning rock on her finger. A princess-cut rock with smaller diamonds along the side.

Putting up a photo where it looks like im showing off my engagement ring is my instagram extreme sport for today Outfit: @nickieninaofficial

This duo kept it even more traditional with a gold engagement ring. Not to mention, the size of that rock is huge. Naimal Khawar has never really shown off that ring in clear view so we can’t really make out the details. The size sure doesn’t go unnoticed. 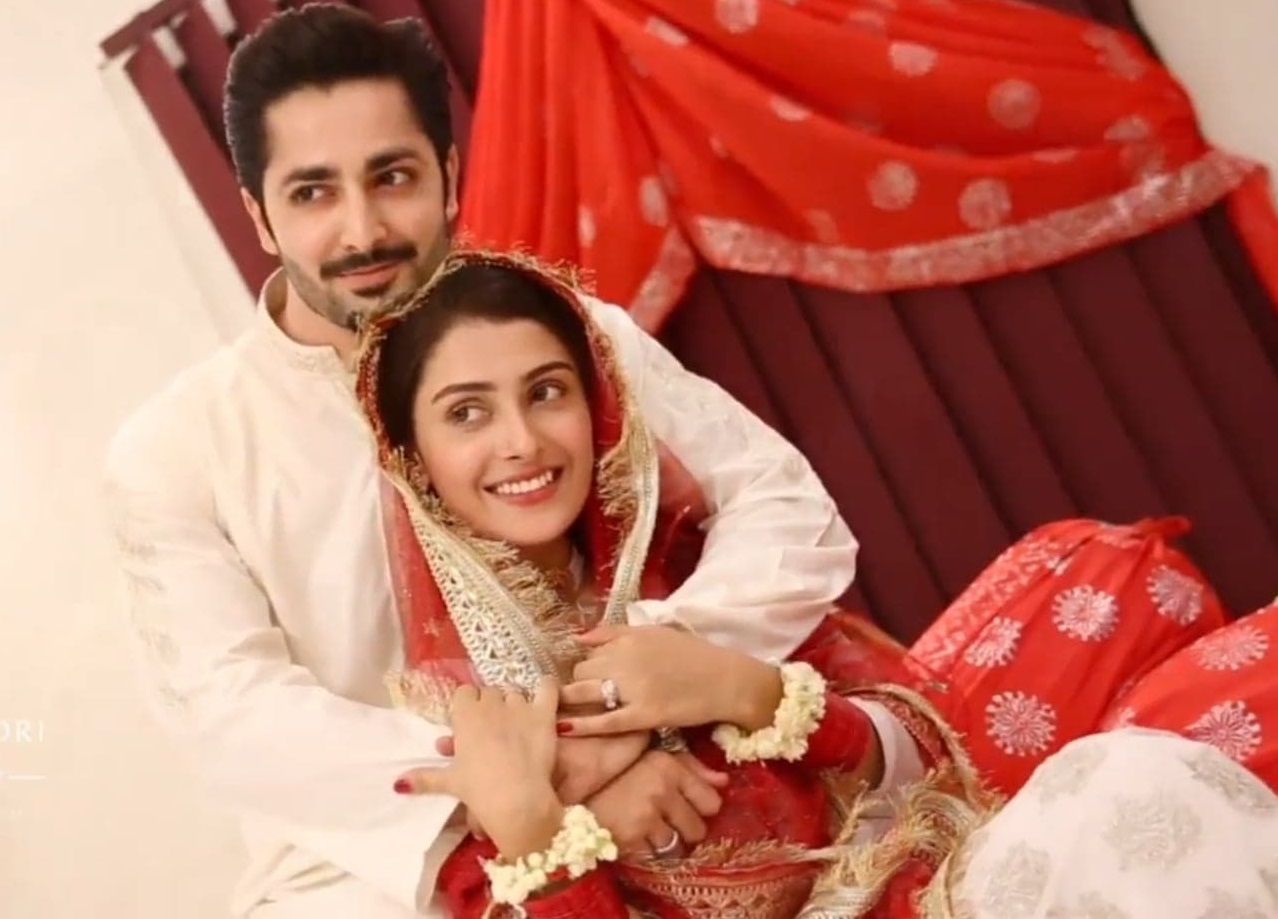 Another huge rock to give us major diamond envy. Ayeza Khan’s engagement ring is a chunk of blinding brilliance. From the wider cut stone to added sparkle coming off the band. Diamonds are a girl’s best friend!

This is another giant rock, or is it? Urwa Hocane’s ring actually has a center stone with halos of smaller stone around it giving it a larger appearance. That’s actually a prettier look compared to the usual giant rock.

This is another rock which looks huge, but is it really? Looks like she has two rings on, one with a singular stone and another intricate one. But if that is really all one ring it’s pretty big. Not to mention a refreshing change to the traditional rings with one stone at the center of it all.

Swagging in my hubby’s huddie and that white nosering 🙈✌🏼

Armeena Khan And Fesl Make Surprise Announcement of Their Marriage

Iman Aly the immoral actress (after Mahnoor Baloch, of course) went from being the suavest bachelorette to one of the happiest married celebs. The model-cum-starlet tied the knot to Babar Bhatti and it took fans by surprise when she posted that picture with her beau and engagement ring.

That’s one celebrity engagement ring we haven’t seen yet. The Yalghaar actress isn’t fond of wearing the ring and she’s never shown it off. Wonder what her ring looks like, 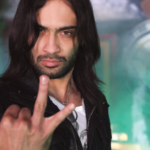 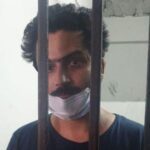