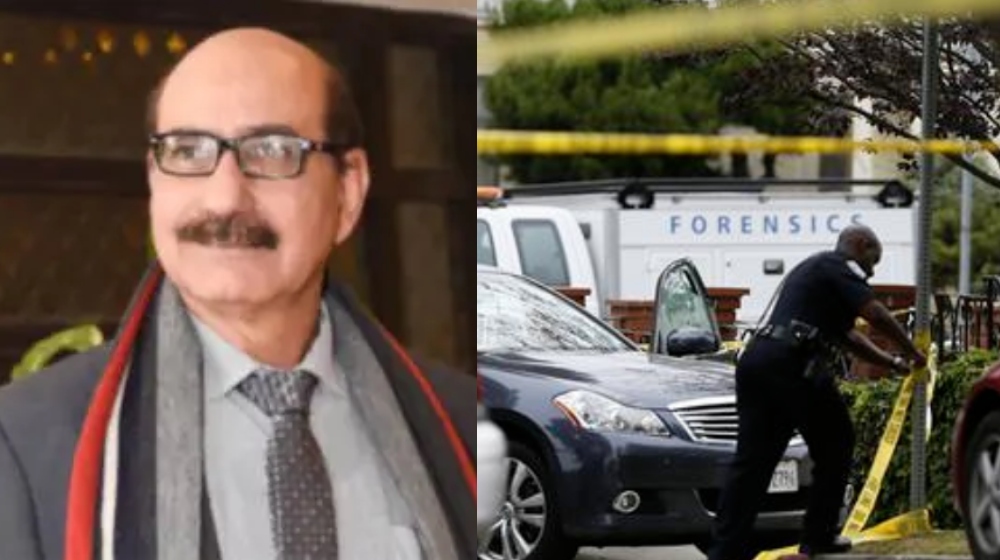 A 66-year-old Pakistani-American was killed by two teenage girls as they attempted to steal his car. Mohammed Anwar, an UberEats driver, hailed from Springfield, Virginia.

NBC Washington reports, a 13-year-old from Southeast Washington and a 15-year-old from Fort Washington, Maryland, have been charged with felony, murder, and armed carjacking. Police did not release the names of the accused since they’re not the legal age of 18.

Police say the accused had admitted their involvement in the carjacking and murder.

Two days after the crime, the family buried Muhammad Anwar in a Muslim graveyard. He left behind a wife, three adult children, and four grandchildren. In a statement his family said;

“The family is devastated by this senseless crime. Mohammad Anwar was a father, a grandfather, a husband, a brother, and uncle beloved by many here in the United States and in Pakistan, his birth country,”

Members of the Pakistani community in the greater Washington area said the deceased hails from Springfield, Virginia. He had immigrated to the United States in 2014. Since then he’d been working tirelessly to build a better life for his family. His death has left the family without financial support.

“He chose happiness each day and it was infectious. The loss felt by his death is immeasurable and he is missed tremendously by family and friends,” the family said.

The community has set up a GoFundMe page to assist Mohammad Anwar’s family with finances. The page raised more than $36,000 in less than six hours.

Police say the teens used a taser on Mohammad Anwar amid the carjacking. The two teenage defendants appeared in a Washington court where the prosecution shared witness video of the attempted carjacking.

Prosecutors said the victim came across the accused in Southeast Washington while they were trying to steal his Honda Accord.

Woman Who Coughed on Uber Driver Could Face 16yrs in Prison

The accused teens said the Pakistani-American man wedged himself between a car door and the driver’s seat as the two teenagers, who were inside the car, set the gear into drive.

Crash with vehicle overturned 1200 block Van St SE. vehicle on its side. No entrapment. #DCsBravest have 1 victim with critical life threatening injuries and are assessing 2 additional patients.

EXCLUSIVE: Law enforcement sources tell me 2 teenage girls, ages 13 & 15, are accused of an armed car jacking in SE Washington, DC. The car crashed & flipped over near Nats Park. The victim landed on the sidewalk & died at a hospital. Police arrested 2 suspects: @nbcwashington. pic.twitter.com/S5sqKE5gKc

The car sped down Van Street South East, as Anwar, hung on. When the vehicle hit a lamppost, it caused the door to swing back and hit him. The Pakistani-American man wasn’t killed from the impact of the car crash. He later died at a local hospital.

Police said carjackers often target Uber drivers in the area, known as the Navy Yard. Since January, police have arrested 23 teenagers from this area for trying to snatch cars from Uber drivers.