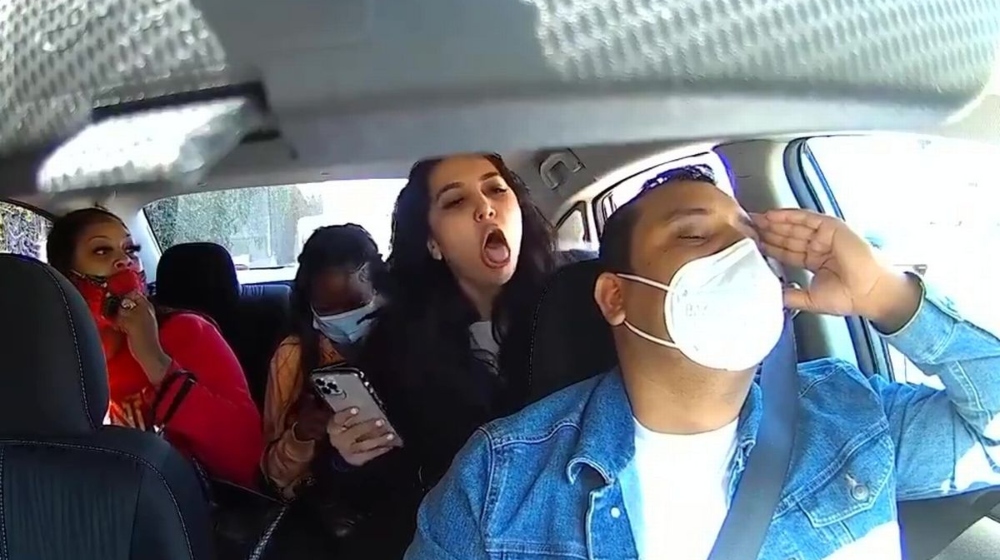 Earlier this week the Internet condemned a woman assaulting an Uber driver when he asked her to follow COVID-19 SOPs and wear a mask. The woman put hands on him and coughed on him amid the ongoing Coronavirus pandemic. Now that woman is finally being held accountable legally.

The woman, Arna Kimiai was slapped with felony charged over her misconduct with the Uber driver, Subhakar Khadka. According to the NYPost, she could now face up to 16 years in prison and $3,000 in fine.

Video footage of the incident, which took place in San Francisco’s Bayview District has gone viral on social media. The incident was captured on Subhakar’s dashcam showing Arnai coughing in the driver’s direction, using profanity and racial slurs. She even put her hands on him and tore his mask off.

Her two friends only encouraged the behavior.  Arnai even went as far as to reach his phone on the dashboard and take it away.

Citing prosecutors, the news outlet said robbery and conspiracy charges against her were later dropped.

Sabhakar Khadka told CBS how he even pulled over at a gas station to allow the passenger to buy a mask. However, we all know the manner in which she responded.

As for the racism, he explained;

“If I was another complexion, I would have not gotten that treatment from them. The moment I opened my mouth to speak, they realised I’m among one of them, so it’s easy for them to intimidate me,” referring to their Asian roots.

He revealed that Arnai even pepper-sprayed the car before leaving. Subhakar Khadka has been given $120 in cleaning funds by Uber. Additionally Uber addressed the incident in a statement saying;

“The behavior seen in the video is appalling. The rider no longer has access to Uber.”