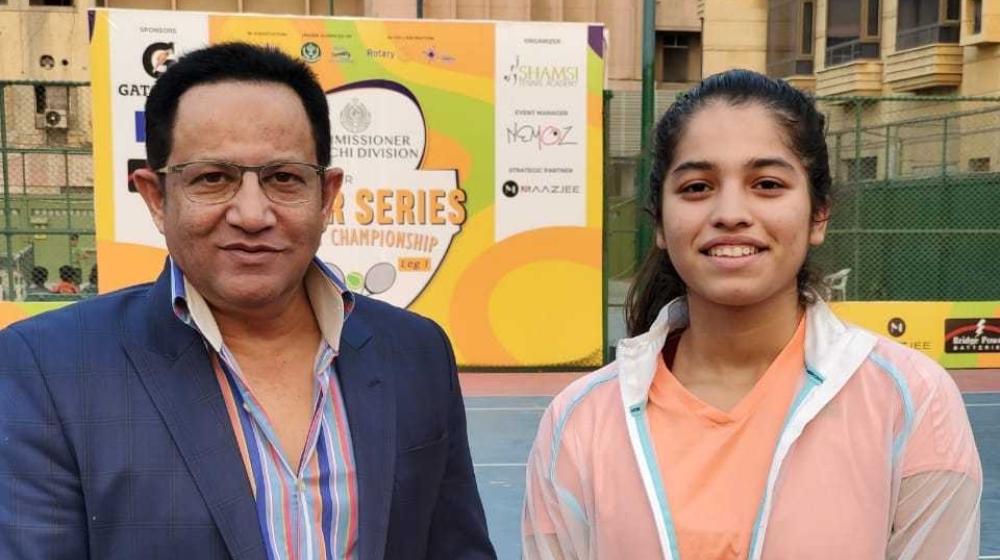 Emerging tennis prodigy Zainab Ali Naqvi bagged the Girls singles title at ‘Commissioner Karachi ATF 14 & under Super Tennis Series‘ in one swoop. All that glory for a child. 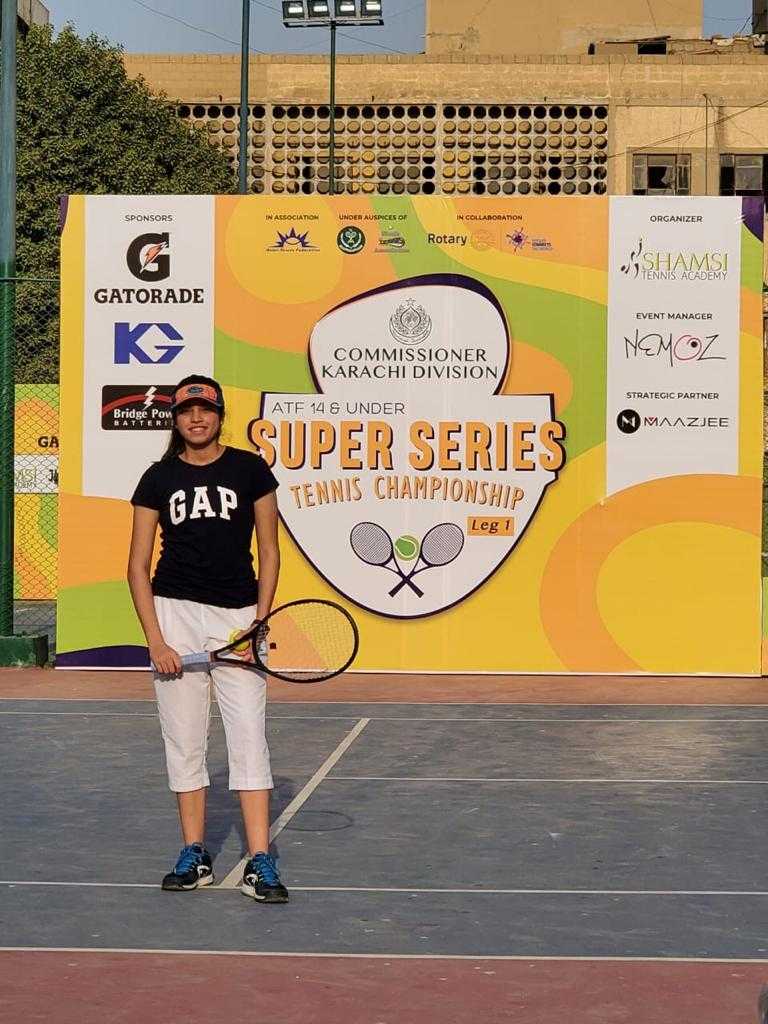 The ‘Commissioner Karachi ATF 14 & under Super Tennis Series‘ is being held at Karachi Gymkhana.

Another talented young sportswoman Varisha Khan gave Zainab Ali a run for her money in a competitive contest by 2-0 with the final scoreline of 7-5, 6-4. In the end, Zainab Ali claimed the Girls Singles title.

On the boys side, Ashar Mir, Zain Ehtisham and Taha Aman of Pakistan and a Pakistani-American wildcard entrant Nadir Mirza made their way into the semi-finals of boys’ under-14 singles event.

Meanwhile, wildcard Nadir Mirza smashed Kashan Tariq 6-1, 6-0. What’s left to see now is how well these wildcards compete against each other.

Ashar will now face Zain and Nadir will be up against Taha in the semifinal of Boys singles Under-14 category.

The Boys double’s quarterfinal will be seen today (November 13th) between the pairs of Ibrahim Sajjad and Syed Raahim Bin Veqar; and Muhammad Yousuf Haleem and Ibrahim Noman Yousuf, another Pakistani-American.