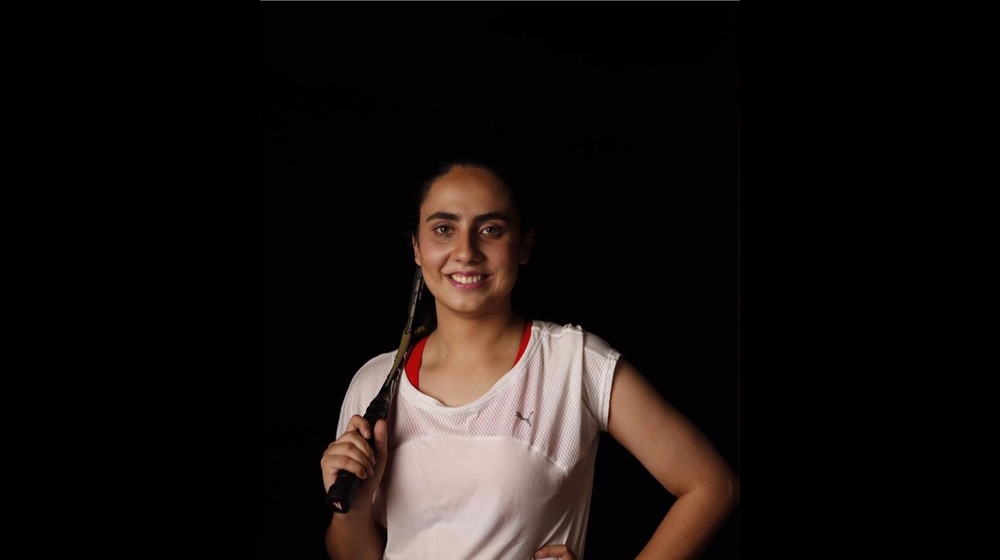 While the world is still struggling to provide women with equal opportunities in all spheres of life, women like Noreena Shams show how, against all odds, they are paving their own path in sports.

The sportswoman, who hails from a conservative region in Khyber Pakhtunkhwa, is one of those rare souls who have gone on to present Pakistan at many international sports and social events, despite having grown up in a male-dominated and gender-segregated society.

Noreena tried a bunch of different sports before finally settling for squash. From posing as a boy to play cricket to speaking before the United Nation’s Human Rights Council on discrimination and harassment in sports.

So how did this Pakhtun girl from Lower Dir went on to represent Pakistan at international sporting events and social forums? Noreena, as her name suggests, was a star child. Not by the definition of society, but through her own grit and effort.

Noreena was born on October 10, 1997 to a family in Lower Dir. From a young age, she had an affinity for sports. She started cycling at the age of 10 while her father, a businessman and politician, was away. The elder sibling would go out with her young brothers and cycle in the outdoors.

Her adventurous jaunts could’ve come to an end as one day, her father discovered her secret. Fortunately for her, after the typical lecture on ‘how to and not to behave’, her father was okay with her cycling.

“My father scolded me a little but later allowed me to participate in local cycling events.”

Noreena took that opportunity to compete at events and eventually set her track to becoming a prominent cyclist. The young cyclist then wanted international recognition and was set to compete in an amateur junior cycling event in Boston, New York organised by the Islamic Organisation for Cooperation back in 2008.

At this point what could go wrong? Just before she was to compete, Noreena’s father passed away. Despite the sudden loss Noreena wanted to honor her father the only way she knew how. With a determined resolve, she went on with the competition and emerged out of that personal loss with a silver medal.

“It was obviously very tough for me. But my mother and a few of my father’s friends encouraged and supported me to carry forward my late father’s wishes. I entered the championship and won the silver medal.”

That happiness was short-lived as later the young sportswoman had to put her career on hold to pursue an education. But even that too was put on hold when bombings of girls’ schools became abundant in the region. Many people migrated from Lower Dir at that time but Noreena and her family stayed as her mother looked after the family business.

A Time of Change

During this time, Noreena tried her hand at cricket. She would play with her brothers and cousins, with others in the compound, including soldiers. The amateur cricketer was an off spinner back in those days.

Soon afterwards, Noreena was sent to Peshawar to pursue higher education. This meant that she had to resort to disguises if she wanted to follow her love of sports.

As it turns out, she was permitted into a cricket academy under the guise of a boy. She went by the name of Noor-ul-Islam, until her team-mates found out she was a girl.

Despite her cover being blown, the boys at the academy respected her wishes. They were supportive and mostly unaffected by the revelation. They treated her the same and she went on to tour various cities over the next 10 months.

Though she wasn’t permitted to try out for the district-level women’s cricket team, she continued playing in school and took up athletics too. By the time she passed her O-levels, she had bagged 63 medals in athletics disciplines at school-level competitions sprinkled with a couple district, national and international accolades.

That wasn’t the icing on top for this athletic young woman. Noreena’s next sporting venture was in squash. In 2014, she registered at the PAF Squash Academy in Peshawar. At that age she was considered too old to learn but Noreena didn’t let that tarnish her ambition.

“During this time I was continuously being told that I had crossed the learning age and couldn’t play. There was no coach, no facility whatsoever but I didn’t give up.”

She wanted to do for Pakistan what Amir Atlas, a former Pakistan squash champion, did. She was particularly moved by a standing ovation he received on winning an Asian title.

Although her hand at squash was far from shabby, she was sponsored by Ali Zafar (yes the singer/actor!) to compete in the Hong Kong Junior event. She didn’t make it past the first round and was kicked out of the PAF Academy on her return because she left without permission.

Things took a turn for the better at that point when Zeb Bangash sponsored her to compete in PSA Malaysian circuit-1 in Kuala Lumpur. She lost the first round but kept trucking, going on to compete in Bendigo Squash in Australia, July 2017. She got to the quarter-final stage, only to be squashed by Australia’s number one player.

In November 2017 she was was then sponsored by an Islamabad-based businessman to compete in the Australian Open. Her efforts in sports are one thing, and as it turns out, Noreena is also good at public speaking too. She was recommended by the Malala Fund to speak at the United Nations Commission on the Status of Women, 2017 in New York. Initially, Malala Yousufzai was invited but couldn’t make it due to her studies.

When Noreena was wiped out in the first round at the Islamabad Open (Pakistan Open Squash Championship), 2017, along with all other Pakistani players, she sought out Amir Wagih to coach her. In February 2018, she joined Amir’s academy in Washington, DC stayed there a while, killed it in a few competitions, and came home with a world ranking of 130.

In July, 2018 she found her way under the wing of Hadrian Stiff at Bristol’s Elite Squash Academy and is looking to come back even stronger at this year’s national tournaments.