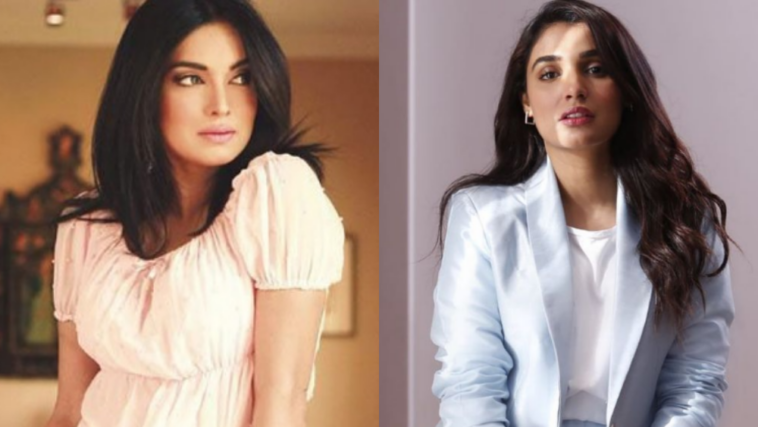 Practice what you preach. An idiom we often throw around as we please but unfortunately, our actions don’t match up with the beliefs that come out of our mouth. Perhaps, this is why Amna Ilyas is under hot waters for body shaming former supermodel Aaminah Haq.

The model-cum-actress has spoken against the issues of colorism and body image in our society. In fact, in one of her recent Instagram videos, Amna said she is at war with the age old concepts of fat shaming and colorism.

“IT ALL STARTS AT HOME. This age old script of colorism and fat shaming has been passed down from one generation to the next, and we mustn’t let it trickle down further.“

The message she tried to convey was great but it would have been far better if she could stick to those words even during interviews.

The Baaji star has sparked a controversy as one of her old interviews is going viral. The Tonite with HSY episode earlier went viral over Sadaf Kanwal’s distasteful comments on Mahira Khan and #MeToo movement and once again, it is making rounds on social media for something similar yet very different.

While playing the game of guessing the celebrity, Amna Ilyas pointed out that supermodel Aaminah Haq had gained weighed and made a rather appalling gesture. Later on, the two models high-fived over this comment whereas HSY was left confused.

Amna Ilyas Gets Called Out

This definitely raised a lot of questions. Netizens are calling out Amna Ilyas over her hypocrisy and double standards and it looks like she has noticed the criticism.

The Ready Steady No actress took to Instagram and denied the fact that its not her who called Aaminah Haq ‘fat.’

“What hypocrisy? What are you talking about?“

Her insensitivity towards the matter got netizens furious and they bombarded her comment section with negative comments. After seeing the response from the public, she turned off the comments but still didn’t remove the video or apologize for her remarks.

Aaminah Haq also came to know about the situation through her fans and responded to Amna Ilyas’ remarks in a very respectful manner. She took to her Instagram stories and wrote,

“A few of you have tagged me in something a certain model/actor said about me. Truth be told, if body shaming me brought some small shred of joy in her life, then you’re welcome. Unhappy people tend to gravitate towards hate, instead of kindness and compassion.” 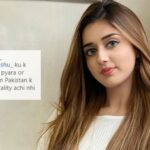 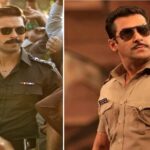