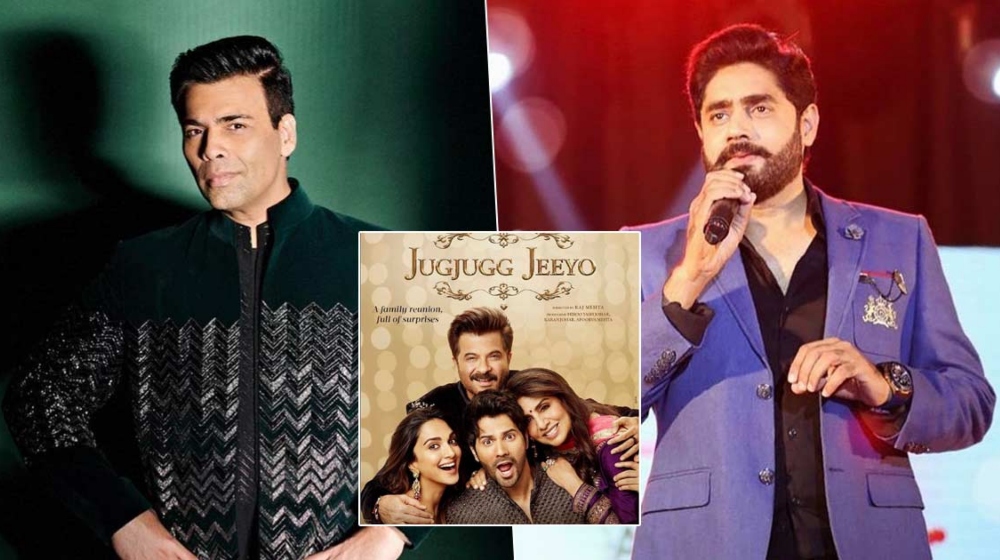 After voicing his complaints about Karan Johar using his song, Nach Punjaban, in his film JugJugg Jeeyo, Abrar-ul-Haq is now taking legal action.

The Punjabi singer filed a lawsuit in the United Kingdom through the British record label Moviebox Birmingham Limited, which claims rights over his 2002 hit Nach Punjaban. Despite receiving credits in the movie, the Pakistani singer is still going through with legal action against the Bollywood producer.

On Saturday, the Billo singer tweeted that

“My lawyers in United Kingdom have issued a legal notice to Moviebox with respect to the misappropriation of my song Nach Punjaban, … Stop Stealing Our Songs”.

My lawyers in United Kingdom have issued a Legal Notice to Movie Box with respect to the misappropriation of my song “Nach Punjaban”. More Updates will follow in the coming few days.@1Moviebox #NachPunjaban #StopStealingOurSongs

Moviebox is yet to comment on the legal notice and recent developments. Despite being created by the 53-year-old singer, Moviebox is the source of Nach Punjaban on Spotify.

After the singer voiced complaints about the his song being used by Karan Johar, the UK record label issued a statement on Twitter. As per Moviebox;

“Nach Punjaban had been ‘licensed to be included‘ in Karan Johar’s film, … Dharma Productions have the legal rights to use the song for their upcoming movie.”

Nach Panjaban has been officially licensed for it to be included in the Film “JugJugg Jeeyo” by @TSeries. @karanjohar & @DharmaMovies have the legal rights to use this song in their film and the tweet by @AbrarUlHaqPK earlier today is defamatory and completely unacceptable.

That’s when the Chamkeeli singer asserted that his song had not been licensed to any entity, and called for an agreement to be produced if that is really the case.

“Nach Punjaban has not been licensed to anyone. If someone is claiming it, then produce the agreement. I will be taking legal action.”

Song “Nach Punjaban” has not been licensed to any one. If someone is claiming it , then produce the agreement. I will be taking legal action.#NachPunjaban

Directed by Raj Mehta, JugJugg Jeeyo was heavily promoted by ‘The Punjaabban Song‘ featured in the film. Many Bollywood celebs even recreating dance steps from the music video of the song as part of a social media trend.