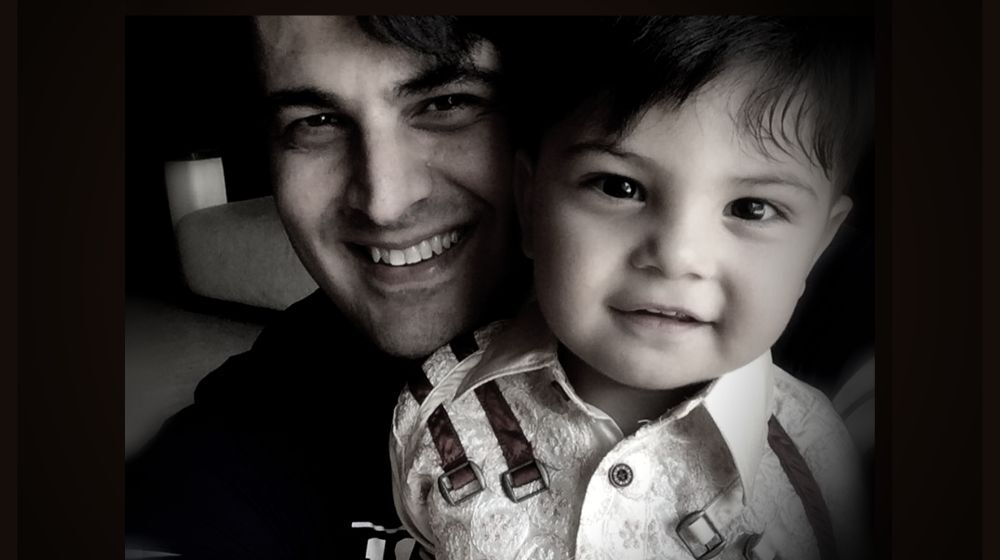 Babrik Shah, a Pakistani actor, lost his four-year-old son, Zaviar, when he fell into a tank of water in his home in Lahore earlier this week.

He announced the sad news of the death of his son on Facebook yesterday, after which he uploaded a heartbreaking note with a photo of the child. 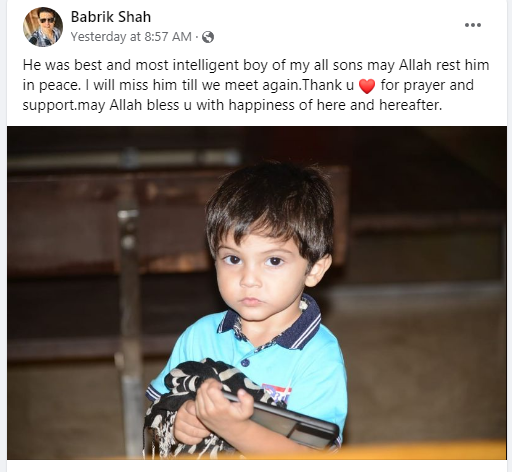 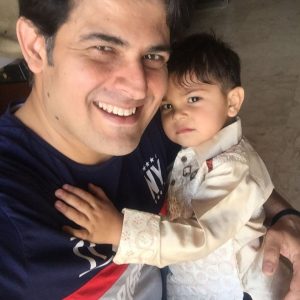 Little Zaviar was laid to rest in a NESPAK Society graveyard.

His school, FORZA International School, also shared a condolence post for him with his picture, which read, “Dear Parents, The Principal, staff & students of Forza School with profound grief announces the sudden and untimely demise of their beloved playgroup student Zaviar Shah s/o Babrik Shah. Kindly keep the little child and their family in your prayers. May God almighty give them the courage to bear the irreplaceable loss”. 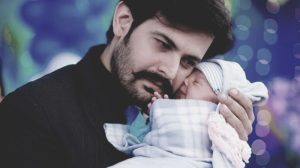 ALSO READ
Samina Humayun Saeed Shares Pictures of her Umrah
Babrik Shah is one of Pakistan’s successful actors who has appeared in more than 107 films in his career and has also worked as a model for several brands. His father, Tariq Shah, is a famous film star as well.
Babrik Shah’s last film was Mulaway, and he has also set a world record for ‘working in 35 different categories’.