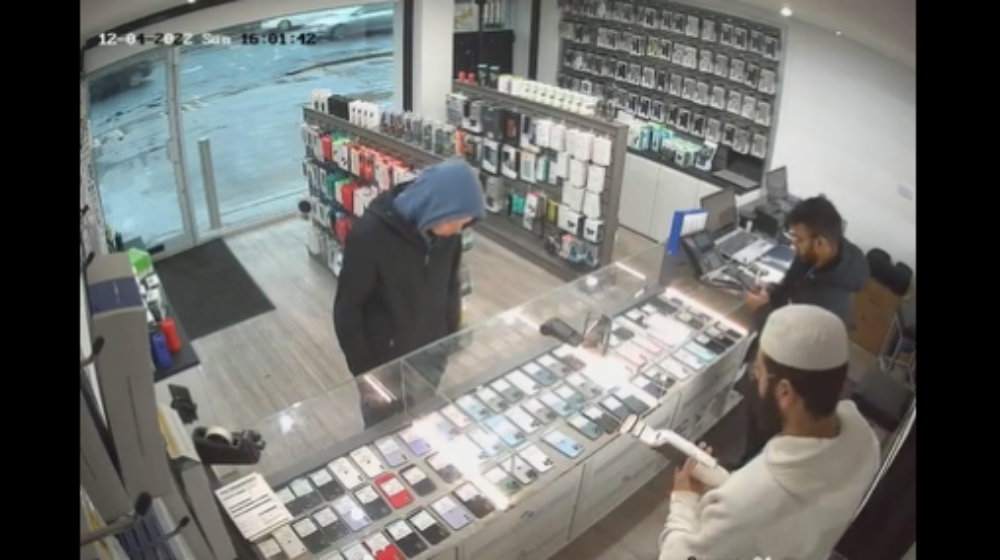 After a failed robbery attempt at the mobile shop owned by a Muslim man in Dewsbury, UK, the shop owner was kind enough not to punish the thief or call the police. However, the video of the robbery was shared on the internet with a warning.

This attempted robbery took place earlier today. Fortunately the thief didn’t think his escape route through properly and was in for a surprise.

Please share and give others a heads up. Watch out for this guy. pic.twitter.com/1XbTPjdWdh

As soon as the video went viral, the shopkeeper in question took to social media to share a message for the thief saying he is willing to assist him. The shopkeeper explained that many people are finding it difficult to put food on their tables due to the economic plunge, which leads them to become criminals. 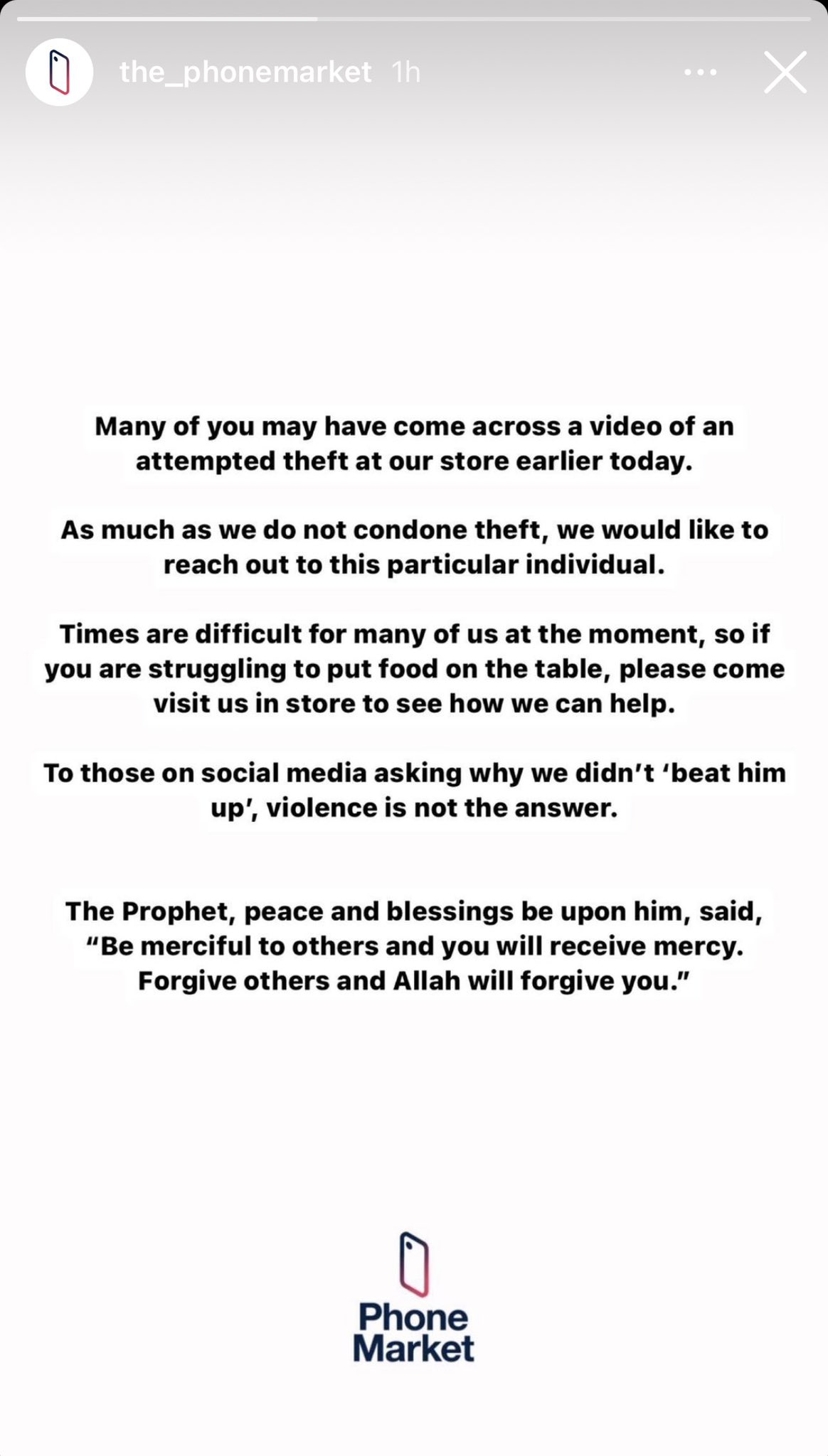 For the people asking him why he didn’t take action against the thief, the shopkeeper shared a quote/Hadith of the Holy Prophet: “Be merciful to others & you will receive mercy”.

Many people were touched by the kindness of the shopkeeper. Some netizens also offered their help. Below are some reactions by tweeps:

May Allah multiply your rizq and may Allah always protect you, brother.

ALSO READ
Can You Guess the Price of Bilawal Bhutto’s Shoes and Narendra Modi’s Shawl? 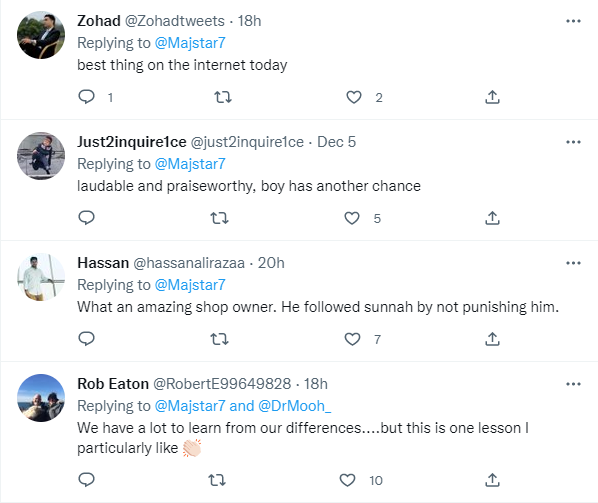 With the law and order situation in Pakistan being pretty grim and law enforcement officials failing to curb crimes, citizens are intervening to punish the criminals on their own. Sometimes this gets so out of hand that the accused dies at the hand of the mob.

This prevailing situation in Muslim countries like Pakistan is a lesson for all the people who think that punishing or torturing criminals is the right way. Vigilante justice should never be encouraged as making the law into one’s own hands can go south really fast.