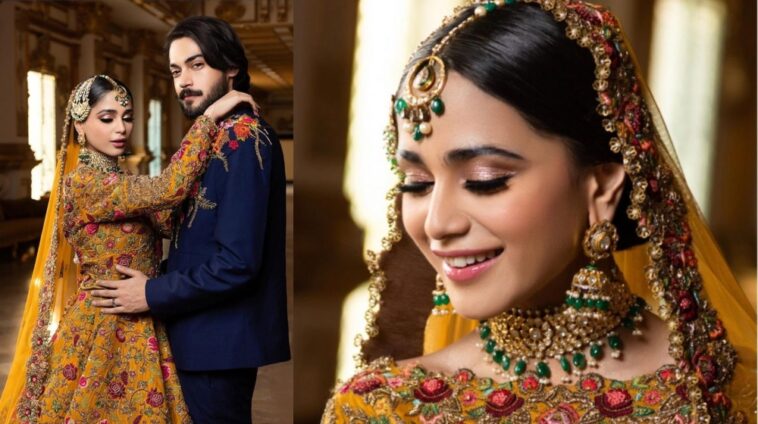 Aima Baig and Shahbaz Shigri are the industry’s “it couple”. Their very public relationship had fans feel really involved in their relationship.

In their appearance on Timeout with Ahsan Khan the couple spilled more details on things like how they met to marriage plans. Shahbaz Shigri said that he met Aima Baig after wrapping up the movie Paray Hut Love. The Kalabaz Dil singer added that she met the young director while working on Balma Bhagora. Shahbaz was the producer for the track.

The Aatish singer said that they clicked. She got good vibes, and that’s how they got connected. Aima also said that she started hanging out with him which was rare in her life, as she is reserved when choosing friends.

Shahbaz Shigri also said that Aima Baig asked him about his acting and praised his looks as well. Now they’re set to get hitched! Talking about marriage, Aima Baig said;

“We will marry soon”.

Shahbaz affirmed this and said;

“Yes, soon, she said it, whatever Aima will say, I will say that.”

He further said that;

“Soon, soon like very soon, we have plans to get married.”

“Soon InshaAllah because if we have gotten engaged then surely we are planning to marry soon.”

They further talked about their relationship and opened up about the conditions Aima Baig set to marry Shahbaz. He shared that;

“She would say me not to play games for sure as I’m a crazy player and spend hours in gaming. Secondly, I think, lately, I am learning piano so she would enjoy me playing piano for any of her song, … She would want me not to let her put on weight because she doesn’t want to put weight.”

The director-cum-actor also shared his conditions, he said;

“Aima won’t get angry, she won’t fight and she won’t hang up a call.” 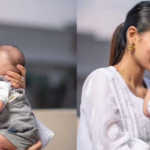 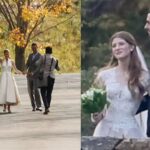