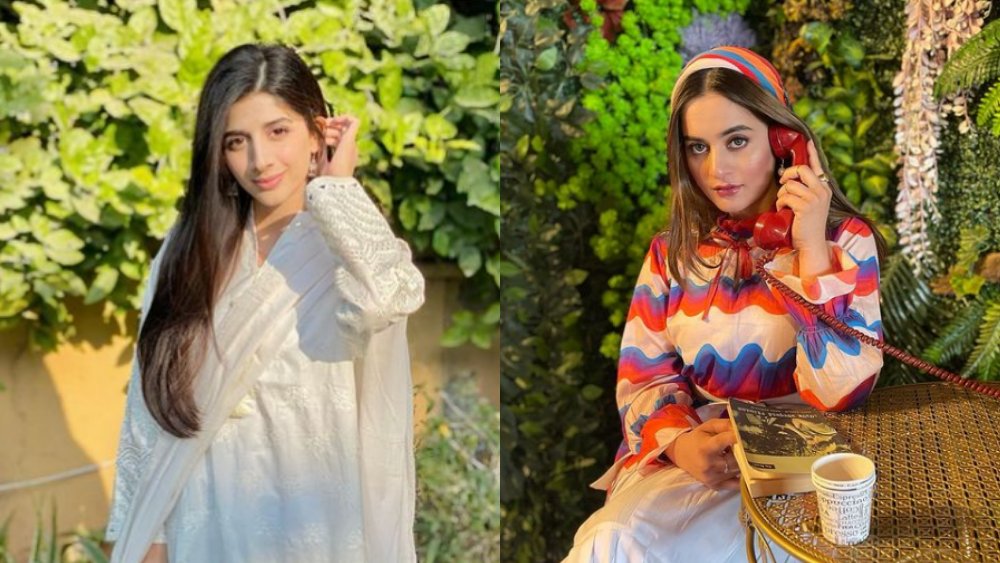 Baandi actress Aiman Khan is being criticized for ‘body shaming’ Mawra Hocane. As a clip from a recent interview went viral, the actress can be seen advising Mawra Hocane to ‘gain some weight’.

Netizens are calling her out for ‘body shaming’ and ‘bullying’ the Sabaat star, but that’s not entirely true. The power duo of Aiman Khan and Muneeb Butt were recently invited to The Couple Show.

In one of the segments of the show, the couple were shown pictures of some celebrities. Then, they had to name one great quality about the star and one habit, which in their opinion they should break.

This segment had already put them in a tough spot because in a way, they had to pass judgement on their fellow actors and friends.

When the couple were shown photos of Mawra Hocane, Aiman Khan said that one thing that she loves about Mawra is her ‘Jummah Mubarak’ photos on Instagram. She then went to say that the actress is ‘very skinny’ and ‘she should gain some weight’.

Her comments, however have upset netizens as they believe that she deliberately body shamed Mawra. The clip that is going viral only shows Aiman commenting on her body, hence, netizens think that she was ‘way out of the line’.

The other side of the story

Similarly, when Aiman was shown Saboor Aly’s photo, she said that the Fitrat star is a really great friend of hers but she would also advise her to ‘put on some weight’. But netizens only saw the part where she is apparently ‘body shaming’ her friend. Let’s take a look at some reactions. 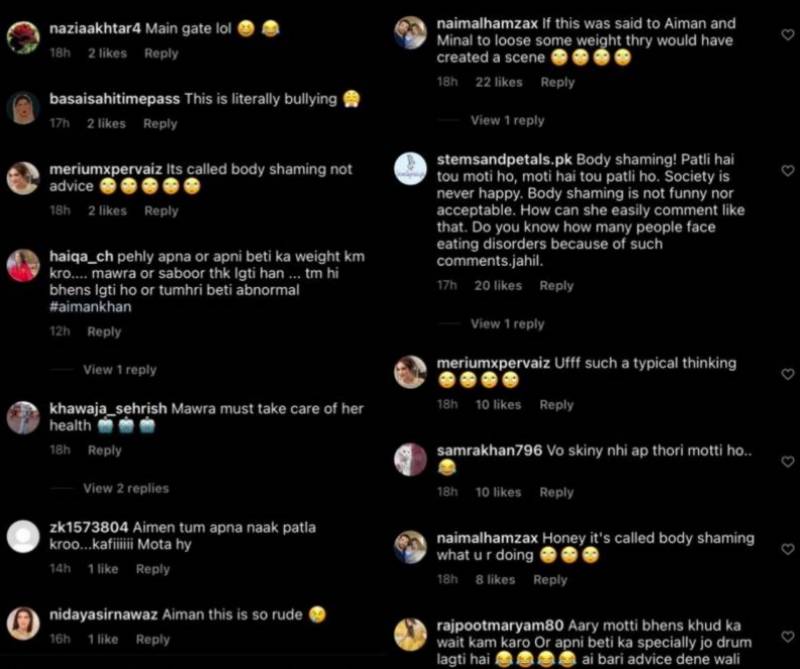 Aiman, however,  should not have ‘judged’ Mawra Hocane and Saboor Aly without acknowledging the fact that all body types are different. We are thin or fat for various reasons and they can vary from our natural genetic built to a medical reason.

At the same time, we can not say that she is entirely at fault because the hosts in one way or the other provoked a response from her.