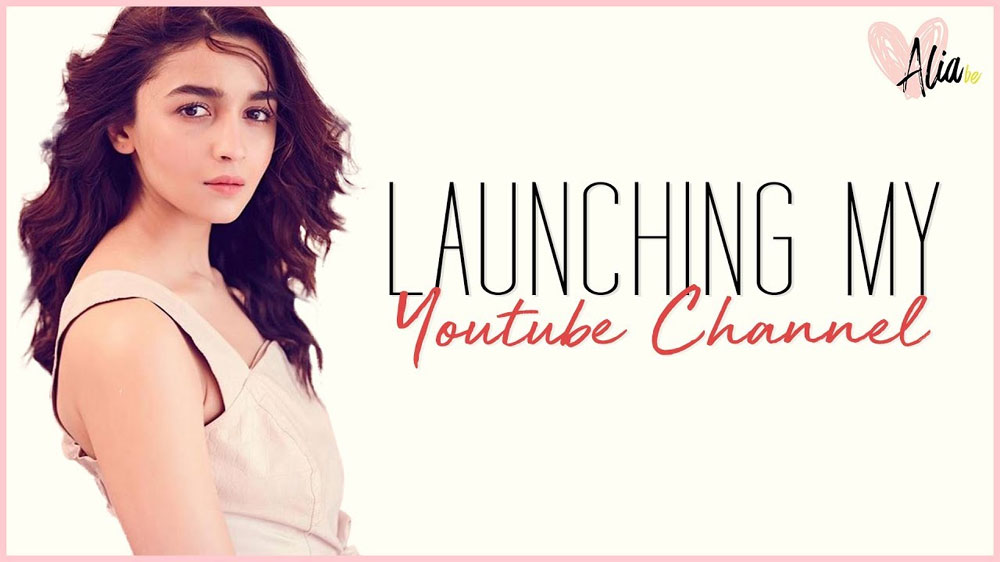 The growing influence of social media on people’s lives has been acknowledged by celebrities as well. In the age of information, it has become imperative for stars from all walks of life to have a social media presence to keep a close connection with their fans.

This is probably why the Bollywood diva next door, Alia Bhatt, who is very active on Twitter and Instagram, has now decided to expand her digital footprint to YouTube.

Yes, you heard it right!

Alia Bhatt, according to an inside source, is all set to launch her own YouTube channel where she aims to let her fans have a closer peek into her day to day activities.

The source suggests that it was her own idea to connect people through Vlog. She could share things with her fans and this could be anything from her daily routines, outings, and tips on fashion, fitness, and makeup.

Here is what the source said:

“Alia likes trying new things. So she realized that just like Twitter and Instagram, YouTube is also an engaging way to reach out to fans and be more candid with them. The posts will be a penetrating look at the actress’ life, with their frequency being determined by her schedule.

“Alia believes that unlike Instagram where one can see the carefully curated images, her channel will walk her fans through the process of a photo shoot.”

Guess Which Movie Alia Bhatt Is Doing An Item Number For?

It added that the Gully Boy star will share fitness videos too, and will discuss different techniques to attain that certain distinct look for films.

Alia is currently busy in shooting “Brahmastra” – her upcoming project with beau Ranbir Kapoor. Besides, the diva is also working on the sequel to “Sadak,” which is her father Mahesh Bhatt’s project. The movie also features Sanjay Dutt, Aditya Roy Kapur, sister Pooja Bhatt, and is expected to hit cinemas in July next year.