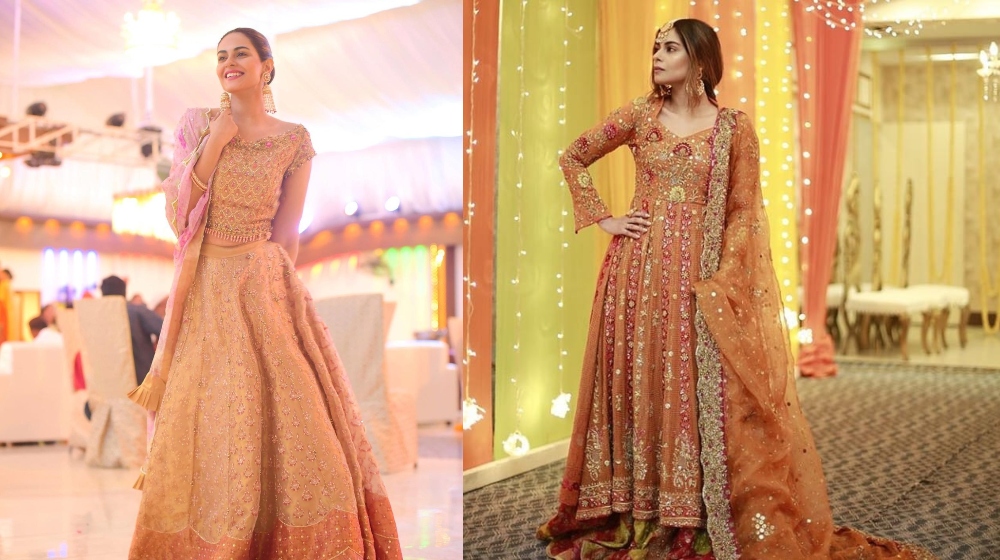 Amar Khan is emerging as a versatile actress in the Pakistani entertainment industry. This newbie is nothing like the other rookies.

Aside from her stunning and moody look, the actress is also a writer and filmmaker. Her talent on-screen speaks for itself with her versatile roles. From Belapur Ki Dayan to Ghughi and now Dil-e-Bereham.

With the rise in her popularity, the multi-talented artist is also being approached for endorsements. Recently she did a photoshoot for Ansab Jehangir.

The Crown Will Introduce Princess Diana in Latest Season [Video]

They paired the look with gold plated jewelry from Esfir Jewels. For make-up they stuck to a matte clear make-up look with a dusty pink lip.

The look is close to the Margh-e-Ishq Se Pehle actress’s personal style. Recently she was spotted at a wedding donning a pale pink and gold lehnga choli by Farah Talib Aziz. She kept the make-up muted even in this look.

Guess warm tones were just meant for the artist

The Black Wednesday filmmaker made her acting debut with the drama serial ‘Chashme Num‘. She was working as a writer on the project and was urged to dive into acting. She actually trained in theater under the mentorship of Sarmad Sebhai.