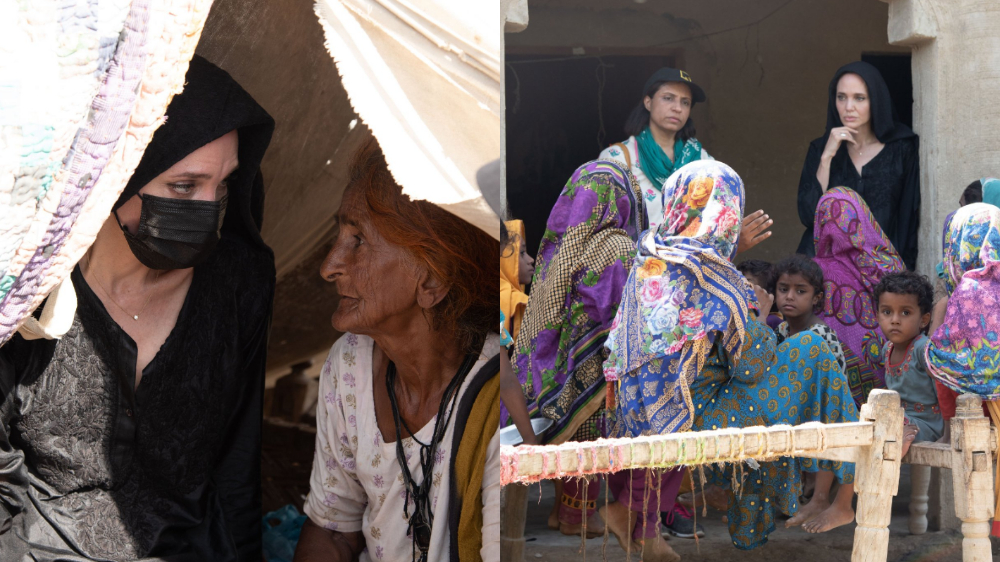 Hollywood actress and humanitarian Angelina Jolie arrives in Pakistan. The renowned star is on a mission to raise awareness about the devastation caused by floods. She is also trying to do her part in helping the victims.

According to the International Rescue Committee, Angelina Jolie is here to gain survey the situation, listen to the people about their needs and figure out how to support them. The actress and the Committee are also assessing on how to prevent such crisis for the future. 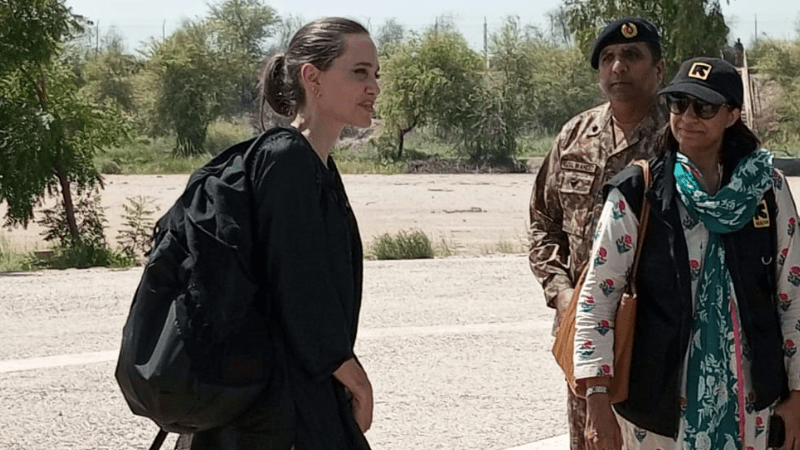 Angelina Jolie is currently in Dadu, Sindh, visiting the areas struck by the floods. She also directly speaking with various families who are suffering because of the destruction caused by the floods. The Hollywood star made her arrival to the area via helicopter at the Zamzama Oil Field. 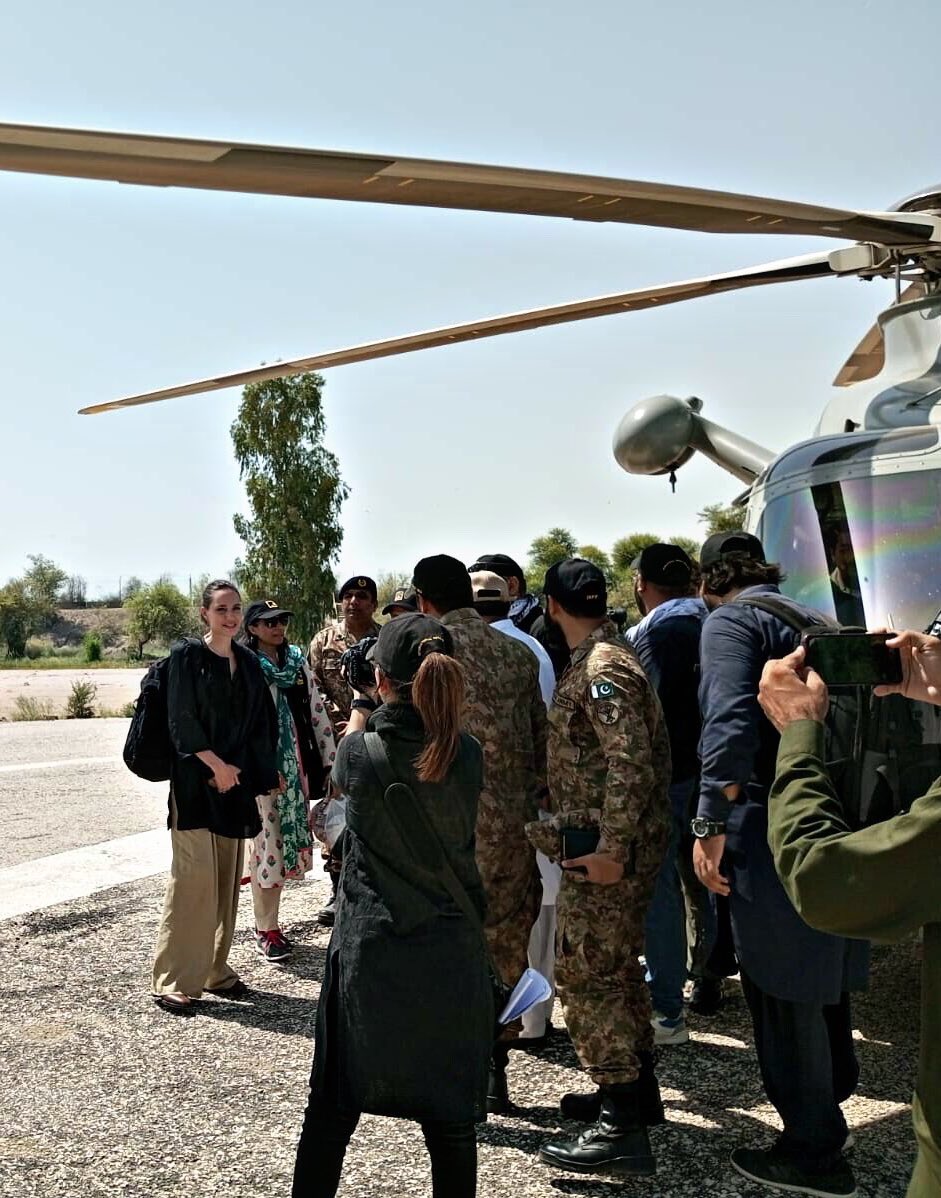 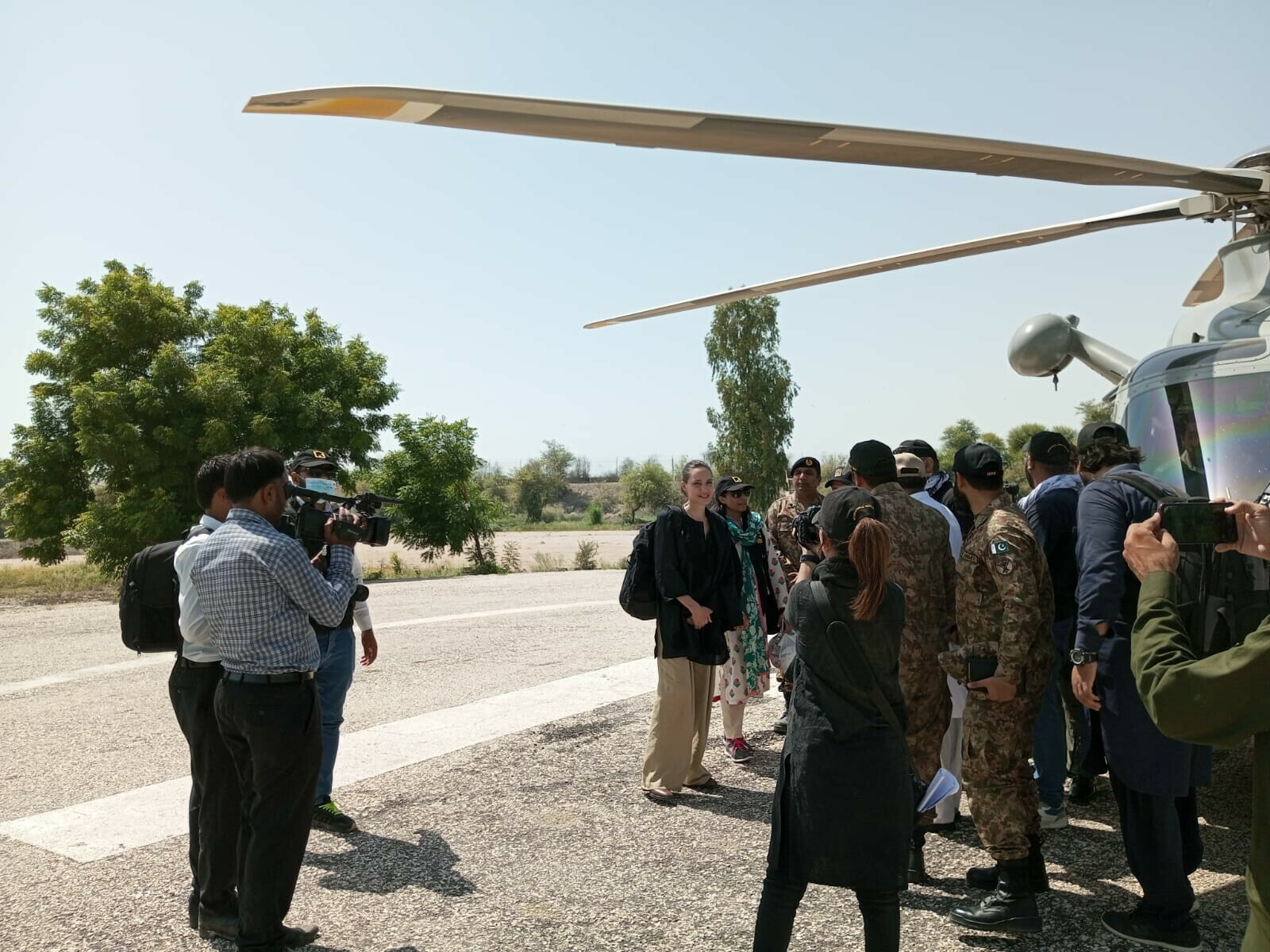 She used a boat to survey the surrounding area. Here are a few pictures of Angelina Jolie meeting with the flood victims. 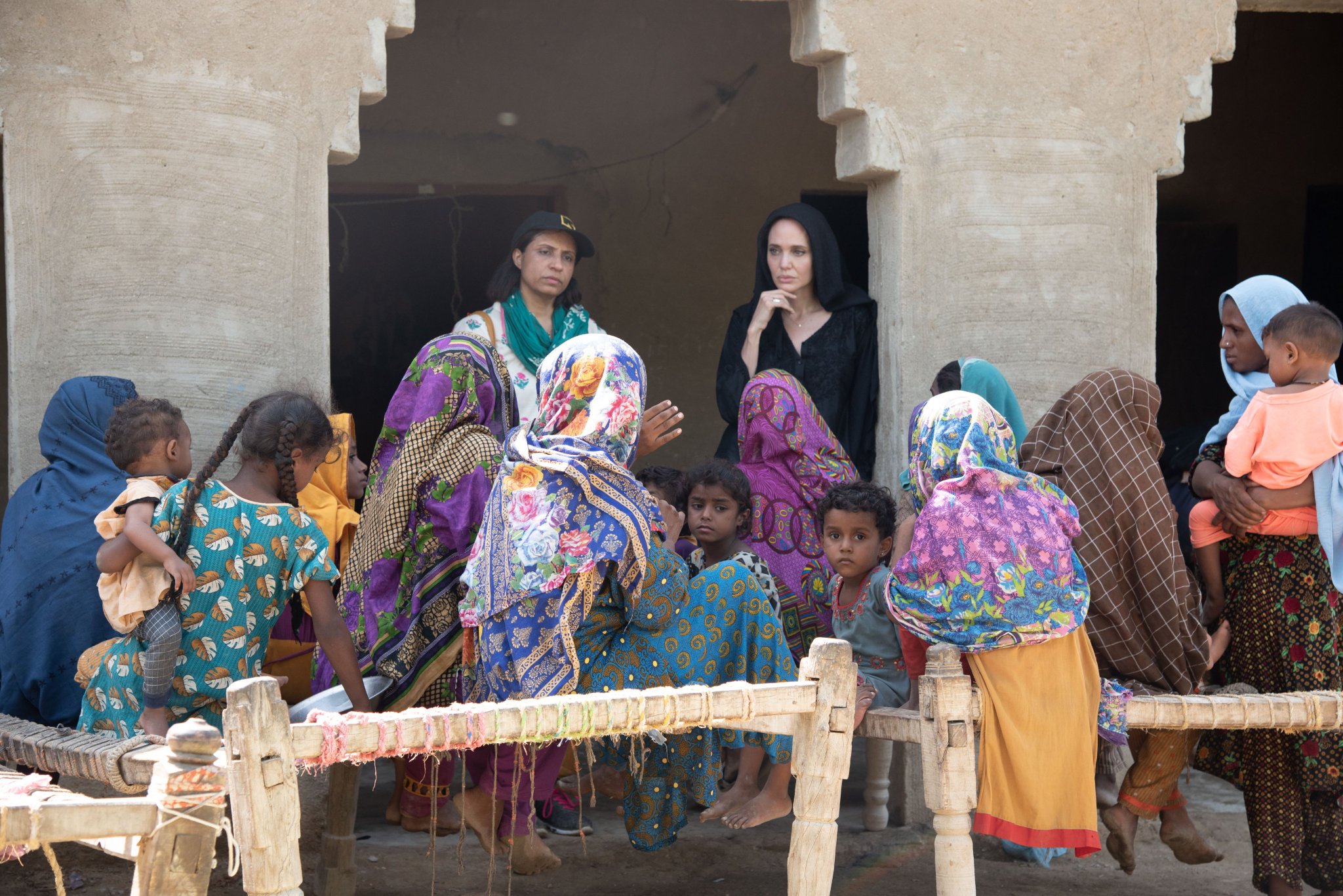 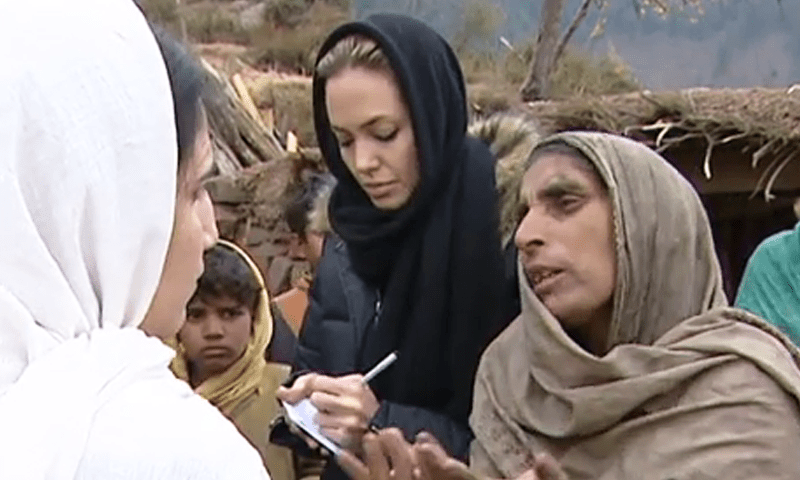 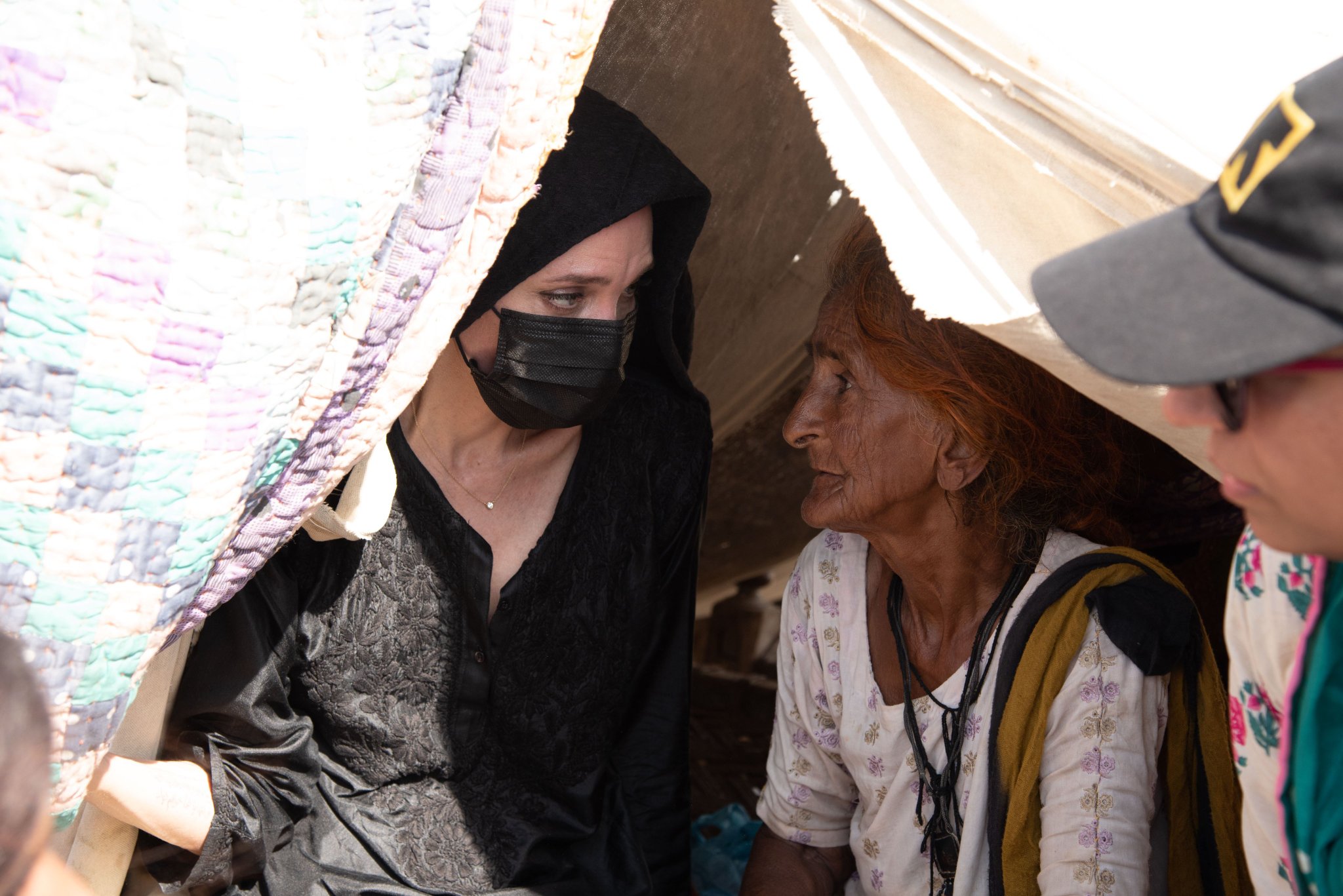 Angelina Jolie is an American actress, filmmaker, and humanitarian. The recipient of numerous accolades, including an Academy Award and three Golden Globe Awards, she has been named Hollywood’s highest-paid actress multiple times.

Though she found fame both as the daughter of celebrities and through her work on the big screen, she continuously uses her massive platform to promote kindness and justice across the globe. Jolie understands the importance of helping the planet and the people who inhabit it.

ALSO READ
‘This girl is such a hypocrite’: Mathira Calls Out Malala Yousafzai, Netizens Agree