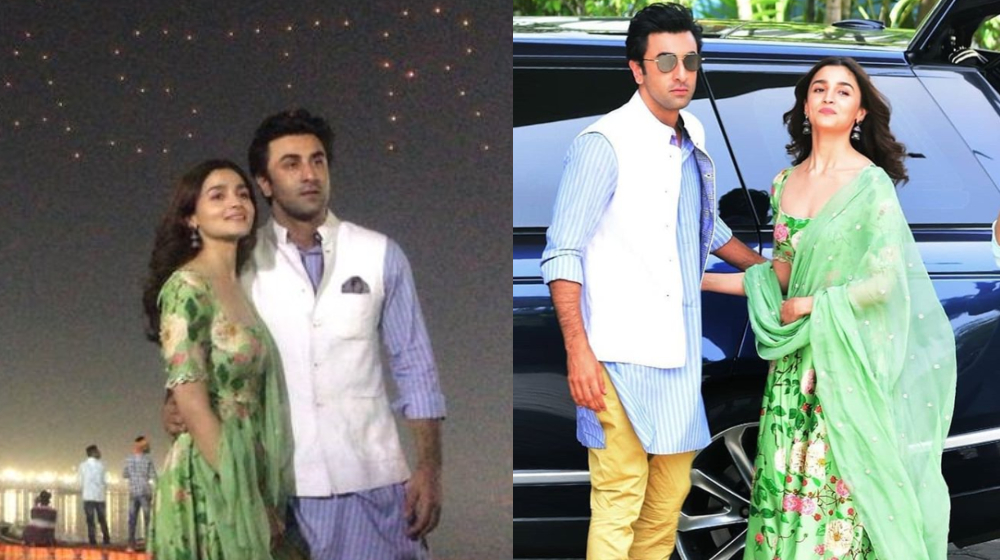 Alia Bhatt and Ranbir Kapoor had fans shipping when they showed up to Sonam Kapoor and Anand Ahuja’s wedding reception together.

Then last year we saw #DeepVeer and #Nickyanka weddings. Virat Kohli and Anushka Sharma really set the tone for that. With the upcoming ‘Shadi season’ fans were hoping Ranbir and Alia would keep that mood going.

There have been rumors of Ranbir Kapoor putting a ring on it. Rumors have been abuzz about the two tying the knot in 2020.  There are reports that the Kalank actress is super excited to marry her beau. Rumors went as crazy as when will Alia ‘say yes to the dress‘.

Given that couturier Sabyasachi Mukherjee is synonymous with glam wedding wear, it’s easy to say he’s designing the dress. Whenever it happens, he’ll be the designer to do it.

Does that really confirm a Alia Bhatt and Ranbir Kapoor wedding?

While both Ranbir Kapoor and Alia Bhatt’s immediate family has held their silence, the Bhatt step-brother has not.

Rahul Bhatt is also Alia Bhatt’s cousin but to be honest, we really don’t know how their family tree works either.

“Alia is my step-sister. We don’t stay together. I don’t know much about her life’s development. However, I do like their (Ranbir-Alia) jodi. If I am invited to the wedding, I will definitely like to be a part of it.”

“This is utter rubbish. Who is spreading these rumors?”

Is Alia Bhatt Tying the Knot with Ranbir Kapoor Soon?

Based on the fact that Ranbir Kapoor’s father Rishi Kapoor is currently in the United States for cancer treatment, chances of a wedding so soon are slim. I mean lets face it, he wouldn’t quit treatment and head to Mumbai for a wedding would he?

With all eyes on Rishi’s treatment and road to recovery, we can safely say wedding bells are not in the air for now.