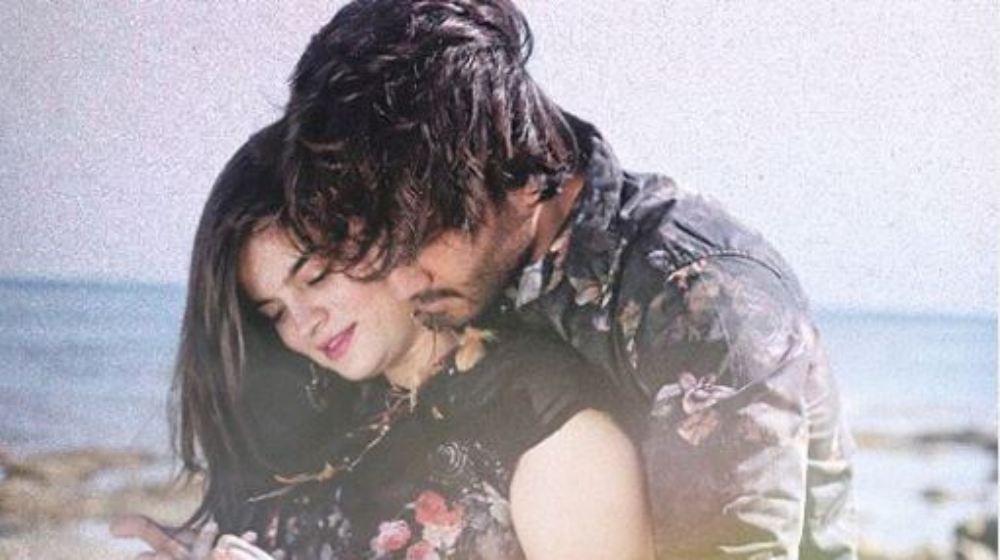 What is going on with Pakistani celebrity couples right now? Rumors of yet another star couple parting ways have emerged. Are Feroze Khan and Alizey Sultan really calling it quits?

Just recently rumors surfaced that celebrity couple Farhan Saeed and Urwa Hocane were splitting. While the Mushk starlet’s father refuted the rumors neither of the Udaari co-stars has clarified the matter. Now rumor has it Feroze Khan and Alizey Sultan’s marriage hit rocky waters.

Initially, their surprise wedding caught everyone off guard in 2018, as fans had never suspected a reason to ship the two. Pretty soon their followers could help but grow fond of the couple.

By 2019 they were blessed with a baby boy, Mohammad Sultan Khan on May 3rd. Just earlier this year Feroze Khan and Alizey Sultan celebrated their 2nd anniversary at home. The couple looked all loved up until now.

From birthdays to family festivities there were no signs of a rocky marriage. Then why did these rumors emerge?

Feroze Khan had been going through a transition period in his life when he quit the biz earlier this year. The Khaani actor revealed that he was quitting acting to preach Islam. He added that he would soon start his own clothing line for a sustainable source of income.

However, there is no update on the clothing label yet. Feroze Khan was last seen in Ishqiya. Is this troubling his marriage? Let us know in the comments below.