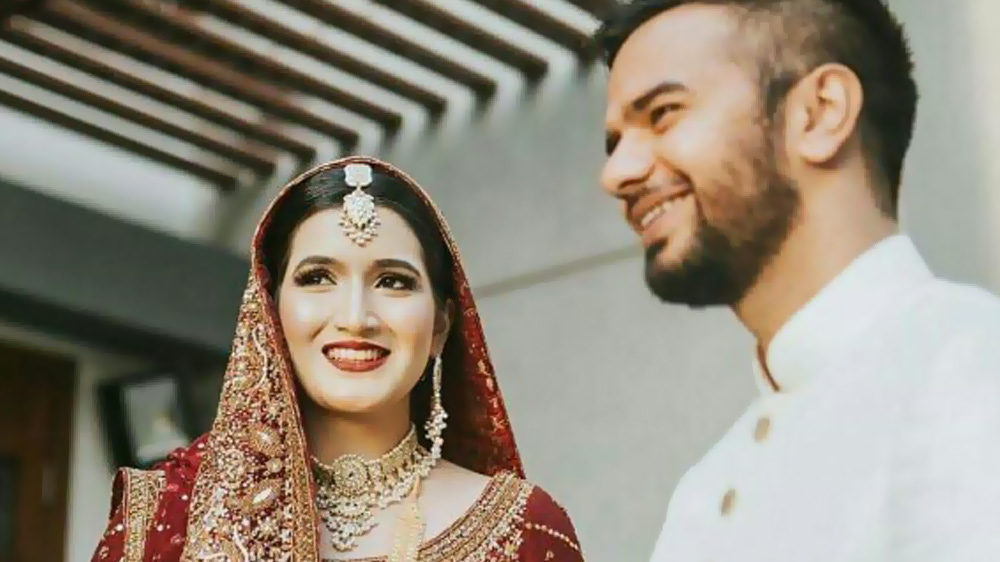 It’s a fact that marriages take work. Gone are the days when partners, especially women, could just stick with an abusive spouse because of the ‘What will people say’ syndrome.

Obviously, with the growth in a more educated and socially mobile middle class, there has been a rise in Pakistan’s divorce rate as well. Some people blame ‘love marriage’ for this whereas some think its about partners being more cognizant of their rights.

All this social commentary aside, how are Pakistanis finding their partners these days? A recent poll by Gallup Pakistan reveals that 85% of Pakistanis met their spouse through parents or close relatives.

Only only 5% of Pakistanis said they had a love marriage.

Majority of Pakistanis (85%) say they met their #spouse through #parents or close relatives; only 5% say it was a #love #marriage (Gallup & Gilani Pakistan Poll)https://t.co/f0rlOG1Hx8 pic.twitter.com/6FMIowJG4y

Gallup & Gilani Pakistan carried out a survey by the Gilani Research Foundation. A nationally representative sample of men and women from across the four provinces was asked;

“Please tell us how you met your current spouse?”

Now that we know the majority of people say that they’re in arranged marriages, what about those rishta (matchmaking) aunties?

8% of Pakistanis said they were hitched with the help of a matchmaker auntie in the family. While only one percent approached a professional match-maker. 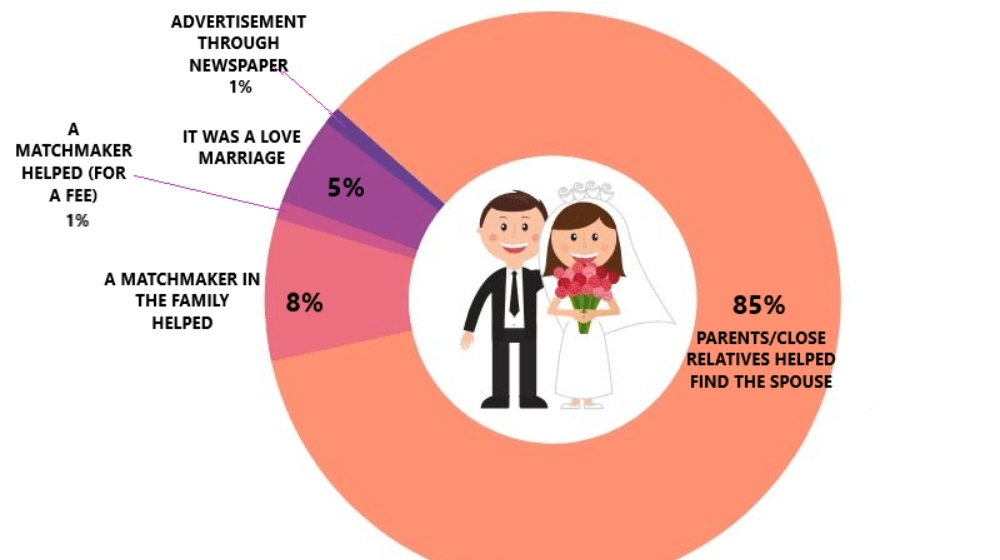 One percent even said they found their spouse through newspaper advertisements.

What about Divorce Rates?

So where does that leave our assumptions on love marriage? A University of Agriculture Faisalabad study proved that indeed Pakistan’s divorce rate is gradually increasing.

Yet they ranked other more rational reasons lower than love marriage being the cause.

9.66% of respondents thought financial problems were to blame. 14.83% were of the view unemployment was the cause.

5.17% pointed out religious conflict, and 5.62% listed misunderstanding were the major reasons for their respective divorces.