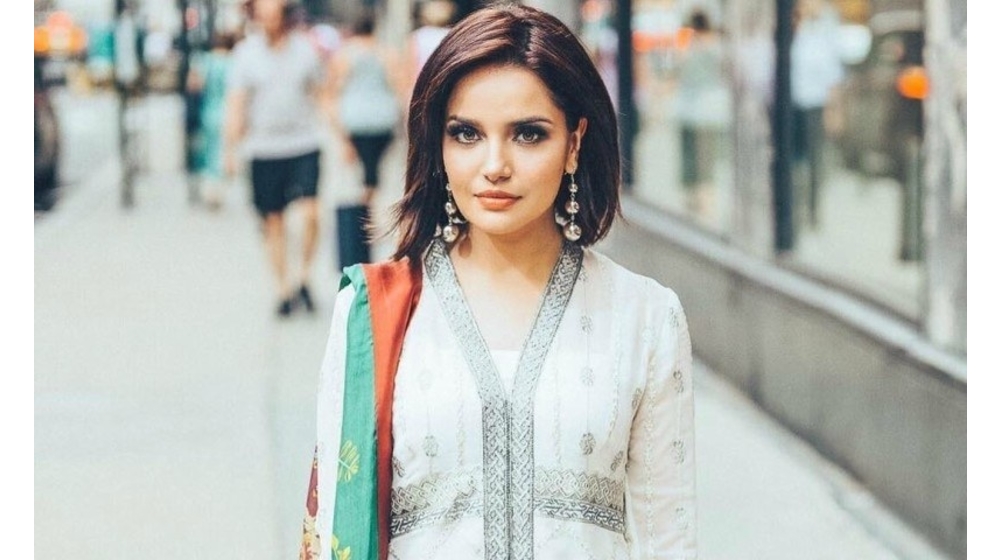 Armeena Rana Khan does not hold back when it comes to clapping back at trolls. So when the ‘haram police’ was commenting on her clothing, Armeena Khan gave them the more than a cold shoulder.

It all started when the actress shared a picture from the sets of a performance by the Slowacki Theater. That’s when some trolls came out bashing the actress over her ‘obscene’ and ‘revealing’ outfit.

Armeena Khan is wearing a strapless navy gown and looked great in it. The actress made it obvious she’ isn’t looking to get a clap on the back for her style choices. She will clap back at unsolicited advice though.

She schooled those trolls pretty hard.

That was a Brexit joke, right?

Talk about giving someone the cold shoulder.

Her fans loved the show (all that really matters).

Nadia Hussain Fires Back At Cyberbullies

Pakistani actresses are often trolled for donning Western wear, or anything deemed ‘not modest’. Often trolls trying to establish their own moral high ground resort to trolling celebs over their looks, weight, and other typical bullying tactics.

Armeena Khan is known for not just being vocal against trolls but issues she cares about. The Sherdil actress has been one of the most vocal celebs on the Kashmir issue. At one point Indian trolls even tried to have her account flagged on Twitter.

Of course, the actress just delivered a grand slam in response.