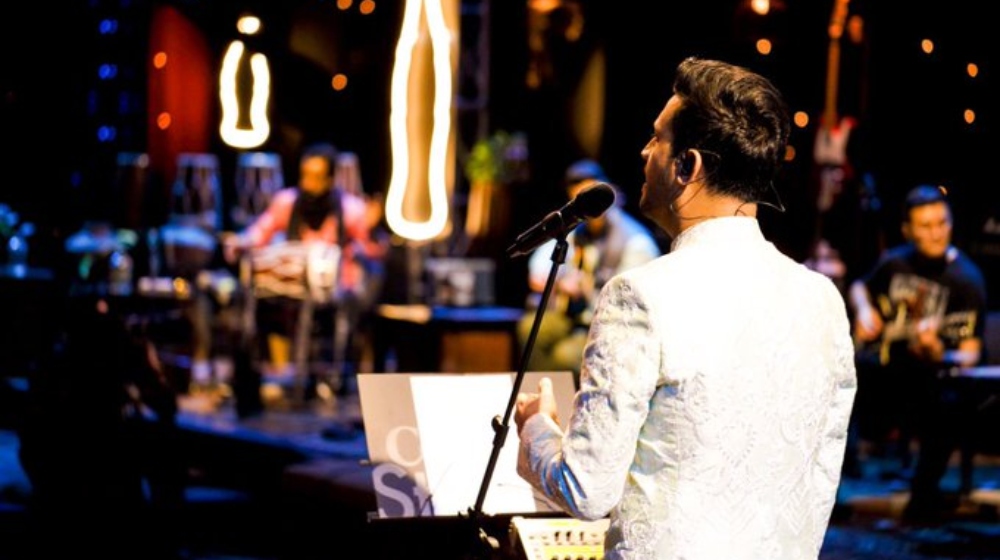 As Rohail Hyatt takes back the Coke Studio mantle, we see a return to the classics. Coke Studio Season 12 will kick off with a performance by Atif Aslam.

The show will be aired in two days but the first episode’s sneak peek has people obsessing over Atif Aslam’s rendition of ‘Wohi Khuda Hai‘.

Based on the sneak peak the 12 Bajay singer is even dressed the part to sing the ‘hamd‘ (an ode to God) in an ethereal white sherwani.

Atif Aslam singing the line ‘Wohi Khuda Hai’ built excitement even more than it was in just a five-second clip.

The singer talked about how singing the hamd was a spiritual experience. He even dedicated the hamd to his five-year-old son as something to leave behind for him. He hoped that it will help his son find his own way to connect with the Divine.

“When he grows up, he will listen to it and he will be happy that my father recited the Hamd.”

Wohi Khuda Hai was penned by Muzaffar Warsi. The Hamd was made iconic by Ustad Nusrat Fateh Ali Khan. That’s how it became a national favorite.

Of course, the Pardadari singer’s rendition of the national hit will be different. Previously his renditions of ‘Tajdar-e-Haram’ impressed fans and critics alike.

His single Jal Pari also garnered much praise on Coke Studio. This time around people expect nothing but great things from Atif Aslam