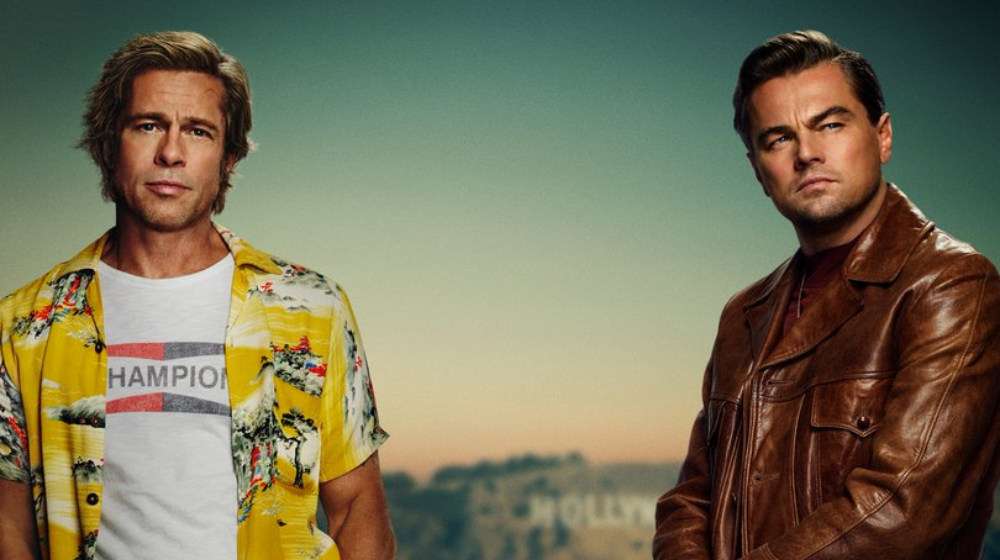 Quentin Tarantino’s Once Upon a Time in Hollywood has a new trailer and this is the first time we get to see legends Brad Pitt with Leonardo DiCaprio.

This will be Brad Pitt and Leo DiCaprio’s first feature length film together. With their amazing chemistry, here we’re wondering why didn’t someone do this sooner.

The only time duo was cast together was in Martin Scorsese’s short film The Audition.

Sony Pictures released the trailer ahead of the movie’s highly anticipated premiere at the Cannes Film Festival.

Quentin Tarantino’s ninth masterpiece Once Upon a Time in Hollywood cast stars Brad Pitt and Leonardo DiCaprio in lead roles. The movie has a star-studded cast with Al Pacino, Margot Robbie, Kurt Russel, Dakota Fanning, and the late Luke Perry.

The premise and plot details of the movie have been kept under tight wraps. We just got a better look with the new trailer.

The movie is set in the late 1960s against the backdrop of the Manson family murders. That’s one detail Tarantino was comfortable sharing.

Both men are struggling to find their way amid the final days of Hollywood’s golden age.

We see Rick Dalton have an on-set meltdown. Followed by Cliff Booth telling him;

Dalton isn’t so optimistic about this all. The fact that his new neighbor on Cielo Drive is Sharon Tate the emerging actress and wife of famed director Roman Polanski, is not doing him any favors.

Then they introduce the Mansion family cult and Cliff’s interest in the lot. The set is Spahn Movie Ranch the cult’s residence before the murders. We’re also left wondering if Cliff Booth is a good guy?

How does Cliff Booth accidentally gets wrapped up in the cult? Guess we’ll find out when the movie’s in.