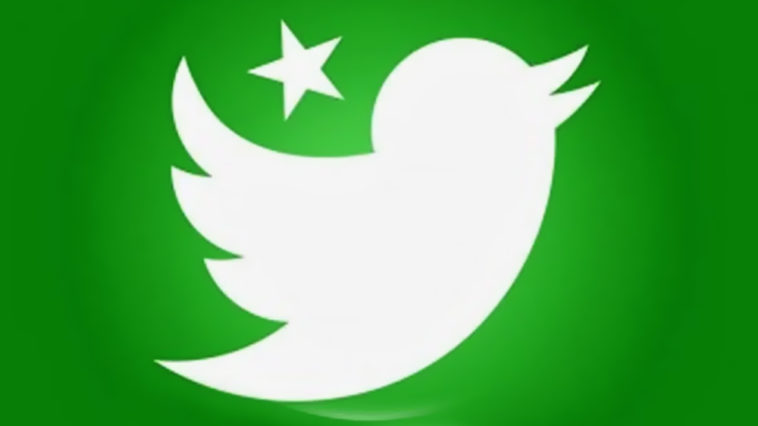 Twitter is famous for igniting trolling wars, hashtag games, memes and a whole load of other verbal jousting activities.

What people often overlook is that like any social community, it can also be used for good. At the end of the day, people want to connect, communicate and collaborate. Sharing their life stories is one such way.

Recently, one Pakistani Twitter user did exactly that, calling everyone to share their survival stories. The trend has proven to be quite popular, with hundreds of random tweeps pouring their hearts out.

This thread is proof that we may think people will dismiss our problems over their own. Or they may offer support and help each other overcome these hardships.

Tell me your survival stories

Dozens of people responded to the thread. The identities of these people were kept anonymous on their request.

Here are some of their stories:

We have heard of cases where marriages do not work out. And yet, if you are single, its hard to escape questions like ‘When are you getting married’, from just about anyone.

Marriage has been taken for granted in our society, so much that people fail to acknowledge that not everyone is cut out to be a parent. They not only end up being bad partners but worse parents.

A person that can come out a good person from horrifying parenting experiences and damaged childhoods are heroes.

Here is an account of one such person who survived an abusive marriage:

The Monsters Among Us

Child abuse is such a rampant issue in Pakistan. Matters are complicated further when you observe how we never teach our children to identify and call out problematic behavior from adults. These can range from inappropriate touching to molestation. Most children choose to stay quiet out of fear that they will cause ‘disrespect’. The perpetrator goes scotfree in such cases.

Survivors like this man are an example of how creating awareness against these attitudes is crucial. Only then can we eradicate this social evil.

Spurred by one example, many other stories of sexual child abuse got told. When people try to undermine this issue as ‘a problem with this generation’, that’s just brushing the issue under the carpet.

With all these stories from those who survived sexual abuse during their childhood, one thing becomes clear. This evil behavior is enabled not by lewd content but rather an environment where no one calls out sexual predators out.

When she said “pray for my heart”, I lost it. Please, whoever is reading this, pray for her peace. pic.twitter.com/O5EV0JSbc9

Its a tragedy when these poor souls go on to become abusers themselves. However, this one survivor of sexual abuse chose a different path. She went on to become a teacher and now she’s educating her students about what their rights are:

This is another one. Please say a dua for this STRONG GIRL. MORE POWER TO YOU. pic.twitter.com/r9dC7V1oR4

As you can see, the sheer number of child abuse stories on this thread tells us one thing. We need to wake up.

Sometimes, tragedies threaten to tear families apart. Here is one such example:

Kidnapped, broken, molested and injected with toxic substances at 16 by MQM members and a Sindh Police DSP current SSP one of the few British remanent families in Pakistan. Father lost immigration status in the US when he came back for me. Abandoned by schizophrenic lawyer Mother

Bore sexual and emotional abuse from elder sister, lost mother at 14, abuse increased in her absence, did m.phill, became a lecturer, published research and books. Moved to UK, have a family now

This is the story of someone who grew up with a broken family. And they are not the only one.

As few days passed by, Someone in our family came to my mother and told her the truth that your husband is getting married without you knowing about it. She was shocked. Why would a husband marry someone half his age.

I asked her hey why are you crying? Her reply to me stopped my life there ‘ She took our father from us’

My mother and we welcomed her with open arms because hate wasn’t and never will be our thing. We accepted that it wasn’t her fault at all.

Nobody else but I would notice every little thing and that led me to over-thinking.

I am 21 now and as a result of everything i have had unstable goals and values, Frequent mood changes, Depresive and pessimistic for no logical reasons. I have been in love and searched happiness over there, found it and lost it.

Everyone’s Struggling in Their Own Way

One man talked about having to quit his education and later completing his studies with a younger lot.

Meant to complete studies in 2016 but moved to the Uk in 2015 which put me 3 years back, completed studies with kids 3 4 years younger than me, and literally I was depressed…finally got a job as broadcast engineer and will start later this year 🙂

Thanks a lot, I have faced a lot since childhood, I was 3 when my dad first had a heart attack, since then he had 5 angioplasties and 1 bypass I was the only kid and there is more depth which I don’t want to disclose, but all these events made me what I am today

In 2005, came to Islamabad from Sindh for my higher studies with the fee of two semester three pairs of jeans and shirts.
Money finished for daily commute and was having one time meal in a day.
In 2019, having a nice hime, big car and good earning in Islamabad ??

Some of these stories were short, and involved people overcoming life-threatening mental and physical ailments:

i fought with my depression and won

I fought cancer and won ??

I survived through an open heart surgery and another one is waiting!!!

Another story was about overcoming a disability. While some people are fortunate enough to overcome handicaps, others are not .

By age 3 had to learn to walk a 2nd time, with polio affecting back, leg. But lots of support from family, friends; lost parents in teens. Graduated, started work as a journo in a newspaper; then radio, TV, rose to board level in int'l media. Finally made editor where I'd started

In 2011 Became part of an org to help govt schools, so far have helped 80 schools. Started my own business and doing well. Also got a job. Gave a Tedx talk (inspired by @muniba_mazari). Alhamdulilah. Thanks to friends and family that never gave up.

Even Muniba Mazari reached out to support some of the people on this thread.

This man’s journey to break out of poverty and become a self-made cricketer even moved Shoaib Mailk.

The thread also brought to light instances of terrorism that people survived. Pakistan may be a safer place now but the hundreds of thousands of lives lost to terrorism are not forgotten.

Kidnapped by militants in 2010. After 11 days i was released thanks to my family’s efforts. I was twice attacked by IED, rockets & gun fight, hand grenade, firing from 2013-2015. Another attempt in 2016. In 2018 GE i was informed about a suicide attacker. Alhamdulillah survived.

Even Shahbaz Taseer pitched in.

I did a backflip to dodge a rocket

And the daughter of the late Brigadier (R) Asad Munir shared her story.

I was born with feet turned in, lost my best friend to suicide , went into depression between, was insomniac and on sleeping pills, helped myself, chose yoga , started to spread it and lost my father to suicide. I am I am I am 🙂

Im also surviving online harassment and insensitive trolls&surviving in a country where speaking against oppressors like military establishment and their useless puppets is dangerous as they are capable of silencing ppl through fake arrests, censorship, abductions&murders FYI

Sometimes just figuring your life out can be a huge challenge. Moist of us are not very self aware teenagers with a clear sense of direction on what we want and how to get there. We’re expected to settle down in our thirties when we’re just discovering who we really are at that point.

Oh and btw…I got 3rd position in my MBA as well ?

Got into drugs , left my studies , destroyed everything i had in my life (all this happened because i made a mistake in choosing friends) almost lost my love of live. Asmaan se zameen pr gir gya. Stood up again.. InSha Allah will get engaged this year 🙂

It’s hard getting over betrayal be it in a relationship, friendship or even family. People can be left shattered by the dishonesty of people who previously used to be the source of our self-esteem. Learning self-value and building self-esteem is a life long journey but some of us get there.

Heartbroken by cheating gf, found a small job, earned international awards through hardwork, got promoted, betrayed by family, married the girl I wanted by going against my family, maintaining everything with my own money. Tomorrow I'll post graduate. Im a dreamer & a fighter ?

Some people have not yet emerged as survivors and are still fighting their battles.

Still fighting, struggling to survive. Don't know if I can do this. But then who cares.

Sorry I can’t do this completely. It’s too difficult. It wasn’t just academics. Eating disorder and Daddy Issues and everything else that comes with it. Situation right now: 33 year old with no direction, career, or future.

Wayyy far from survival as of now. Mentally, emotionally, career wise and all. Chances of survival real low. Sinking.

Can't. It's too much and still getting to grips with it.

This survivor stories thread shows us how Its now more important than ever to realize that everyone’s fighting their battles, and its not always apparent at first. 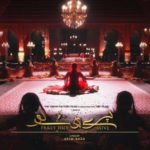 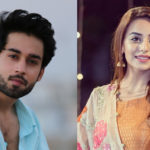