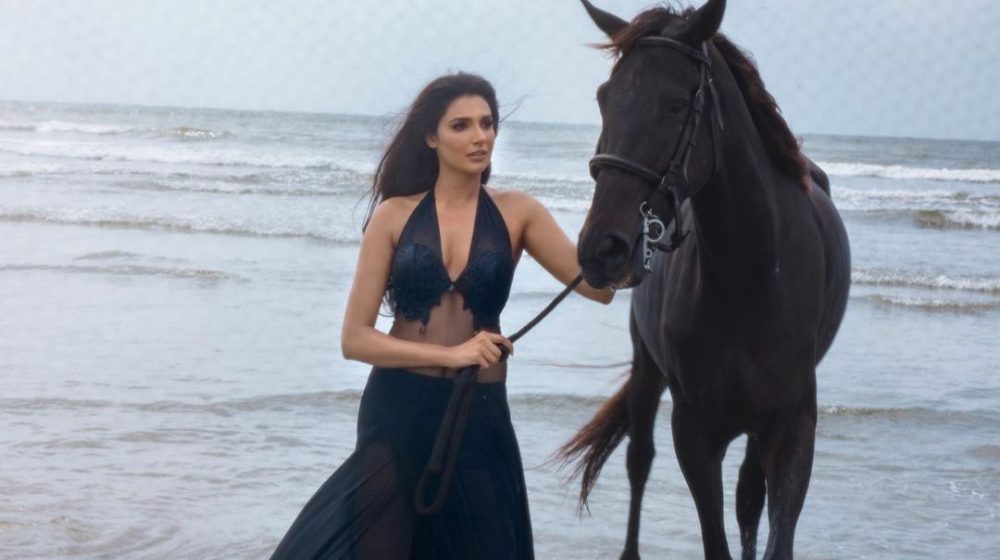 Supermodel Amna Ilyas left Jaws on the floor with her latest photoshoot. She got together with makeup artists Ali Khan and Arshad Khan for a sultry shoot on the beach in stunning black outfits by Mansoor Akram Couture. Her co-model was a horse called Becky. 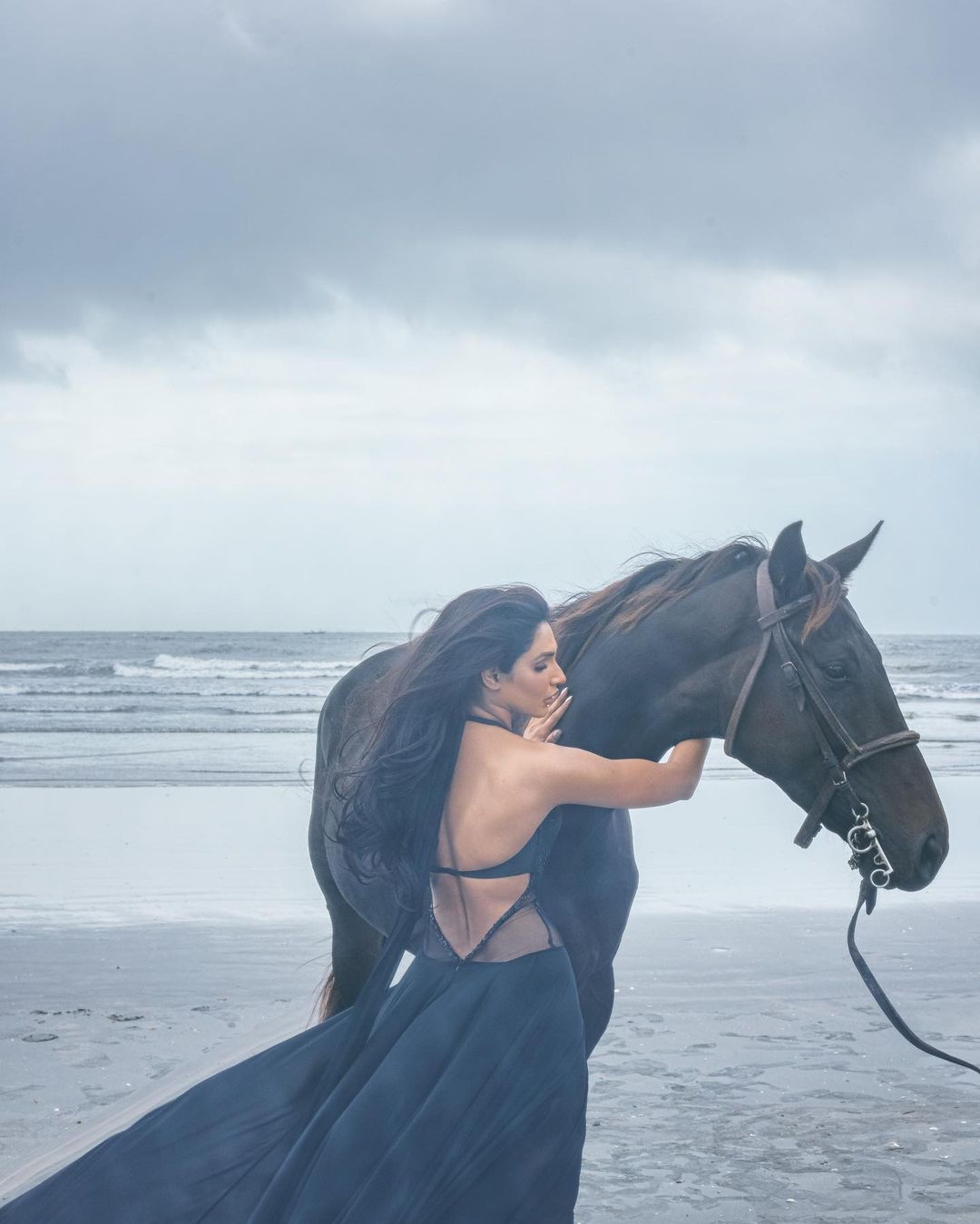 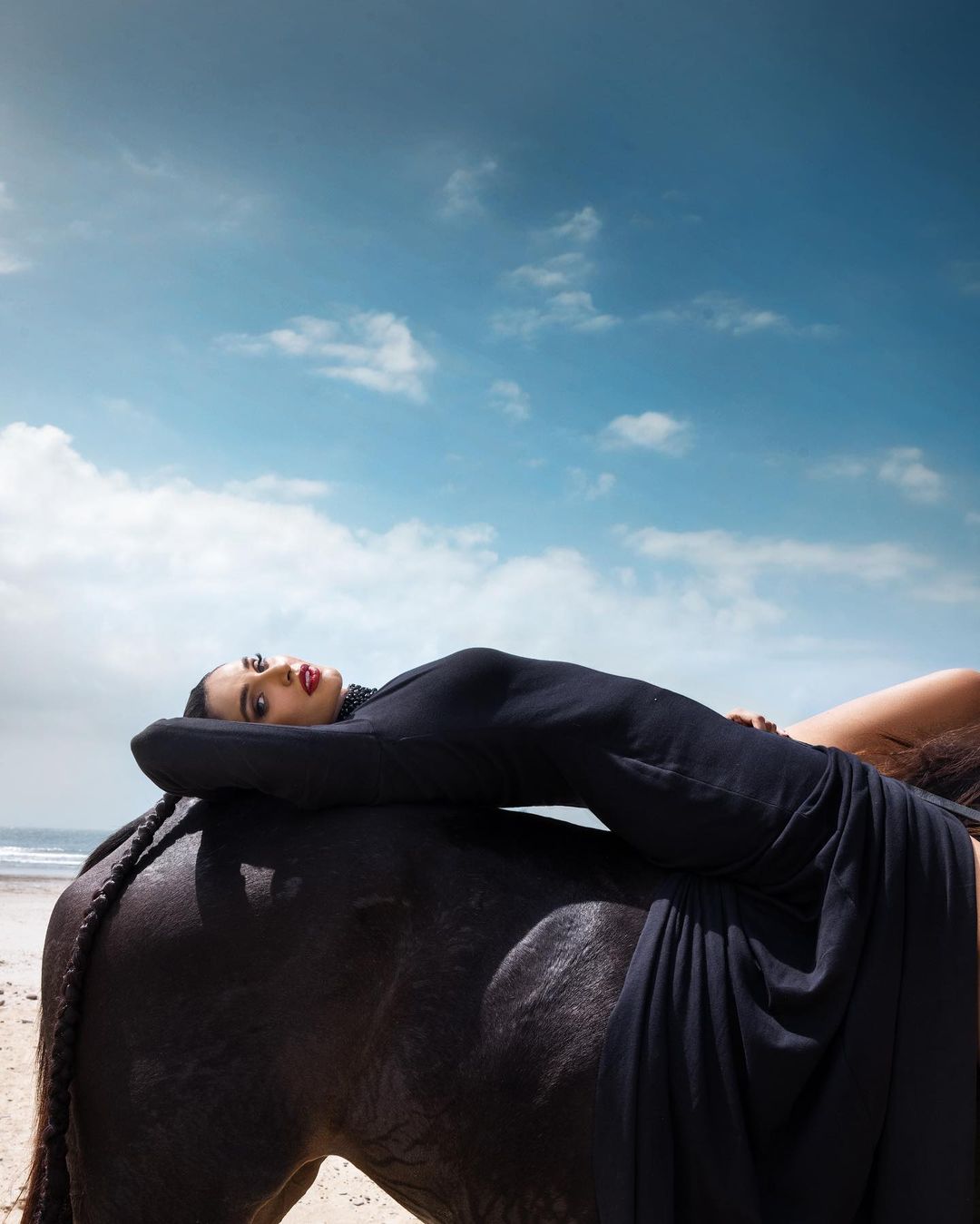 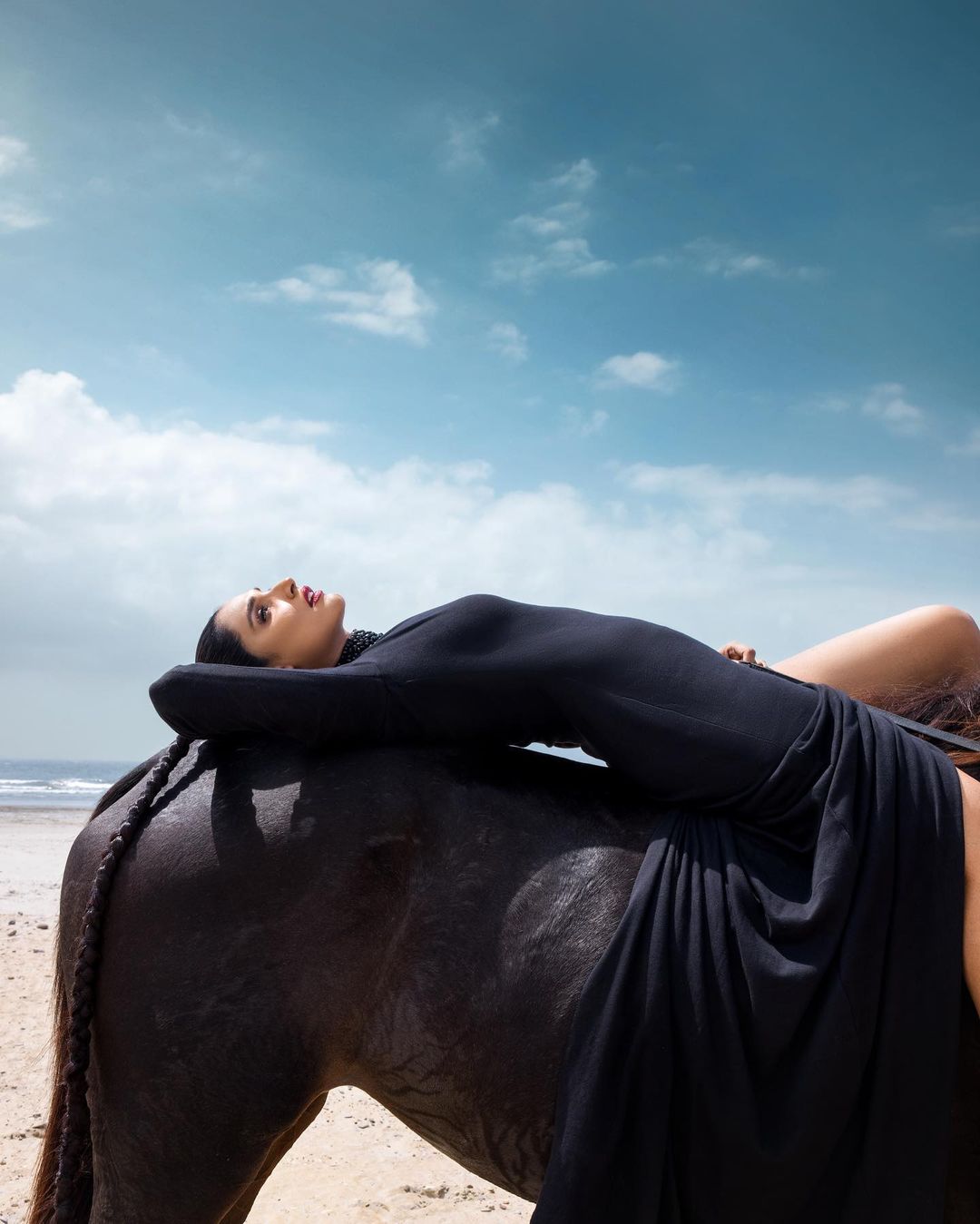 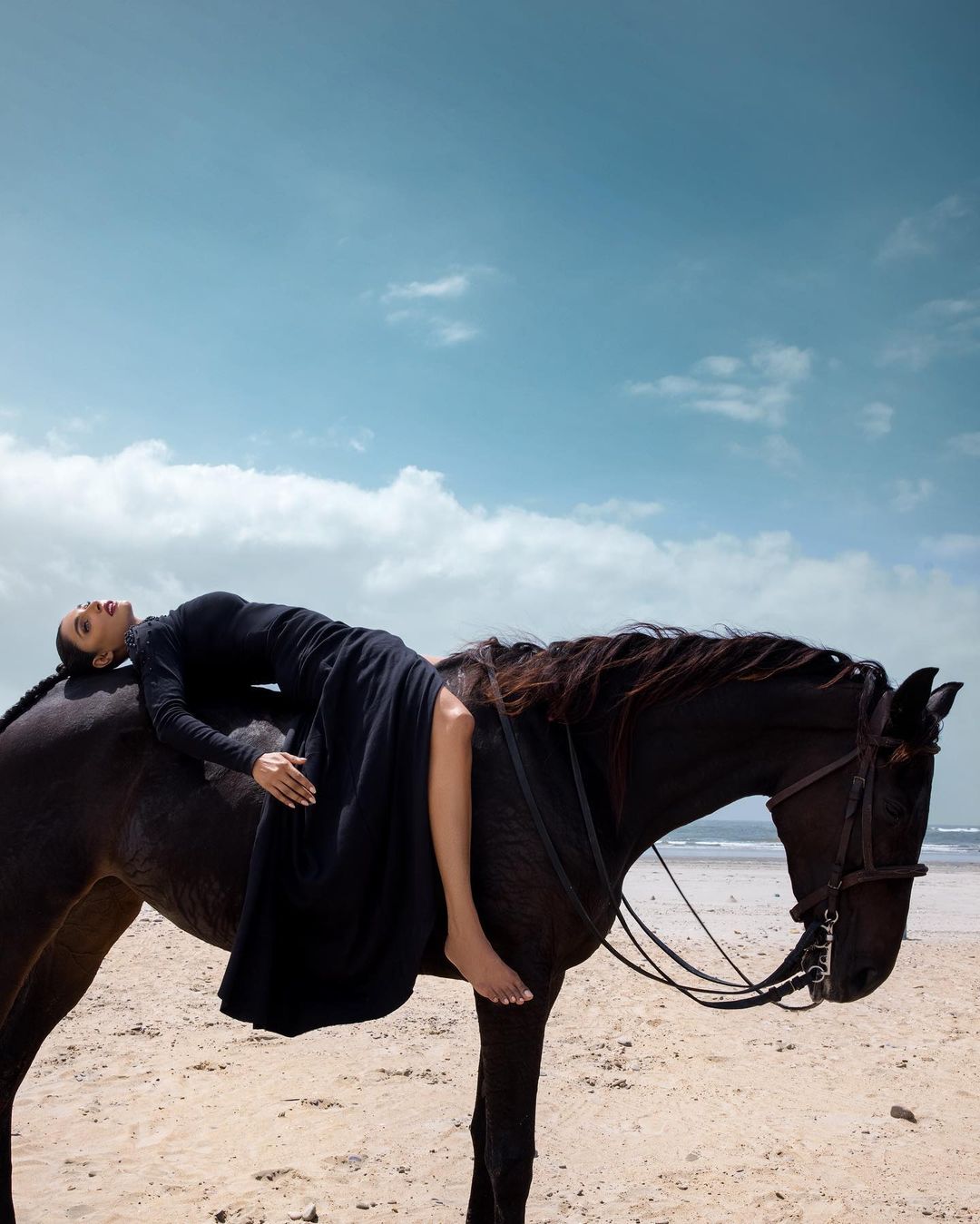 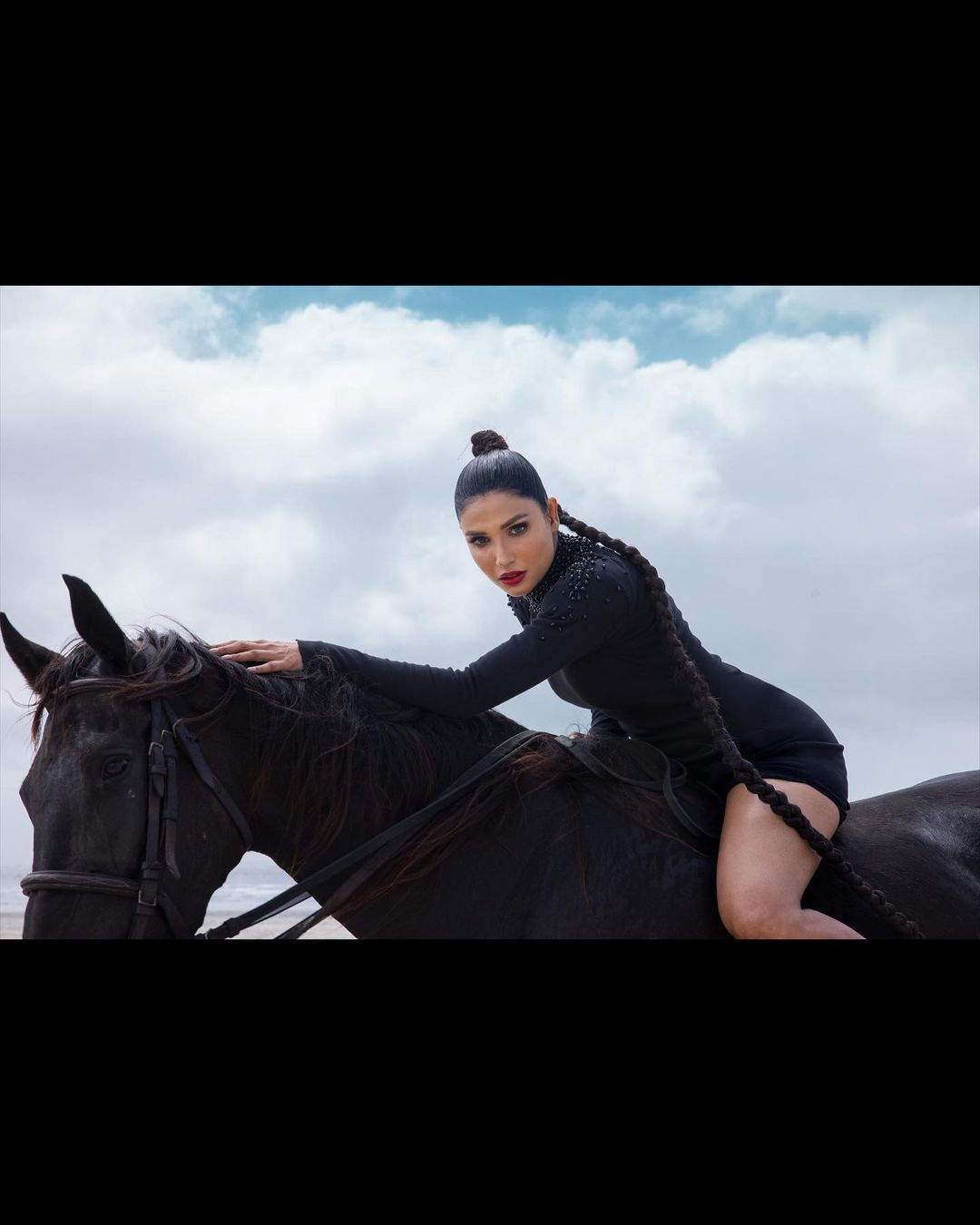 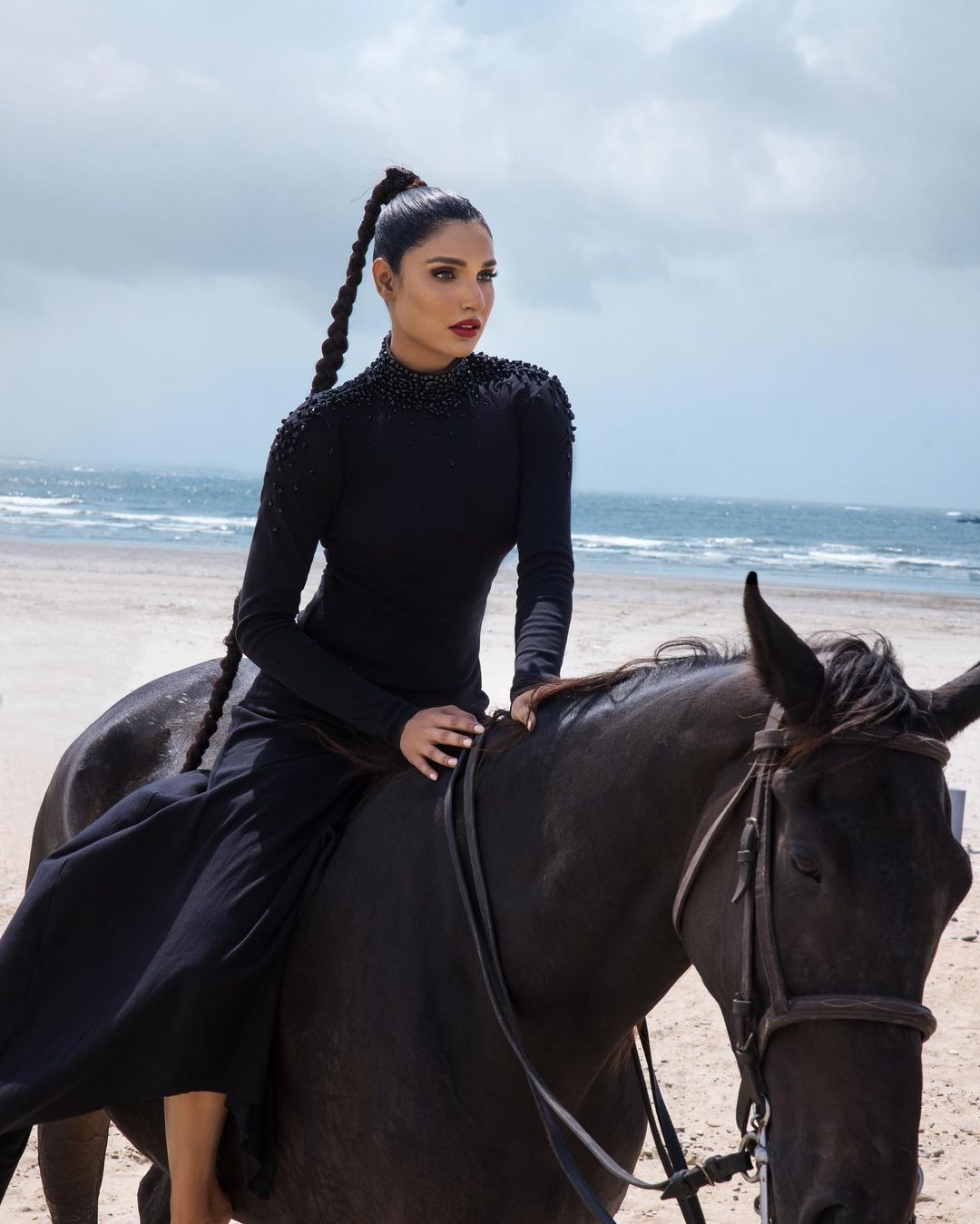 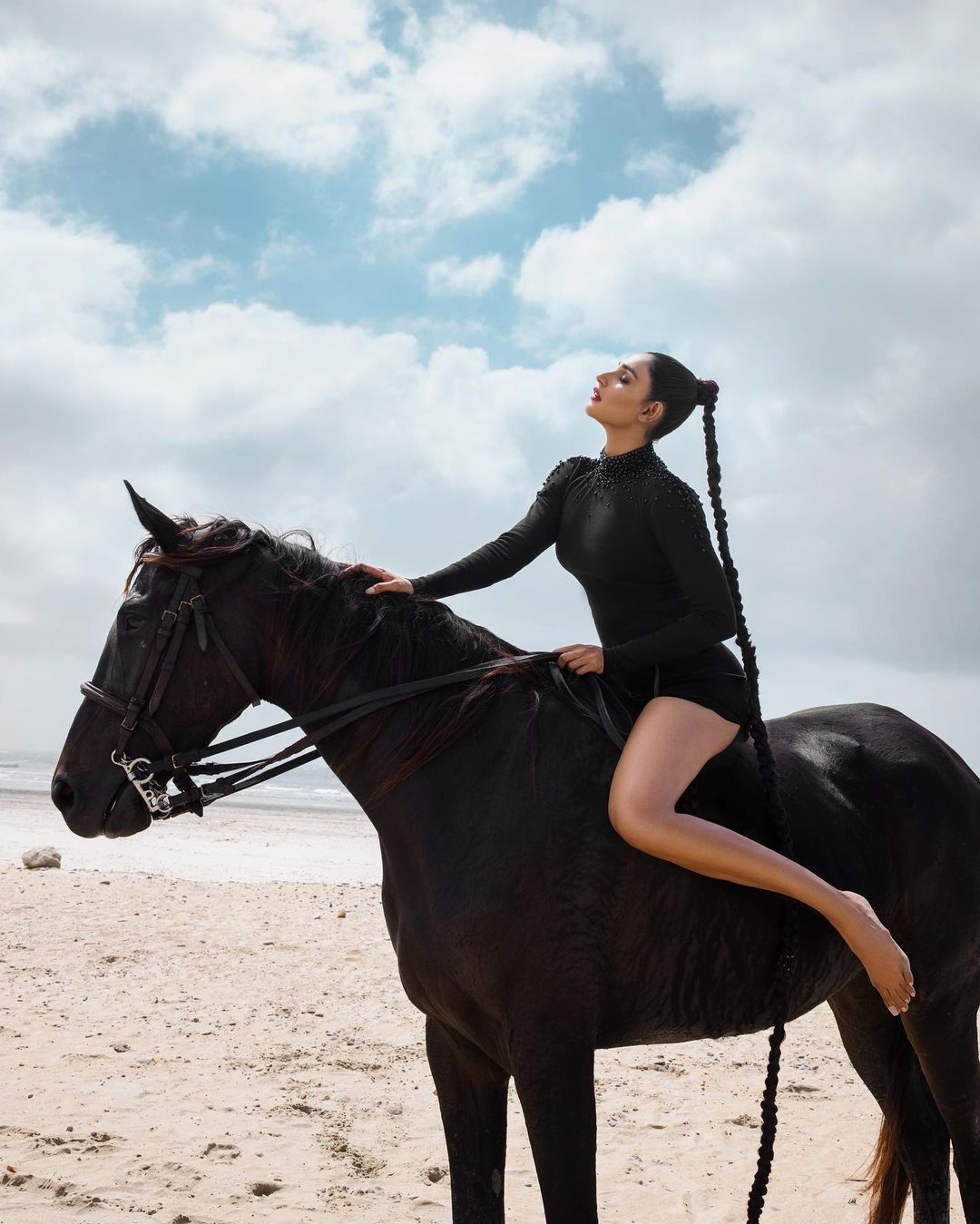 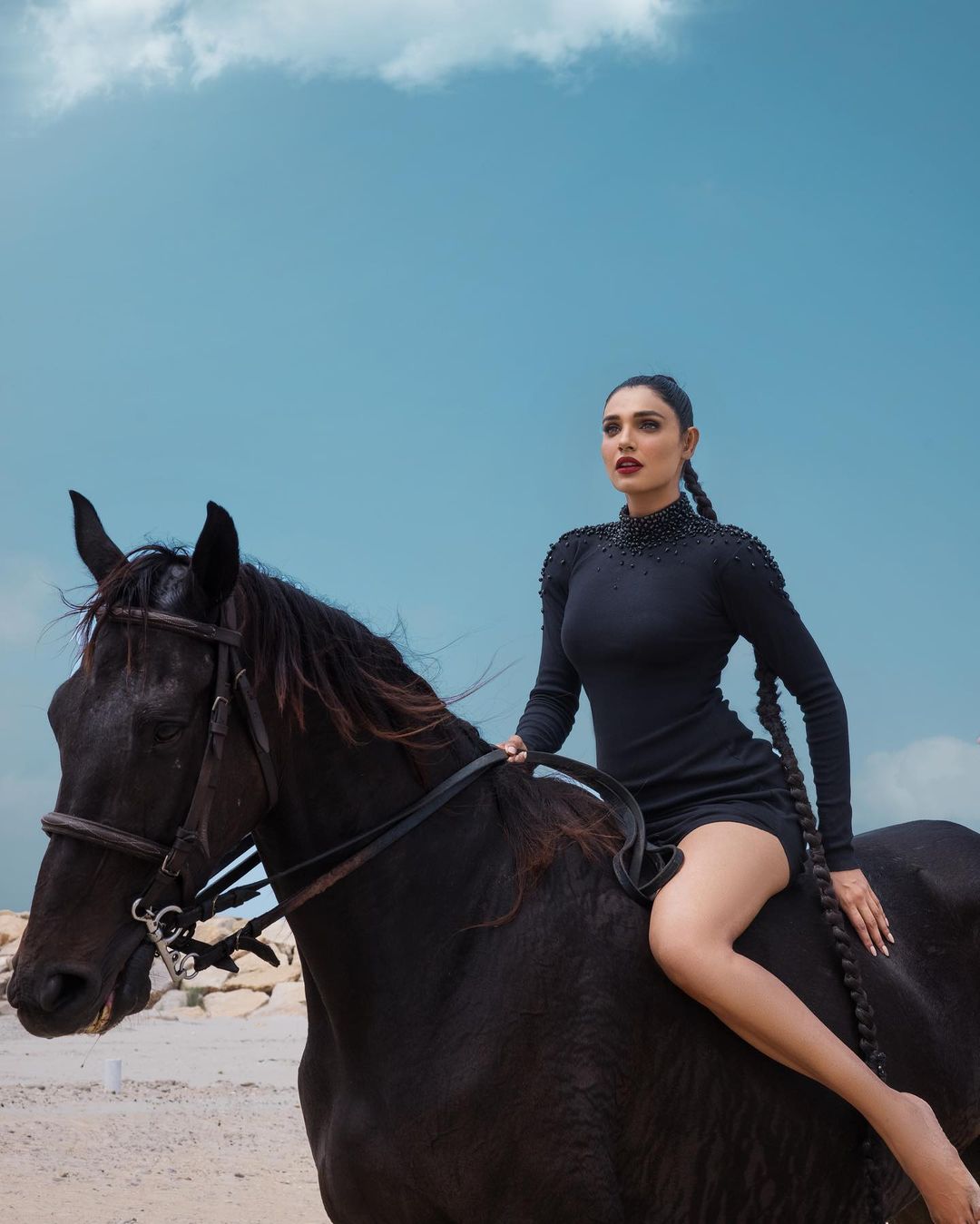 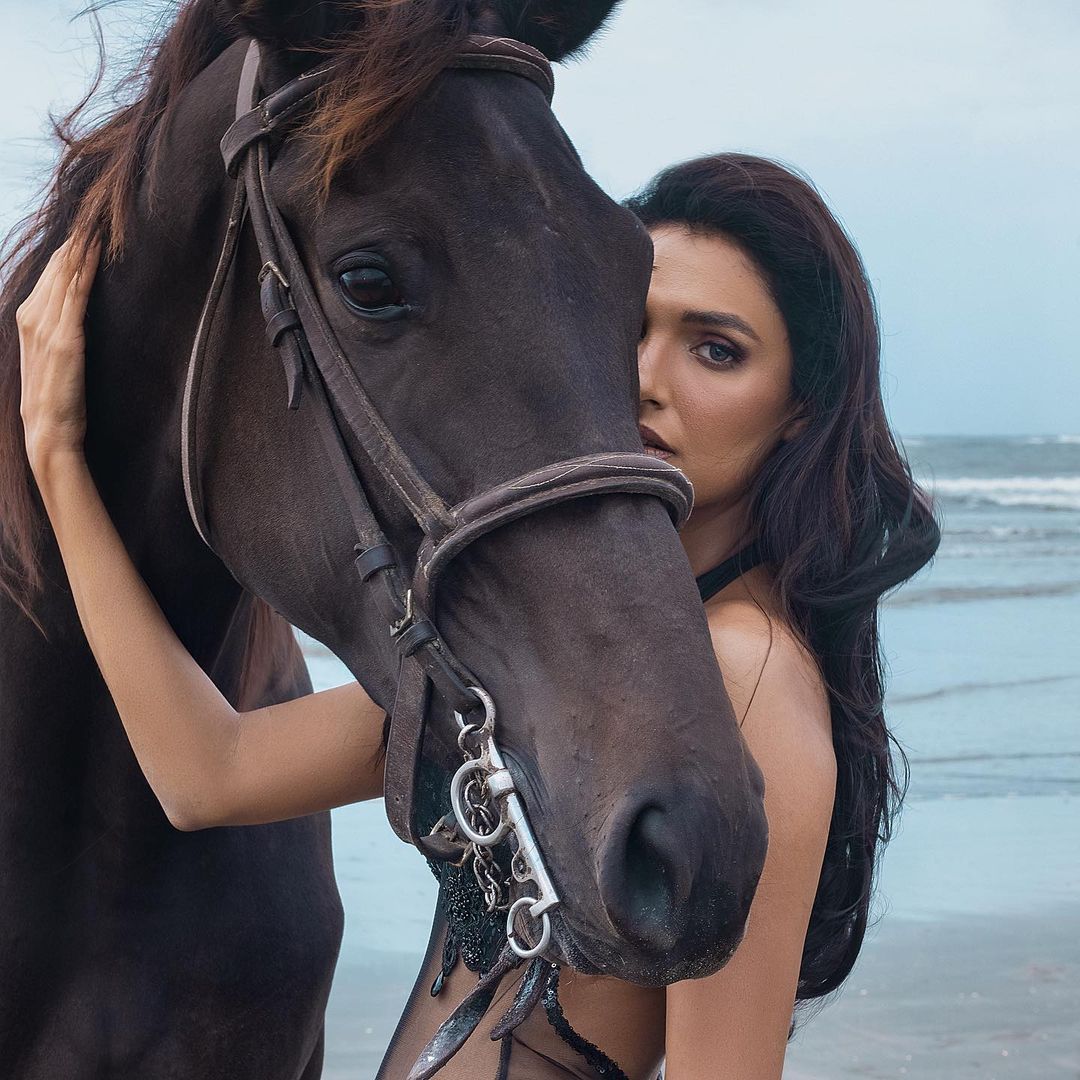 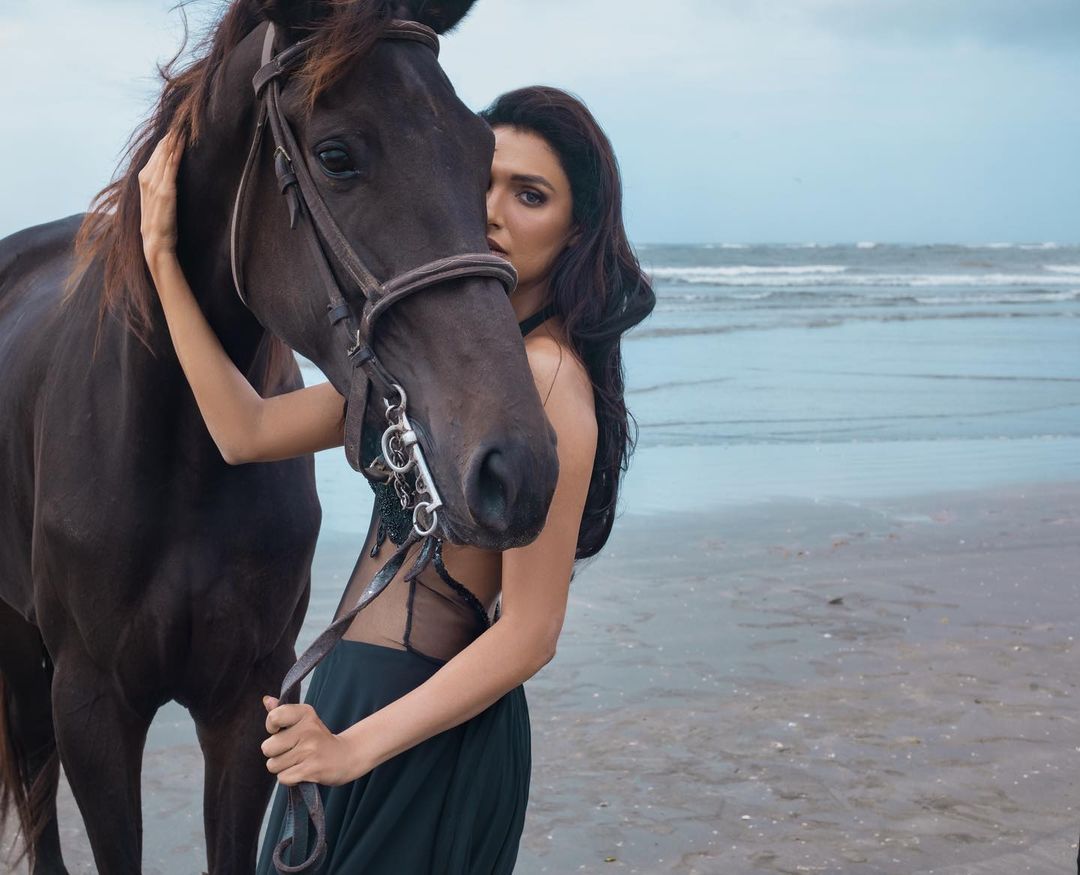 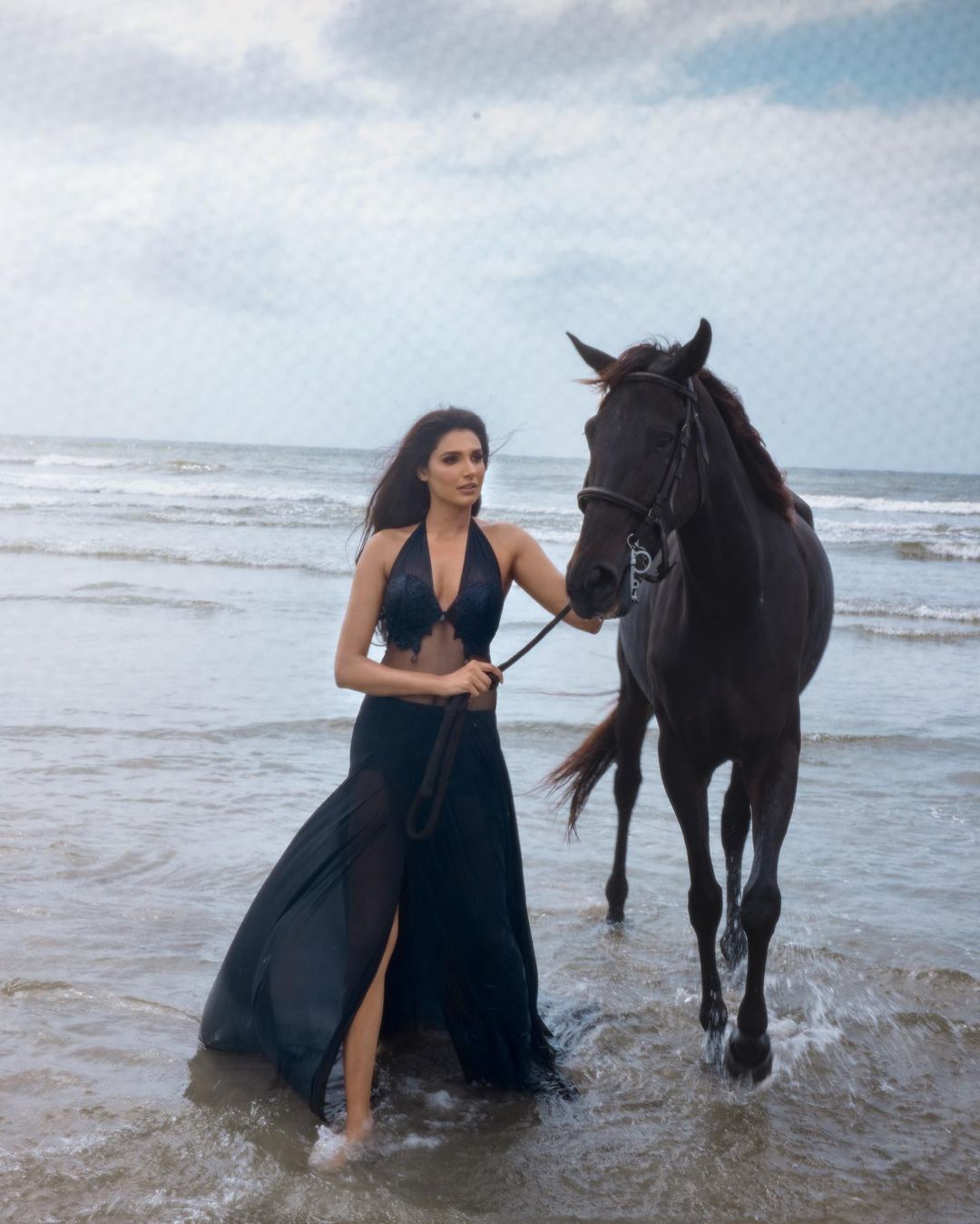 The Baji actress certainly got everyone’s attention on social media in these sexy black dresses, proving yet again why she’s one of the top models in the industry. She is the only model to have openly spoken about color discrimination in Pakistan and its fashion industry.

ALSO READ
Why Did 2,500 Naked People Gather for Photographs at Bondi Beach? [Images]

Amna Ilyas began modeling at the age of 17 and climbed the showbiz ladder with her stunning looks to become one of the top models in Pakistan, and is now a supermodel. She has won a Model of the Year award and was a judge in the beauty competition, Veet Miss Super Model. 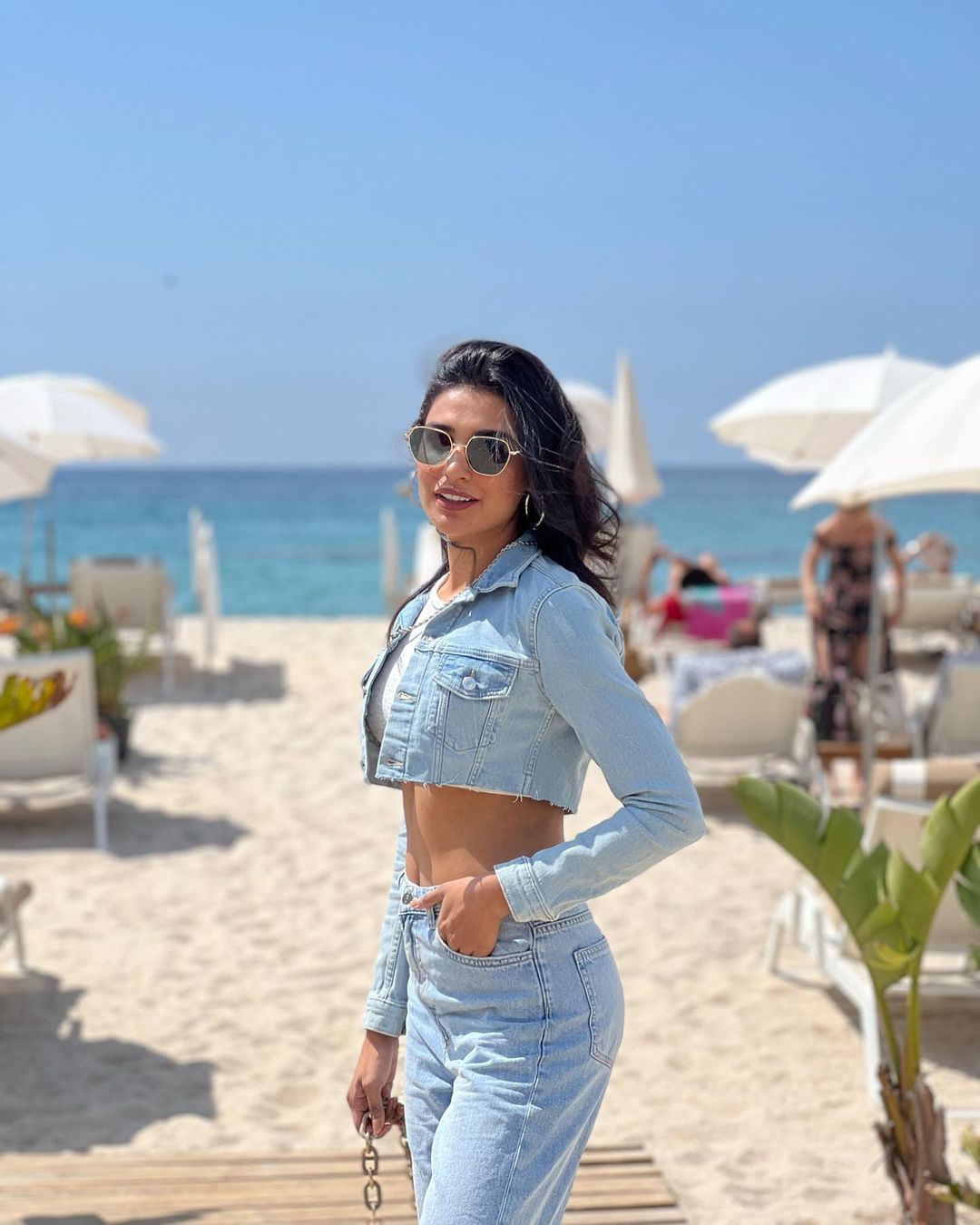 Following the success of her modeling career, Amna quickly transitioned into acting and made her debut in the hit 2013 film, Zinda Bhaag, which starred Bollywood’s Naseeruddin Shah. 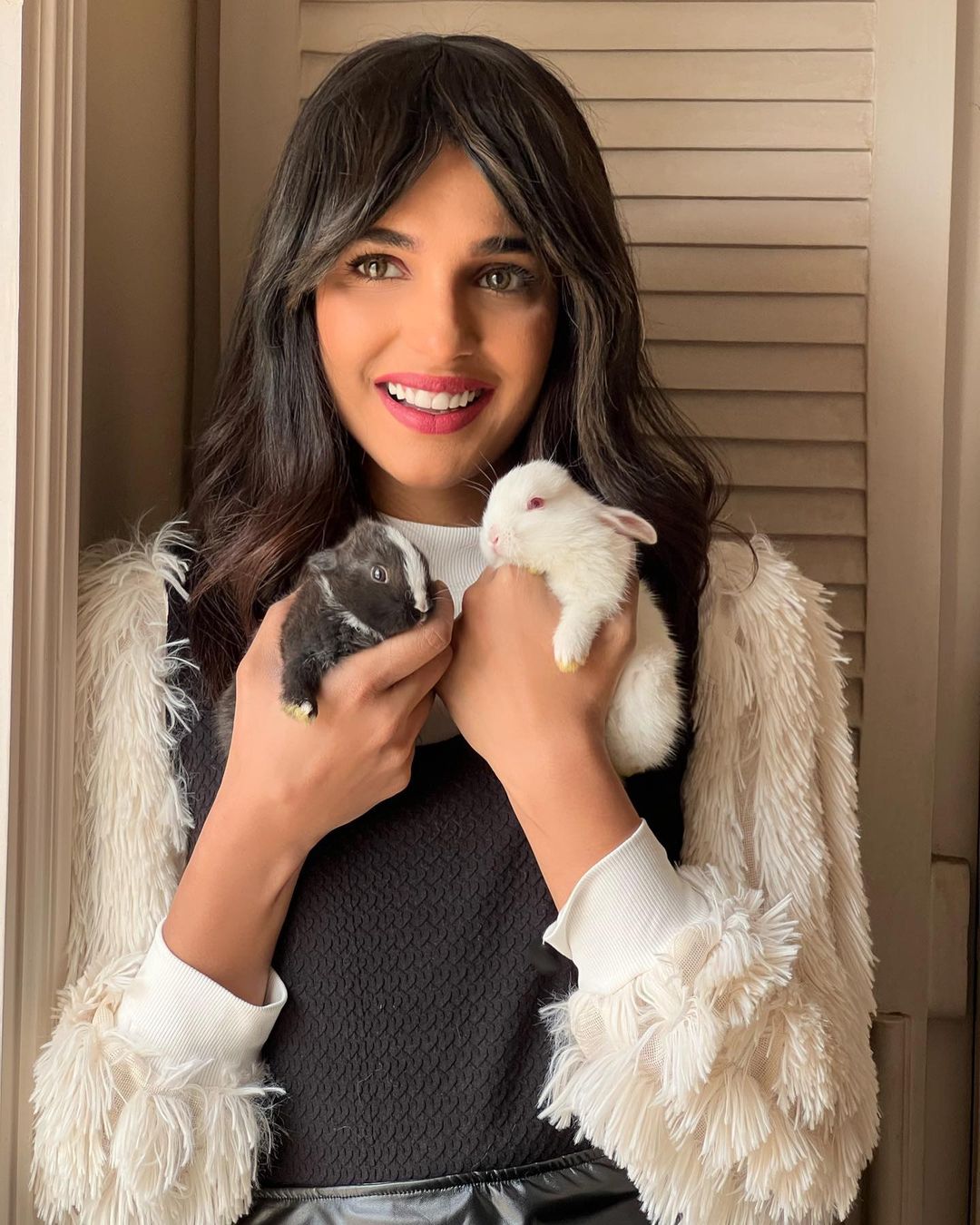 The dusky diva is known for her bold personality and often lands in hot waters for her unapologetic attitude and and fashion statements.