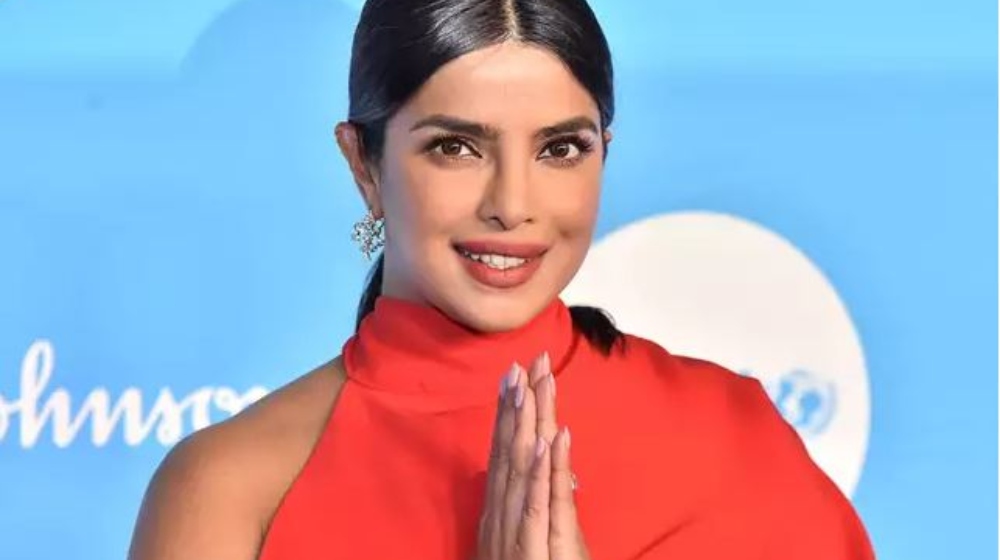 BIG NEWS: @UNICEF Goodwill Ambassador @priyankachopra will receive the Danny Kaye Humanitarian Award at our #UNICEFSnowflake Ball this December! An incredible voice for children — including on her recent visit to Ethiopia.

UNICEF USA announced that the UN body was awarding the Bollywood actress, which is deeply problematic. If you remember, earlier this year Mrs. Chopra beat the war drums during the height of the Balakot airstrikes saga.

Thanks to everyone who joined us for this year’s #UNICEFSnowflake Ball in NYC! A record-breaking $4.95 million was raised to support the lifesaving work of UNICEF’s humanitarian heroes.

“Giving back is no longer a choice. Giving back has to be a way of life,” says @UNICEF Goodwill Ambassador @priyankachopra, receiving the Danny Kaye Humanitarian Award at tonight’s #UNICEFSnowflake Ball. “Let us live up to our children’s dreams.” 👏👏👏 pic.twitter.com/ltfKSq7AiR

While this makes Priyanka Chopra the first South Asian to win the award, South Asia’s second-largest nation is not appeased.

Unicef and Priyanka Chopra are a joke. The fake humanitarian and the useless organization are a match made in heaven. Both can go suck apples
💩 🤡#UNICEFSnowflake #UNICEFWontStop #unicef
@UNICEF @priyankachopra https://t.co/1ehKnnfKgu

People also called out her support for Modi and Bhartiya Janata Party (BJP), whose government has abetted ethnic lynching and violence against religious minorities and even women in India.

@UNICEFUSA #UNICEFSnowflake @UNICEF @priyankachopra Using nudity/sex to promote herself, chanting slogans for Modi responsible for major human rights violations (https://t.co/VMT7hVsbIO). What a trashy person to select for an award and role model for young girls.

Massive outpouring of anger erupted after The Sky is Pink actress shut down a Pakistani beauty blogger Ayesha Malik at BeautyCon 2019. The Pakistani-American’s mic was taken away when she called out PeeCee as being pro-war.

Now this move by UNICEF has dug up all that controversy all over again.

Some of her fans made a jibe at Ayesha Malik saying;

“If you have done nothing to actually help, venting and yelling don’t count… some people should have several seats”

Ohh ur so pained. Congrats to Priyanka once again on her bg awarded the Danny Kaye humanitarian award by UNICEF. PS it is not by ventiing and yelling, neither is it by faux outrage for attention, it is by work and action. Some idiots can't relate. #UNICEF #UNICEFSnowflake

Sis Literally said… if you have done nothing to actually help, venting and yelling don't count… some people should have several seats 😍😍😍 #actionoverintentions #PriyankaChopra #UNICEFSnowflake #unicefdannykayeawards https://t.co/G3HLsopYfV

This is quite disappointing to be honest. But really, UNICEF needs to know better than to celebrate pro-war individuals.