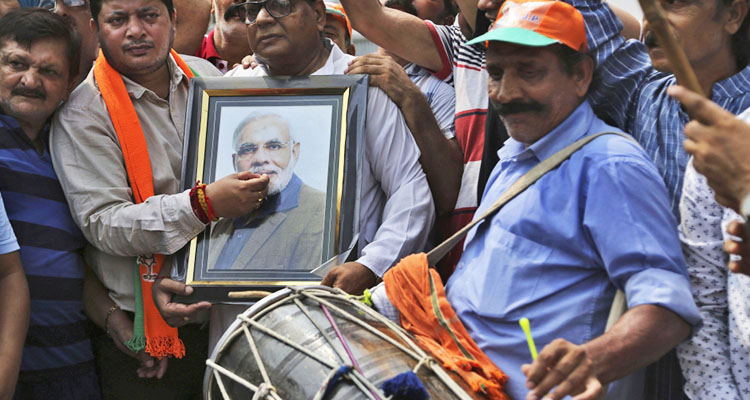 The abrogation of Kashmir’s special status really brought out Hindutva supremacy from the woodwork. We have seen calls to genocide from ‘educated’ Indians, and now we’re seeing another vile trend with ‘get a wife from Kashmir‘. Now Kashmiri women will have battle BJP’s propagated misogyny, not just racism and occupation by the Indian Army.

Most Indian citizens don’t even know what ‘The Kashmir Solution‘ and scrapping Article 370 and Article 35A are a precursor to. They just know that they can purchase land in Kashmir. No one is asking where will the people that already own that land go to?

And after land, they are coming for the women next. You can’t be blamed for thinking that this sounds like something out of a war zone.

People (read Hindu extremists) do have an eye out for Kashmiri women though, because to them they’re a commodity, just like the rest of Kashmir.

This blatant misogyny does not stop there. The social app TikTok is increasingly being filled with such open declarations for transgression. These people were not that they were progressive to begin with, but this is how brazen they are with all this hatred towards Muslim women now.

“Main toh chala Kashmir, mujhe Delhi main ladki nahin mil rahi hai (I am going to Kashmir, I am not getting women in Delhi).”

While social media is littered with posts asserting Hindutva supremacy, alternative voices have been silenced. There is a complete communication blackout in Kashmir.

Similar posts have surged across Facebook and Twitter. What is it with these desperate claims at whisking away Kashmiri women?

In the past, the Indian government did not prevent anyone from marrying Kashmiris. For the Indian men that married Kashmiri women though, there was a problem.

The children of women who married non-Kashmiris would not inherit property in Kashmir under its old laws. That was enough to keep unscrupulous elements at bay.

But why is marrying Kashmiri women now an open house for real estate? That’s just the racism and misogyny talking.

This is all part of ‘Hindutva Supremacy‘ flexing its muscles. The reigning Bhartia Janata Party (BJP) silenced anyone that called them out. However, women got the worst of it since they faced blackmailing via fake pornographic visuals to rape and even death threats.

Shockingly, even the Indian Prime Minister Narendra Modi himself follows these online fanatics online. He even invites these trolls to social media summits. Whenever the public calls for accountability BJP insist ‘the government should not be held responsible for encouraging hate directed at women online.’