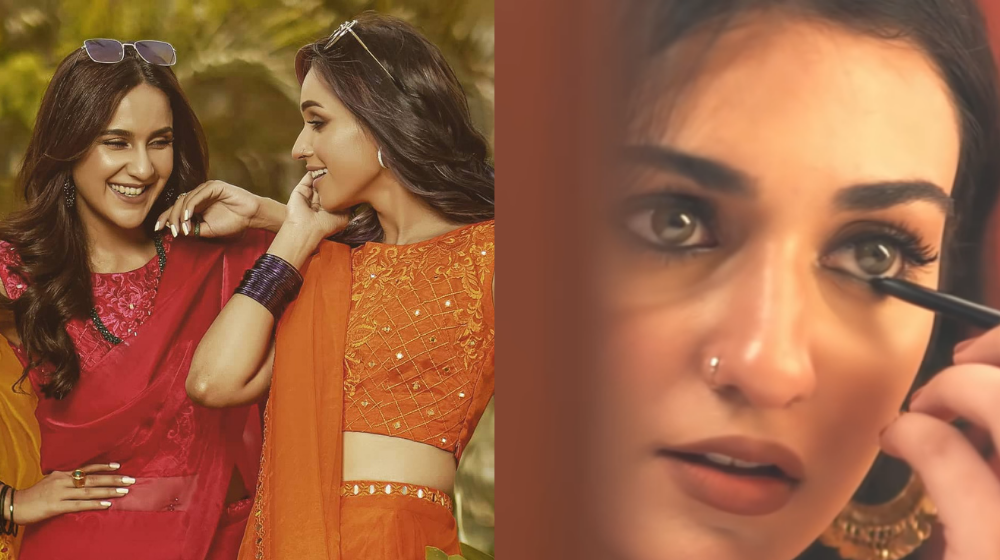 It is common knowledge that actresses in the entertainment industry do not share a great rapport. They frequently taunt each other or pass out statements that help them get attention from the media. This time it’s the Raqeeb Se actress Faryal Mehmood who is caught in a controversy due to her unpopular Instagram caption directed at Sarah Khan.

Netizens have accused Faryal Mehmood of unnecessarily criticizing Raqs e Bismil actress, Sarah Khan for her eye colour. Faryal shared a picture from her recent photoshoot with Anoushey Abbasi and said in the caption.

However, this joke did not sit well with Sarah Khan’s fans. They thought that Faryal directly attacked Sarah because she later used different lenses in her new drama serial Raqs e Bismil. Sarah did wear quite a few lenses in the drama, sometimes her eyes were seen as green and sometimes brown!

Faryal Mehmood gets roasted by Netizens

Faryal was heavily criticized for her attitude by Sarah’s fans. They had tons of mean comments to post. Many said that the actress just pulled off this stunt for attention or maybe out of jealousy.

One comment was particularly funny that said, “her lenses, her projects, her life, her money” 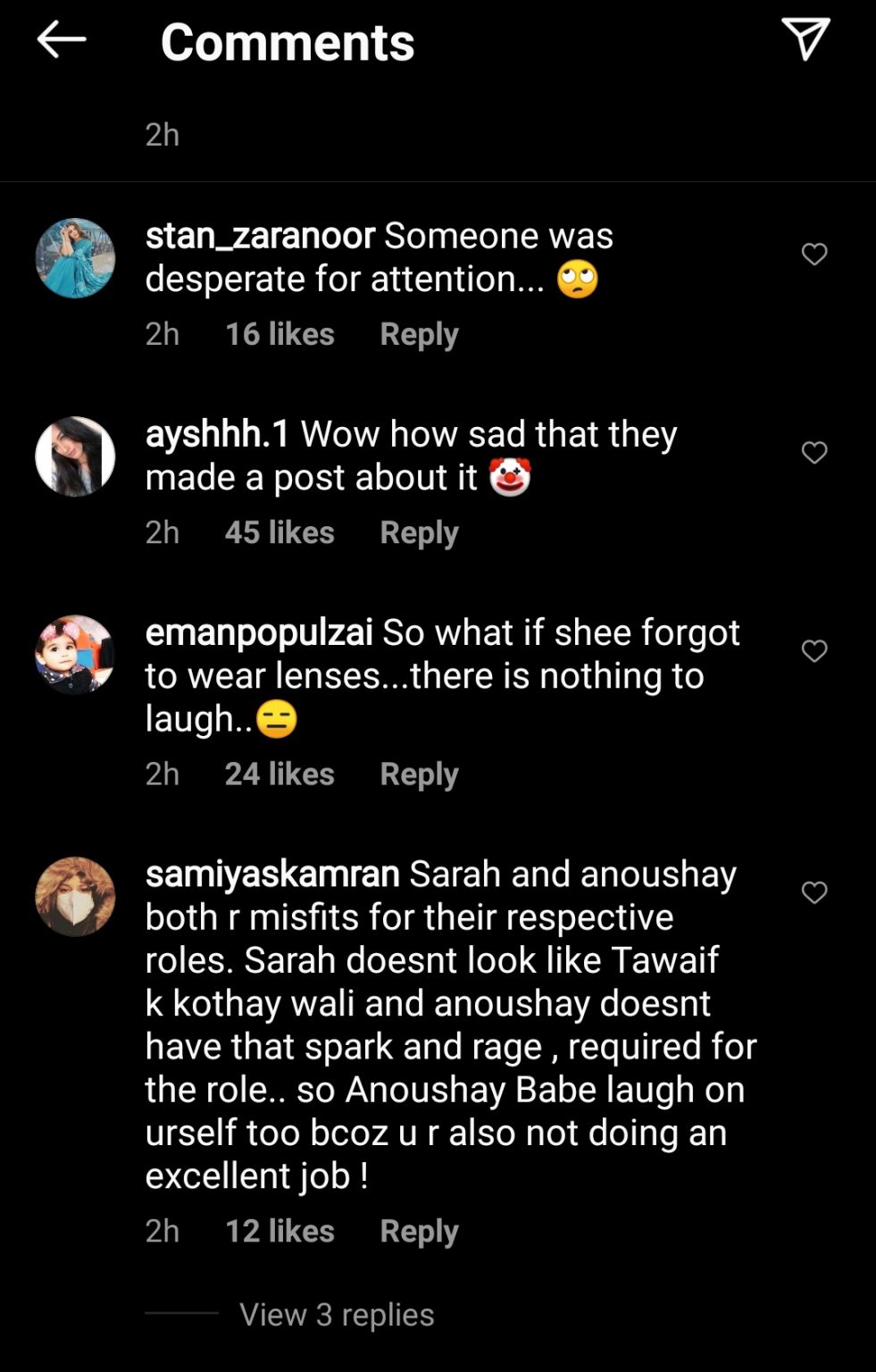 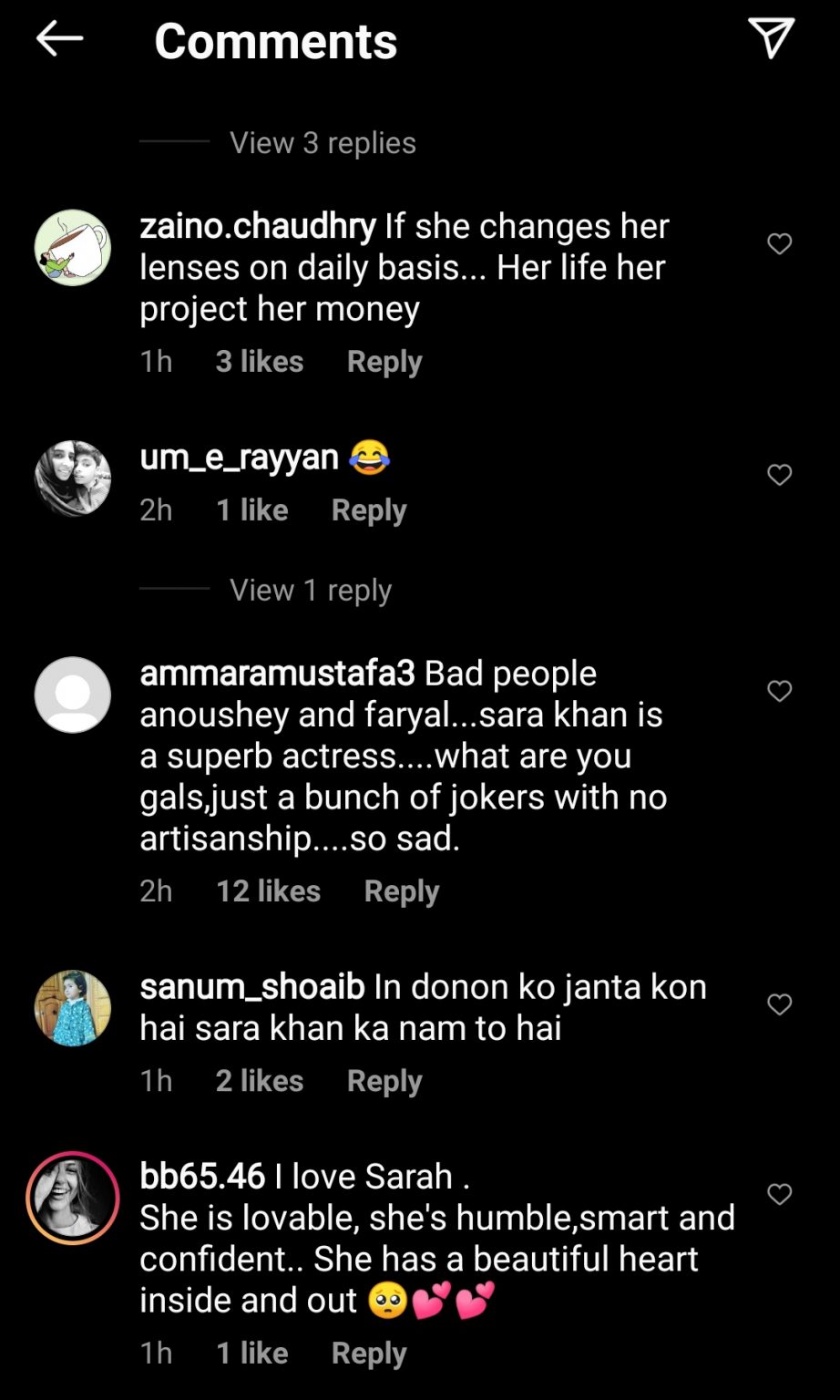 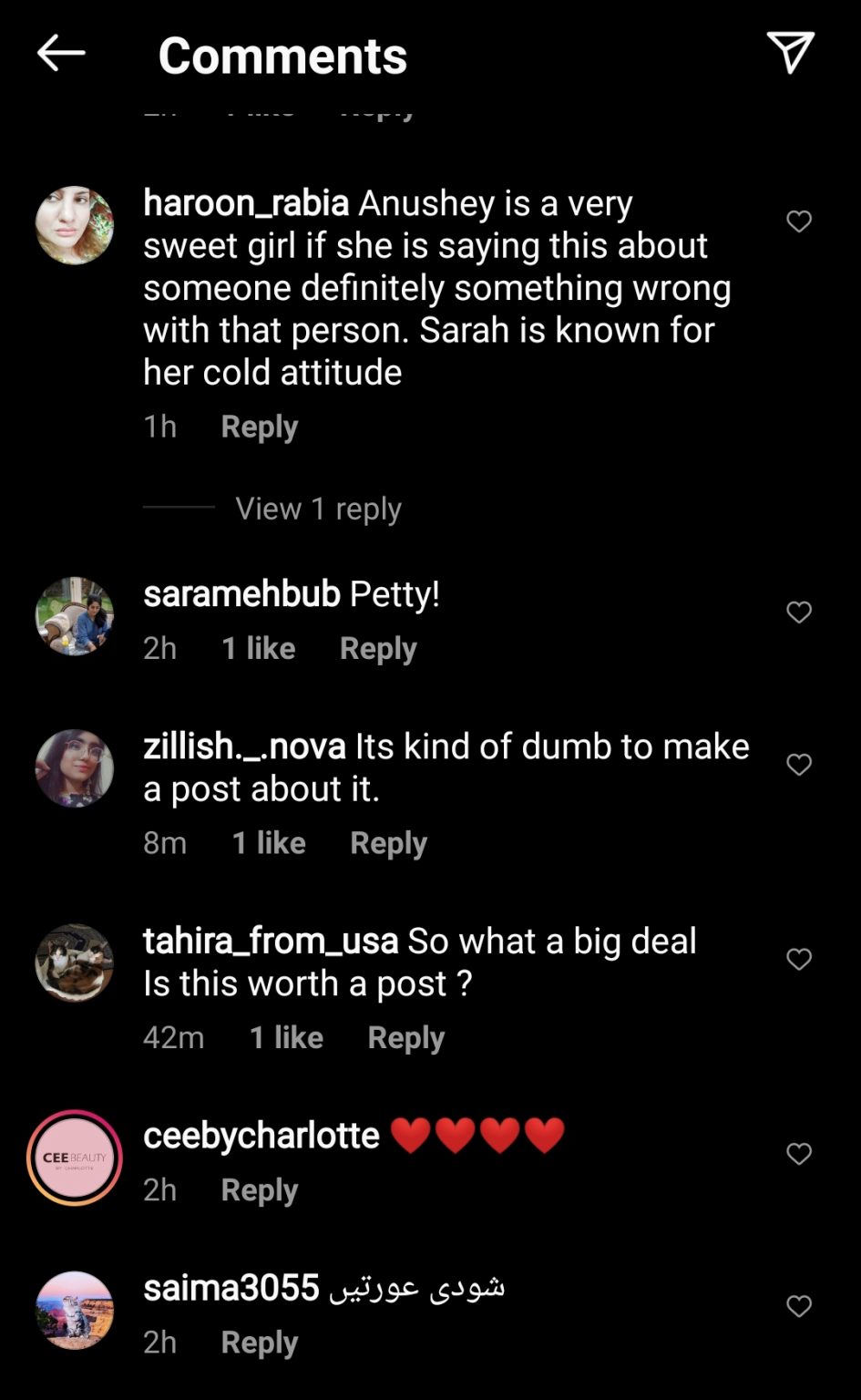 Now we don’t know if there is actually a cold war going on between Sarah and Faryal or was it just done in a fun way but one thing is for sure that Sarah has some hardcore fans. They always step up to defend their favourite star.

Who are you supporting in this battle?