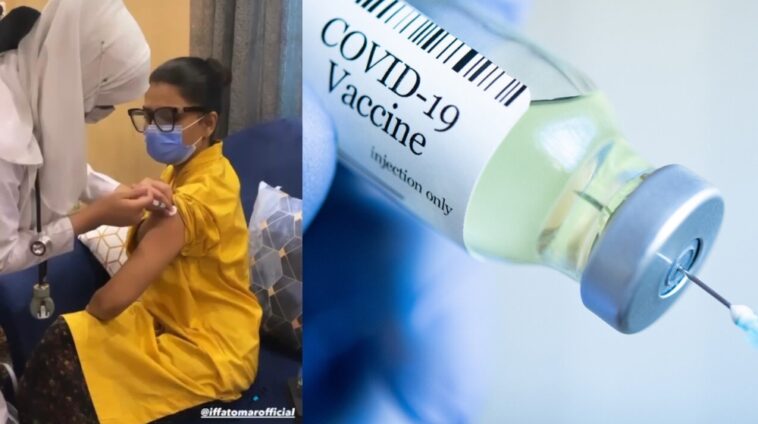 Actress Iffat Omar getting vaccinated has stirred up a storm on social media. Some are questioning why the actress was permitted to get vaccinated when the government has only allowed healthcare workers and senior citizens ages 60 and above to get vaccinated.

Meet Iffat Omar. She talks about rule of law, honesty and what not and was the first one to jump queue and get herself vaccinated! pic.twitter.com/cebrECklt5

Many Netizens were furious over the speculation that the senior actress was vaccinated out of turn. Currently, the free doses of COVID-19 vaccine donated by China are being administered to healthcare workers and senior citizens only.

Official Suspended Over Vaccinating PML-N’s Family Out of Turn

Some people argued that while the Mohabbat Aag Si actress might look great for her age, she’s probably 60. Iffat Omar is married to a CSS officer and only has one daughter.

If indeed the starlet went ahead and got vaccinated when the facility is open to people aged 60 and over, the public outcry is justified.

People pointed out how the government has opened registration for people over 50-years-old who want to get vaccinated. The priority is to have those most at risk, people over 60, vaccinated first.

Still not open for above 50

Man the balls these people have, they do something unethical and then flex.. Damn

She is so opinionated and self righteous on her shows.

The vaccine is not available to be purchased.

Old Enough To Get Vaccinated?

The age of actresses is often shrouded in secrecy in order to avoid ageism in the industry. So how old is Iffat Omar really? We know that she’s over 40-years-old, because of a comment she made during an interview with Sheheryar Munawar and Maya Ali.

In their appearance on Iffat Omar’s web show, Say It All, when Sheheryar commented how she might be 28, the Kaanch Kay Par actress said she’s 48-years-old.

The starlet started her career as a model in the 1970s. By the 1990s she was a successful model and soon she made her drama debut. She really established herself as an actor with Pakistan Television (PTV) sit-com Family Front in 1997.

Based on that math the actress has been working for over 40 years in the biz. So how old is she really?

She is an old lady I sue to watch her dramas of all types since I was a child. Now I'm 44 and she must be over 60

Meanwhile, pictures of Federal Minister for Housing and Works, Tariq Bashir Cheema, and his family getting vaccinated out of turn has Netizens furious. Iffat Omar is seen getting a shot in the video clip shared by Nawal Tariq Cheema.

– Federal Minister Tariq Basheer Cheema claims to be getting a trial vaccine.

– Is his entire family on this trial vaccine?

– Is Iffat Omar a part of his family?

– Iffat Omar runs a derogatory show against Imran Khan/PTI. Is she a family member of a PTI minister?#WrongNumber https://t.co/SUDT9BPw3T

Apparently, the actress and the minister clarified that they got booster shots not the vaccine. However, the public isn’t sold on the explanation.

Tweet has been deleted but I expect an apology from Iffat Omar, Tariq Cheema & his family in the very least for using their privilege to jump queue for vaccines that maybe an elderly person with co morbids could've used. People above 60 are waiting for their turns @OmarIffat https://t.co/P0ISgwwEo2 pic.twitter.com/eWTSXAWU0o

If blatant lying had a face it will be Iffat Omar
😀😀 https://t.co/fIG8zpysqX

Turns out Pakistan only received doses of the ‘Cansino’ vaccine for phase three of testing or human testing just today. Additionally, human trials are carried out in hospitals or other medical research facilities, in case something goes wrong.

There are calls for action against Tariq Bashir Cheema and Iffat Omar.

@Asad_Umar Sir can you please comment on Tariq basheer cheema,his family and iffat Omar being vaccinated and that too at the their home.Aren’t the lives of other Pakistani’s important.Would love to see some action from your side considering you guys as the flag bearers of change.

Do you believe their explanation? Let us know what you think in the comments below. 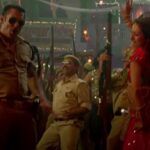 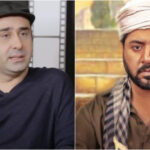