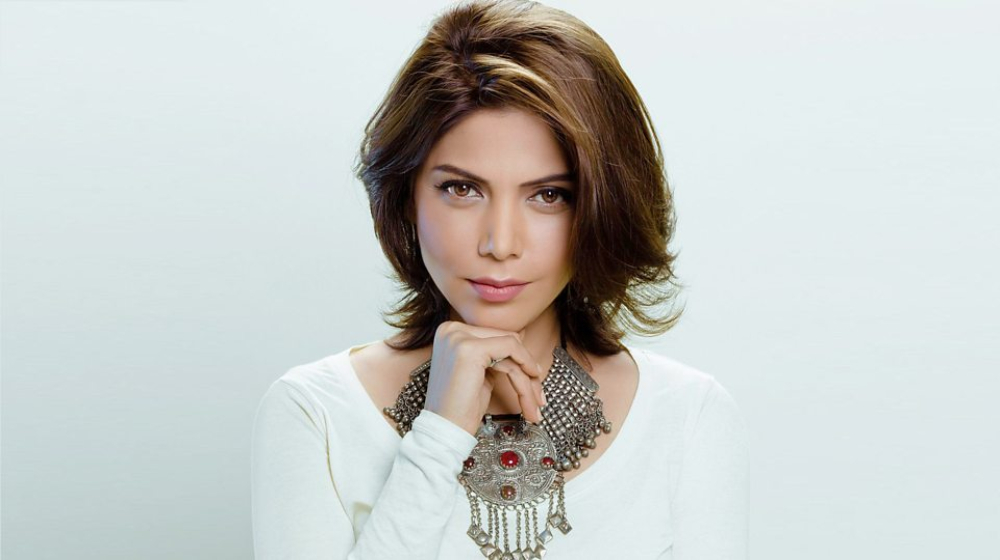 Boohey Barian singer Hadiqa Kiani clapped back at a troll who said she looks like an aunty’ that were projecting ageist comments her way (no room for that negativity here).

The songstress also pointed out that it was sad that women were actively partaking in this. Ladies, its high time we stopped hating each other.

Recently, the singer turned to her Instagram to address a comment from one of the women who follows her.

Here’s what the troll said:

Being the better person, Hadiqa responded to that comment, but not before taking care to hide the original commenters’ idenity for privacy reasons.

Hadiqa Kiani pointed out that why is that women come after women with this superficial trolling?

She highlighted the not-so-secret fact that women are taught to be vicious towards other women, from a pretty young age. She added that we need to teach our women to be ladies with other ladies.

“Very unfortunate that the ageist hater comments always come from girls. I’ve blocked out her name because I don’t want anyone bullied but we have to do a better job raising our daughters to love themselves and other women.”

The Kamli singer brought up the fact we choose to ignore that aging is natural and a perfectly normal thing at that. We all go through it. In fact, it should be something we’re proud of, like battle scars.

Yes, I have wrinkles, I survived the bird flu, mad cow disease, Ebola, and Zika epidemics of the 21st century, and lived in a time when Trump was president of the US….sounds better when you phrase it like that.

Women Deserve Better No Matter How Old They Are

Hadiqa even cracked down on the notion that after a certain age, women should be limited to the home (when the wrinkles start to show).

Imagine where we’d be if Bano Qudsia, Shireen Mazari, Asma Jahangir, or Fehmida Riaz paid attention to this dismal notion.

:“The idea that you’re supposed to just die and get locked in a house after age 35 as a woman in this country needs to end. If Allah gives me the energy, strength and motivation to be this active when I’m 55, 65 or 75 and if I want to be this active, then I will.” 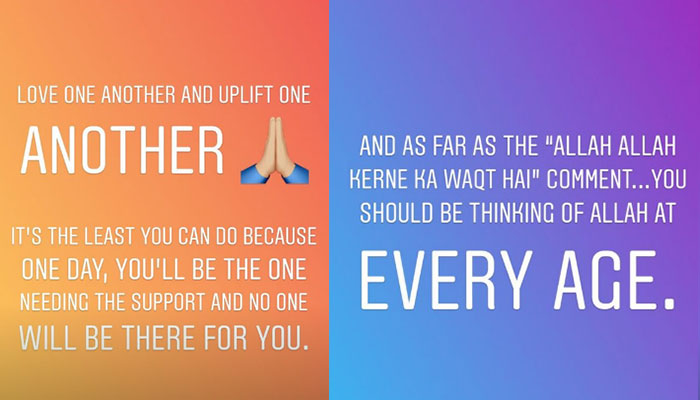 Last but not the least, Hadiqa addresses that suggestion regarding ‘Allah Allah kro’. We got to ask, how does a random troll know who does and who doesn’t. Unless that troll is a next-level stalker.

“And as far as the “Allah Allah kerne ka waqt hau” comment…you should be thinking of Allah at every age.”

Now that’s how you deal with trolls.