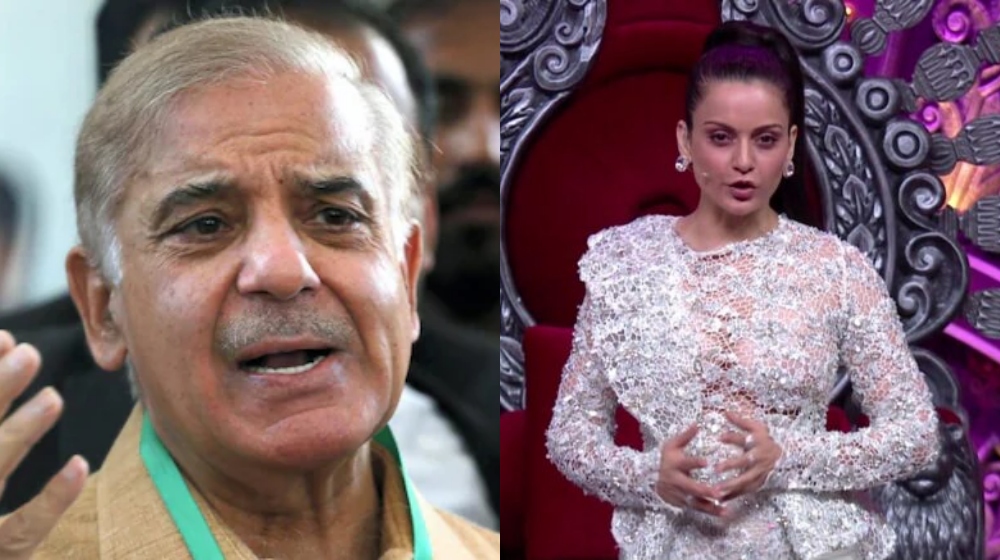 Everyone knows that Bollywood diva Kangana Ranaut is also a right-wing activist. Despite that fact, it seems as though the current Prime Minister of Pakistan, Shehbaz Sharif is all praise for the actress.

In today’s day and age, artists are called out and even canceled for their problematic views. However, looks like PM Shehbaz Sharif isn’t too evolved in this regard. Is this really true?

As Kangana Ranaut is currently promoting her recently released film Dhaakad, the Pakistan Muslim League Nawaz (PML-N) President was seen rooting for her.

The Woh Lamhe star posted a screenshot on her Instagram stories featuring the Pakistani premier showering praise. However, did the PML-N President really say that?

It seems not. Word is that it was actually an imposter account and not the real one. 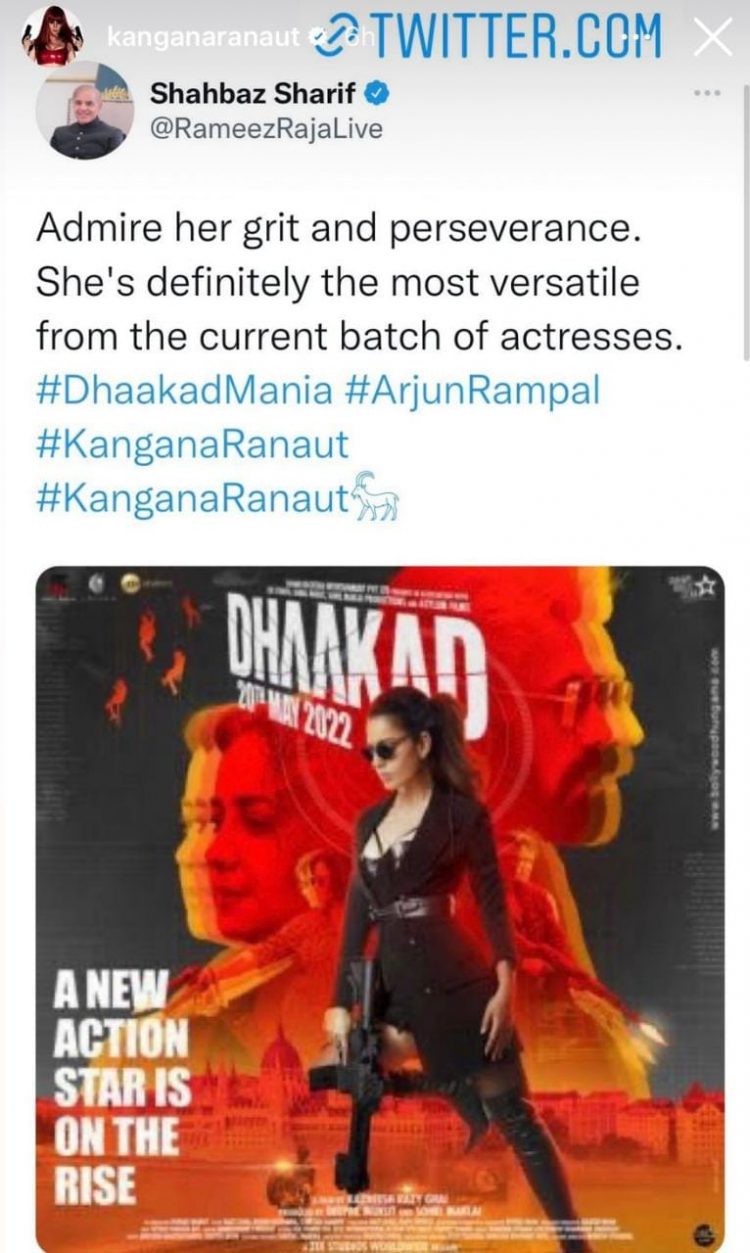 Many netizens were confused as to why is the Pakistani PM all praise for the Bollywood diva’s craft and performance.

On the other hand, the Queen diva’s works often do trend in Pakistan. Earlier, in October 10, 2021 when her film Thalaivii was streamed on Netflix, she shared a list of Netflix’s ‘Top 10 in Pakistan’ on on her Instagram Stories. Among the films on her list was her work Thalaivii. She commented on the situation saying;

“On a lighter note, jaan ke tasalli hue deshadrohi sirf isi desh me nahi hain (relieved to know that traitors are not in just our country).”

Thalaivii is still trending on number four on Pakistani Netflix.