Ever since the brutal murders of George Floyd and Ahmaud Arbery took place in the US, the so called land of the free and cultural diversity, social media users are coming out in solidarity with black people.

For the past few days, protests have been observed not only in the United States but countries like Britain, Germany and France are also protesting for the basic rights of black people.

Enough is enough they say, and with that #blacklivesmatters is circulating all over social media.

People across the world have come out in support of the movement and many celebrities are raising their voices against racism.

Turkish actress Esra Bilgic also showed her solidarity with Black Lives Matter movement and shared some anti-racist posts on her her Instagram story.

“Racism is an abhorrence that we must all reject,” she shared this post by Unicef on her Instagram story last night. 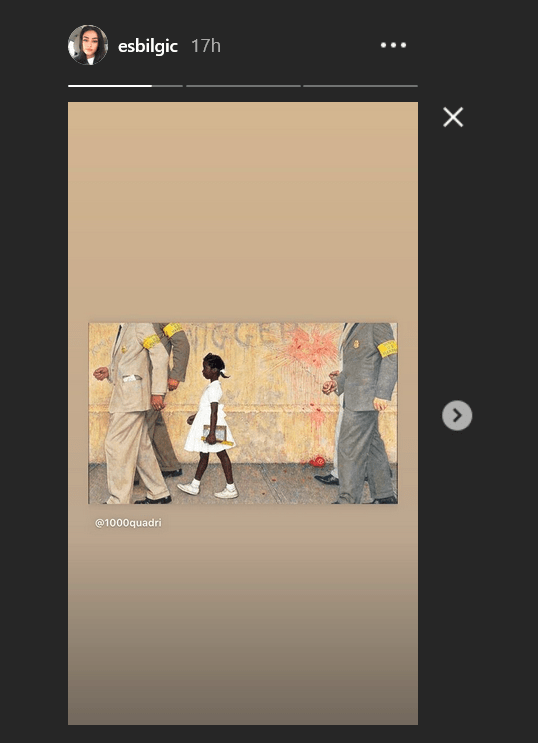 Racism is a disease that kills humanity and the people are not immune to it yet. They are fighting against the system and protecting the lives of millions of black people.

Esra Bilgic also shared a viral video of an African American girl protesting for her rights and killing of her three brothers.

“I’m tired of being peaceful. I have lost three brothers to this, sir. Three, this is not alright. I’m hurt. You don’t see my eyes? I’m hurt. My people out here hurt. I’m tired of this. I’m not scared to die.” 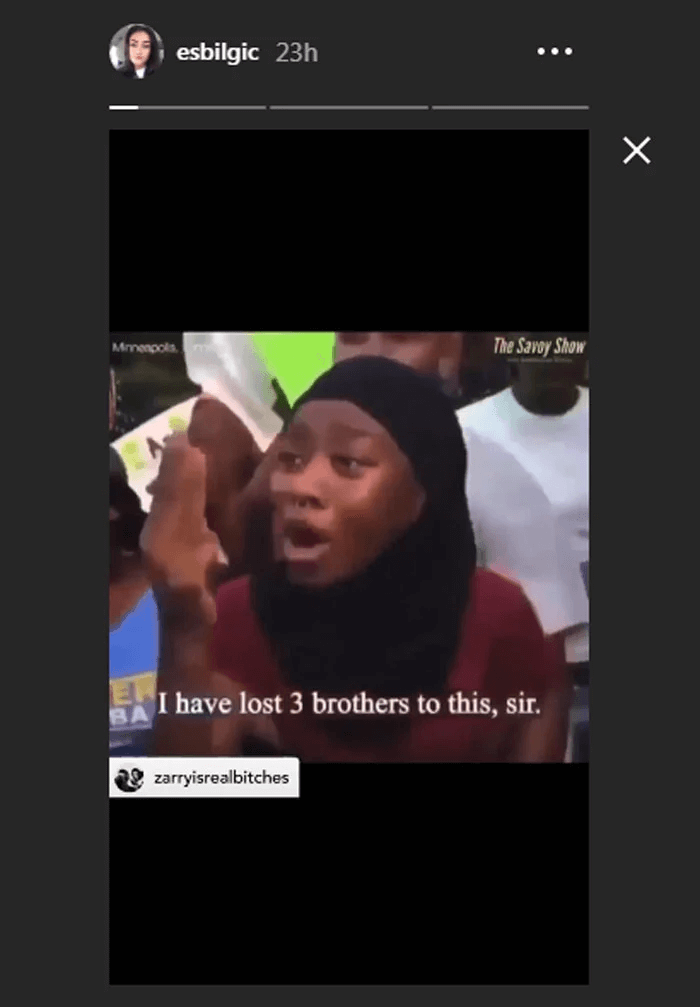