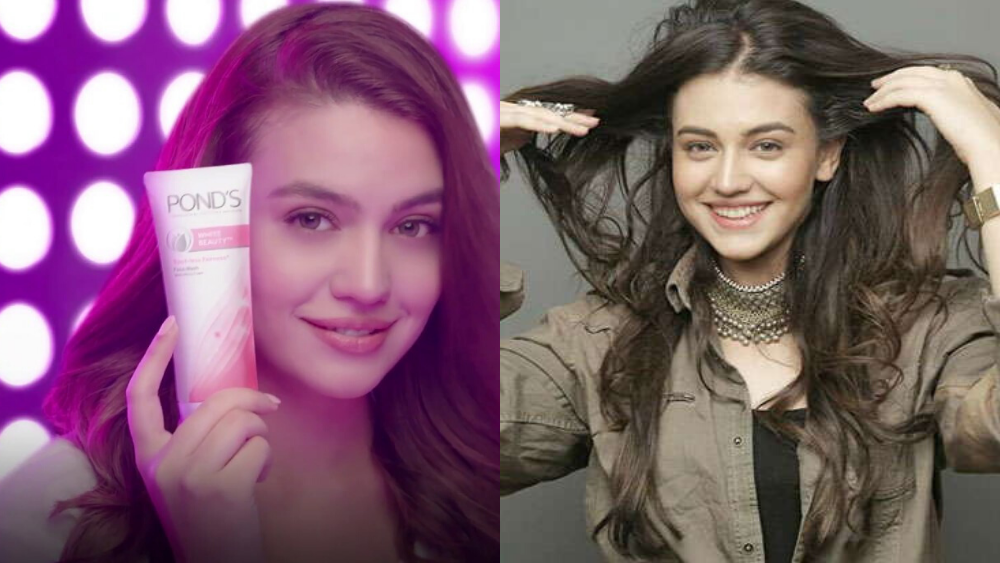 Fairness creams have been in demand in countries like Pakistan.  In fact, if one goes by the marketing blitzkrieg that the companies behind them have unleashed, one could be forgiven for thinking it’s an ‘essential’ product in South Asian culture.

For far too long Pakistani consumers have been fed the myth that having a fair complexion automatically means you’re beautiful. Regardless of the toxic ingredients that are present in such creams, popular models and actresses advocate their use.

Is it then legitimate for these actresses to take a stand now that America is fighting its war against colorism? 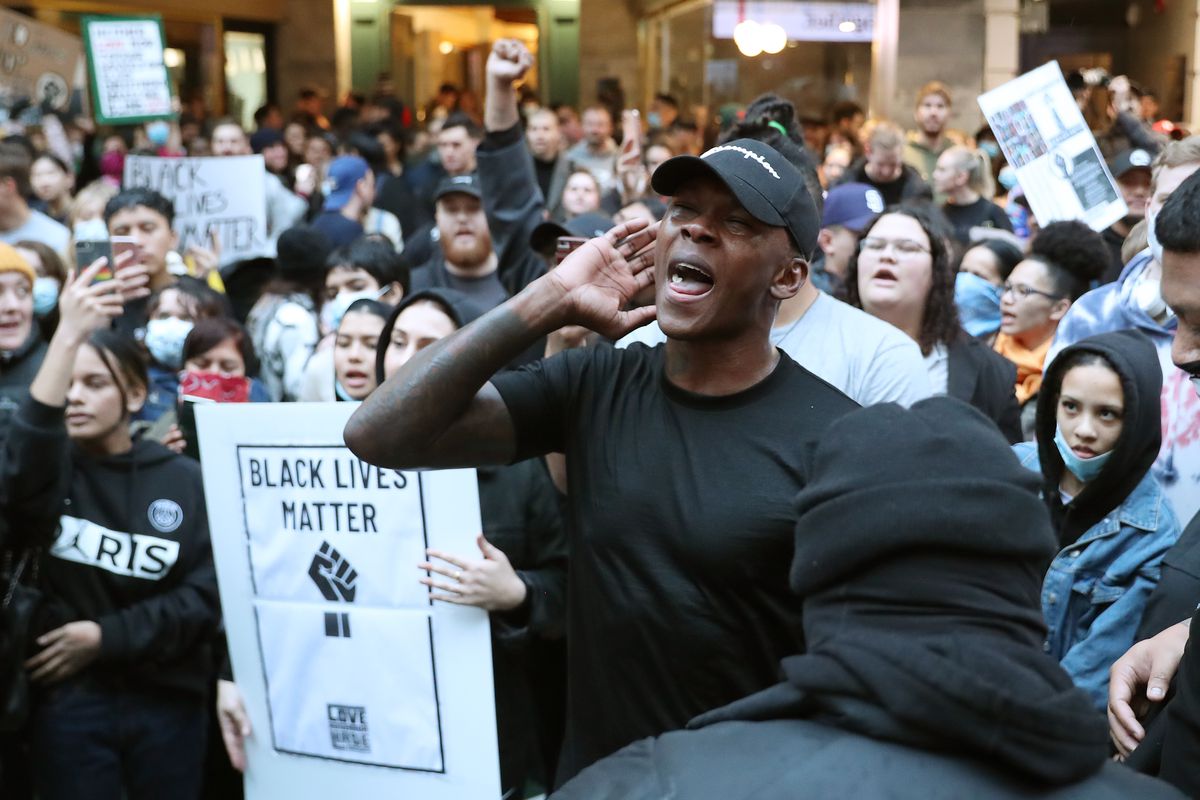 Zara Noor Abbas recently came under fire for posting a video of an African American girl on her social media profile to make a point. The little girl is sharing a heartbreaking story of her struggles in a dominantly white nation.

Any person on any given day would condemn racism, but that’s not the issue we have with Zara Noor Abbas; While she is protesting racism on a global level, the Ehd-e-Wafa star consciously ignores the seriousness of the matter in her own country.

Imagine. Our kids. People we know. Go through this. Every day of their life. Just because of their skin color. Then adds up their societal balance of class. Bank account. Assets. They have to fight for the basics such as breathing. Racism is a war. Not a threat to humanity. Its a war that we have to fight against so much so that we have to re-invent, re-grow, re-think every thought and idea about classism. Differences. Sexism. Everything.
NO ONE DESERVES THIS.

Yes, nobody deserves this. But how are celebs like Zara ignore the countless girls in our own country who are rejected in society just because of their dark skin? Kaala rang is considered a disease and fairness creams are often marketed as the cure.

Zara is been called out here because she also advocates the same fairness creams and markets them to the masses.

As one Instagram user pointed out the hypocrisy in her protest, the Chhalawa actress defended herself by stating that a facewash is not killing anyone.

Good, because that does not promote killing. Does not promote racism. Stop making this out of context when its not the agenda. Your word doesn’t matter here. What matters is human life and equality and this is what I am here for. A face wash is killing no one. 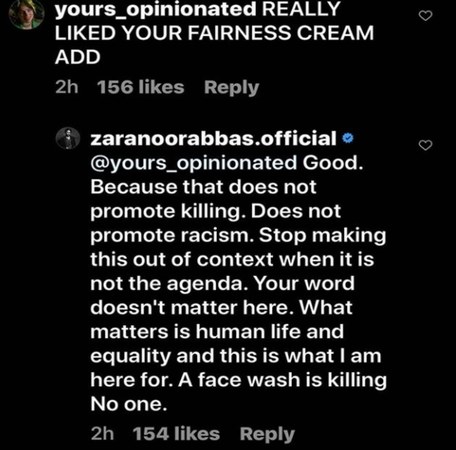 However, Zara is clearly ignoring the gora complex that most (if not all) people in a desi society like ours have. Dark-skinned girls have to work rigorously to stand out and prove themselves worthy, while a gori wouldn’t even need to move a finger to get accepted.

While it is up to the actresses to work for any brand or product that they want, it is also important for them to understand that they don’t end up promoting something that turns counter to their social stances. Young girls need to be encouraged to love themselves regardless of their color.

Many mindsets and ideologies are affected by these influential figures. Would they tell their own kids to use whitening creams? What do you think?

Hey Pakistani Media, Can We Please Stop With the Stereotypical Beauty Standards Already?