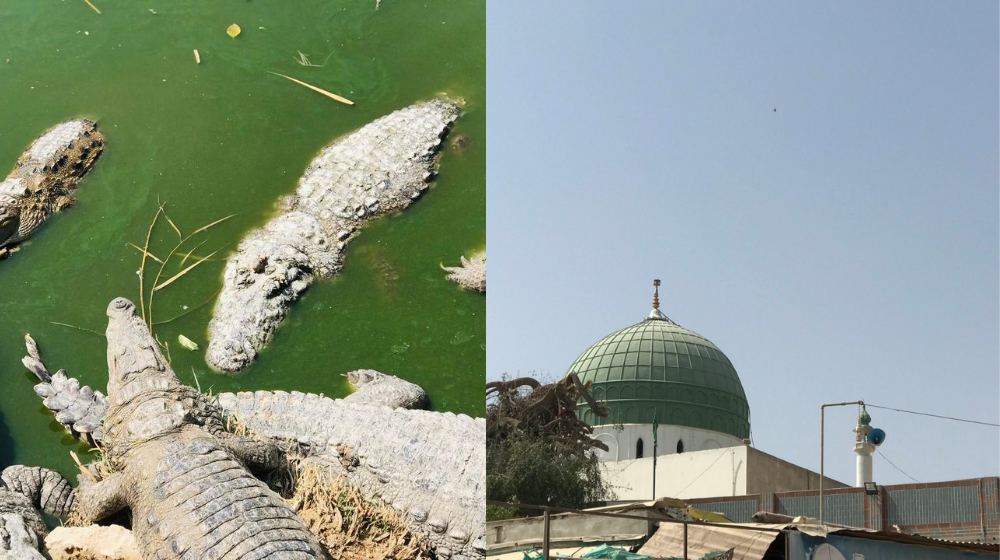 Karachi’s rains have caused mass devastation, flooding, and the loss of several lives. Social media users have taken to expressing their outrage at the sheer negligence the city has been subject to. But as it turns out, some folks used the internet uproar to spread more rumors, and terrifying ones at that.

Along with pictures that would make your heart stop, news has been circulating that crocodiles have escaped from the famous Mangopir shrines and have made it to Karachi.

But as terrifying as it is to imagine living in a real-life version of the movie Crawl, it turns out these rumors are unsubstantiated. However, now that we can sigh in relief, all the hype around crocodiles got us thinking about where these creatures came from and what the story behind them is.

It turns out their history is somewhat of a legend. According to local Sufi legends of the area, the crocodiles actually used to be lice, and were turned into crocodiles by the Sufi saint of Mangopir. You may not believe such tall tales but they sure make for an interesting tourist spot.

As per local legend, these crocodiles were actually lice and the Sufi saint of Mangopir performed a miracle and turned them into crocodiles. #SufiOriginOfEvolution https://t.co/40GFPifZop

The importance of the crocodiles in the region continues to this day. The video above depicts a ceremony from 2 years ago where the crocodiles are being honored with various rituals. And these supposed beasts have apparently developed a relationship with their caretakers.

The video of them feeding makes it seem like these deadly creatures are nothing more than pet cats and dogs. It’s amazing to see how integral they are to the area’s rich history and culture, which one of the oldest Sufi shrines in Sindh.

So there you have it. The Mangopir crocodiles are as real as can be, though, make sure you do debunk that viral video you may have received in your family Whatsapp group.

Fashion Brand Chanel Will No Longer Use Exotic Animal Skins