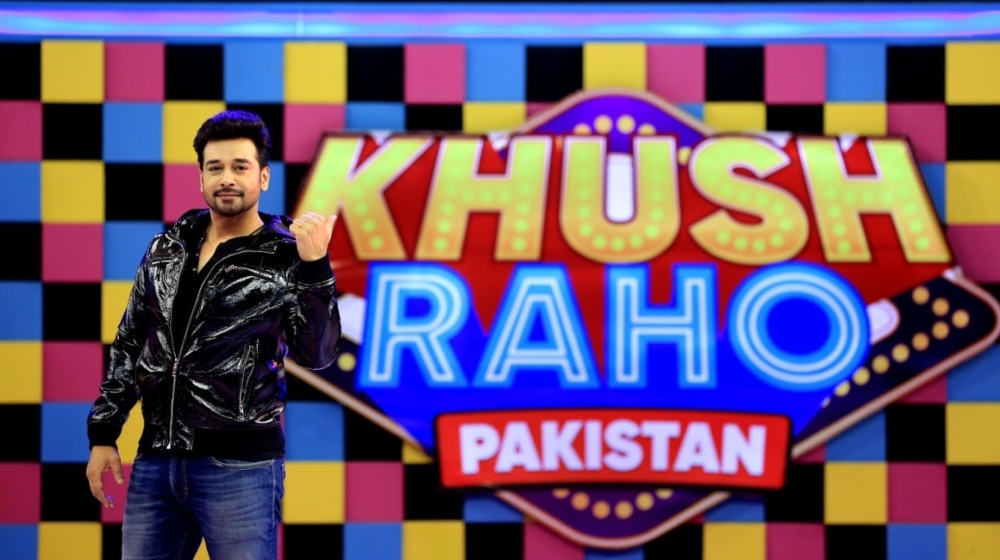 People were sad to say goodbye to Faisal Quraishi after the last episode of Salam Zindagi, but it wasn’t bye forever. The actor will now host his own game show ‘Khush Raho Pakistan‘.

He’s starting fresh on a new network. His new project, ‘Khush Raho Pakistan‘ will air on BOL TV twice a week on Thursday and Friday between 7pm-10pm.

“Khush Raho Pakistan will be on air twice a week on Bol, Thursday and Friday, from 7pm till 10pm, a 3-hour show.”

ARY’s “Salam Zindagi with Faisal Qureshi” Comes to an End

The show’s release date is set for November 28th. So why not do another morning show rather than a game show. According to Images, Faisal Quraishi told them:

“I really don’t want to do a morning show once again. I got an offer from two channels for morning shows but I refused because I wanted a change in my routine and life. In those terms, a late evening show twice a week is pretty good.”

Faisal said that Khush Raho Pakistan will try to do something new compared to other game shows. He asserted that ‘it will be an entertaining watch‘.

“We have lots of fun games. We’re trying to have different games and competitions compared to what is being done already. When the audience will watch the show, they’ll see the difference between this show and the others. In a nutshell, it’ll be an entertaining watch.”

“There are a lot of segments, there’s no one typical game that we would keep repeating. We have many games lined up.”

Are they going overboard with this or what?

“Some games are really fun and some are a little bit dangerous,”

Good things they’re keeping the dangerous stuff at bay for now. Till they’re ready to safely organize such games on national television.

“Some are a little bit dangerous which we aren’t introducing right now. But we are working on it when it’s tested out and perfected, we’ll hopefully bring it out this month or next month.”