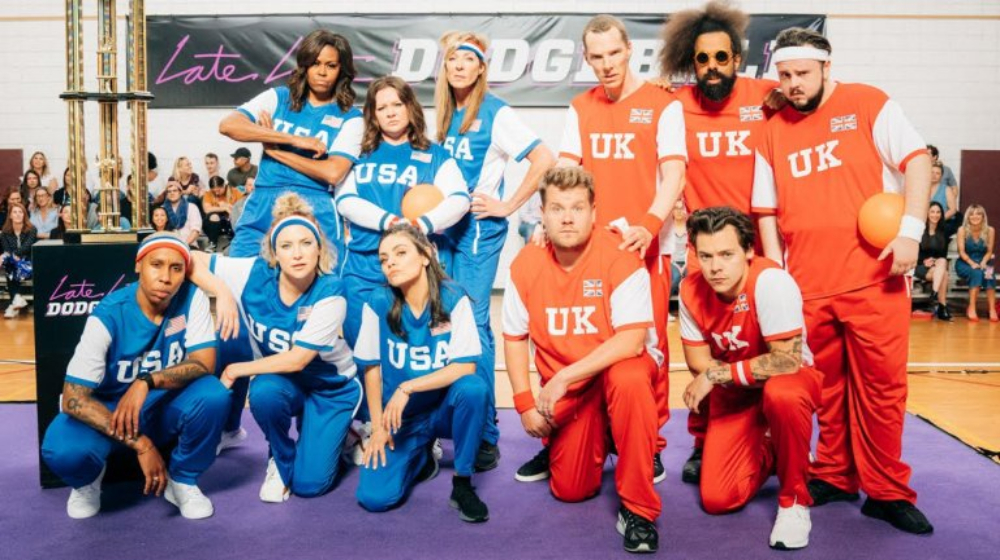 Former One Direction singer Harry Styles is beloved for smashing gender stereotypes (yes, men face this situation too). The singer recently proved that it’s okay to lose to a woman.

It does help that the woman we’re referring to is the former First Lady of the United States, Michelle Obama.

Video of the former US first lady Michelle Obama hitting English singer Harry Styles squarely in the ‘no-go’ zone (yes, men have boundaries too) in a game of dodgeball is making rounds on the Internet.

The Late Late Night Show host James Corden called this incident of Harry Styles getting struck in a vital part of his anatomy, as ‘gloriously stupid’.

Harry Styles’ teammate Benedict Cumberbatch did avenge him by securing a hit against Michelle Obama.

The cutest part was when Harry Styles asked for her autograph afterwards (like the rest of the team).

Clips of #HarryStyles in the dodgeball game in the #LateLateShow 👇 pic.twitter.com/irAYxmsMzP

This ‘accident’ took place in a dodgeball tournament for the Late Late Night Show.  The Late Late Show UK specials will feature this special episode.

An unlikely but intense dodgeball rivalry was settled on the @latelateshow. https://t.co/YSSWrJy2rO

Angelina Jolie Is Now A Contributing Editor for Time Magazine