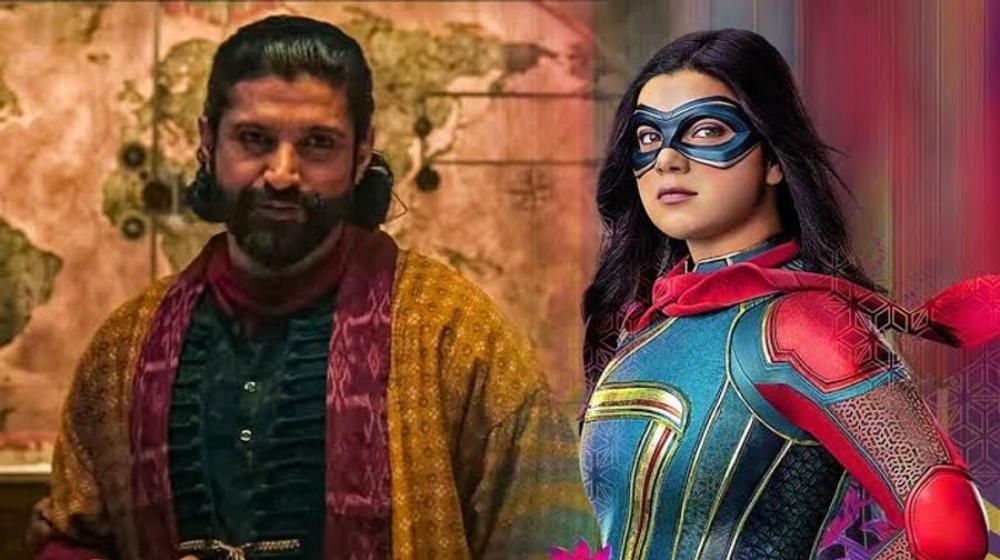 Indian actor and director Farhan Akhtar voiced how he’s glad to be part of the Disney plus series Ms. Marvel. He’s glad he’s part of a show that marks the debut of a Muslim superhero on screens.

In an interview with AV Club, the Rock On actor talked about this show just being the first to break the brass ceiling.

“I consider myself lucky to have been part of the very first Muslim superhero show Marvel ever created. There is so much love coming in for Kamala. Ms Marvel will open doors for more such content. There has to be a first and it happens to be now. We should all be thankful that it is happening and we look forward to some more fun times.”

He also talked about the work that was poured into the magic by the writers, directors, and our lead actress.

“A lot of the work was done by the writers, [director] Sharmeen Obaid-Chinoy, and [executive producer] Sana Amanat. They had already created a huge backstory for Waleed by the time I came on board. It helped me understand the character a lot more with details like, when did he first cross paths with Aisha [Mehwish Hayat], when did he first see the bangle, and what is his own history? By the time I came to shoot, I had understood who Waleed is and what his purpose is in Kamala’s story.”

Meanwhile, he didn’t say much about his character ‘Waleed’ which was teased in episode four of Ms. Marvel.

“I am not allowed to answer, ….. People must enjoy Kamala’s journey, that’s what’s important.”

All we know is that Waleed is the leader of the Red Daggers, a vigilante group. And that he helps Kamala Khan against Clandestines, led by Najma.

Additionally, on the matter of his reduced screentime in his Hollywood debut, the actor voiced how he thinks they all just need to support Iman Vellani as Kamala Khan, as this is a milestone.

He added, “It really was important for him to be there for Kamala and therefore, for me as an actor, to be there for Iman. She is carrying this show and is doing an incredible job of it. She’s a naturally gifted actor. Apart from the knowledge Waleed has to impart to her, I was also focused on getting the audience to feel that Waleed does have affection for the girl and not just the bangle. He recognises there’s something special in her.”

What do you think about Farhan Akhtar as Waleed thus far? Let us know in the comments below.