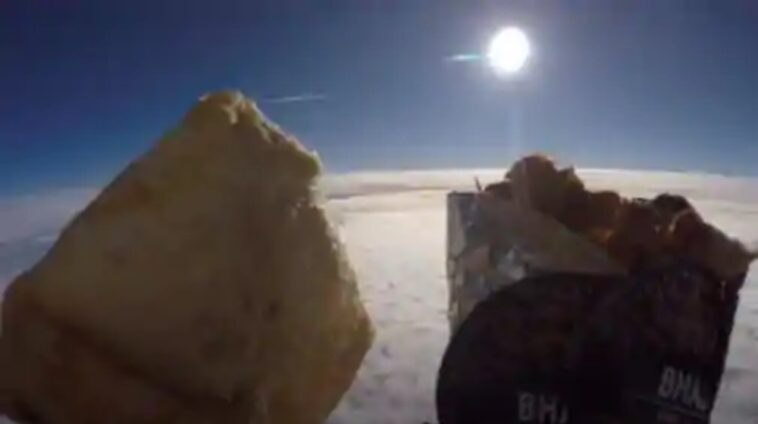 All restaurants try and offer the best food they can create, but one man took the idea of ‘food out of this world’ too far. An Indian restaurant in the United Kingdom actually tried to launch a samosa into space.

The Indian eatery, ‘Chai Walla‘ in Bath, is known for being one of the best-ranked restaurants in the region.

Chai Walla tried to launch a frozen samosa into space because the owner Niraj Gadher, a British-Indian man, thought it was a good idea. The probability of the group successfully doing so aside, why add to more debris in the exosphere?

Well, he was really just trying to cheer everyone up in these dark times.

“I said as a joke once that I would send a samosa into space, and then I thought during this bleak times we could all use a reason to laugh.”

He sure got that part done. Unfortunately his samosa went down in numerous launch attempts.

“The feedback is that it’s bought a lot of laughter from people and that’s what we wanted really, to spread joy,” Niraj said.

Niraj Gadher and his group tried using helium balloons to launch their regionally famed samosa into space. On their first attempt, the balloons slipped from his hands. In the second attempt, there was insufficient fuel to generate enough thrust for launch. You know what they say, third time’s a charm.

It took two helium balloons for a successful launch. The frozen snack was paired with a GoPro camera and a GPS tracker. The GPS was added to follow the samosa’s space journey, however, the GPS initially malfunctioned. So maybe the balloon did make it to space until the balloons collapsed?

When the GPS was functioning again they discovered that the frozen package had crash-landed in France. The group then sent out a message for the space voyaging snack’s recovery.

Someone named Axel Mathon found the samosa in a field in Picardie, France.

‘I was quite surprised when I received this message on Instagram. I didn’t understand why he contacted me, because it’s still an hour from my house,” Axel Mathon exclaimed.

It was a bit like a treasure hunt, I thought it was crazy! … Well, this is in a lost field in Picardy.”

Well you know what they say, the sky is the limit! 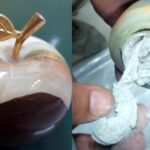 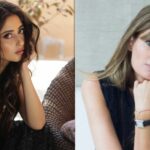